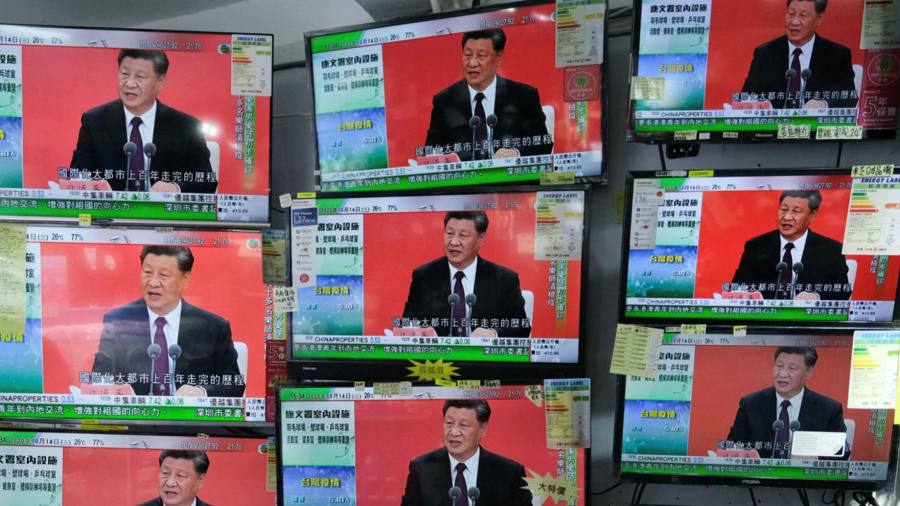 Sign up to myFT Daily Digest to be the first to know about Xi Jinping news.

Two recent conversations with executives from China-facing companies — one big in games, the other online education — have found both frazzled by an ulcerating summer second-guessing Chinese president Xi Jinping. Both suspect they are now dealing with the world’s fiercest tiger parent.

The first was a discussion about China’s abruptly declared war on games and its August ban on the nation’s under-18 gamers from playing for more than three hours a week. Draconian stuff, undoubtedly. Practically hard to enforce, some contend. But clearly part of the Communist party’s “common prosperity” social engineering ambitions where many of its regulatory cards remain unrevealed and unplayed.

At the same time, it should not have been completely unexpected. China’s restrictions on screen-time, though eye-catching and share-price crushing, may represent just an extreme version of a policy that other governments — and would-be tough-love parents — may wish they had the dictatorial chops to impose. Some games industry analysts have been warning that something very like this might happen after the World Health Organization added “gaming disorder” to its international classification of diseases in 2018.

Might China’s assault on the games industry have arisen, I asked, because companies have been deliberately coding for addictiveness as well as attractiveness in their products? No way, spun the games executive smoothly: the industry would be crazy to do such a thing if that meant putting the next generation of gamers at any kind of health risk.

This line stood out not because it sounded disingenuous (which it did) but because of the last industry that leaned on its debatable logic. When big tobacco started deploying versions of this argument in the 1980s and 90s, it was because they knew the jig was up and that the worldwide reckoning would now come.

If China has successfully cudgelled its domestic games companies — over 200 of which genuflected and pledged a new regime of self-regulation last Friday — into describing themselves even subconsciously via the PR lexicon of smoking, it is reasonable to assume that the three-hour rule could stick.

The conversation with the executive of the online tutoring company, meanwhile, naturally centred on China’s crackdown on the $120bn private education industry. Some time was spent discussing the ingenuity that is now likely to be applied. It then veered to the question of “tiger parents” and who — between the Communist party and millions of families driven by the tiger octane of fear and aspiration — made a better implacable tyrant in children’s lives. Xi, she argued, didn’t want to destroy the tigers, but to out-tiger them.

The thought seemed counter-intuitive. The avowed intention of China’s cull on the tutoring industry is to remove the inequalities and financial burdens of an educational arms race — the very theatre of war in which tiger parents are forged. The more defanged these parents are over the longer term, runs the next tier of justification, the fewer barriers middle-class couples will see to having larger families. Tiger parents, especially the richer and thus more empowered, appear to be the enemy here. Arguably, they are the model.

For now the government’s narrative, both on games and private tutoring, may be about the desirability of evening-up the educational battleground, freeing up time, improving family life and generally recovering the many billions of combined hours per week that children lose to games or extra classes. But that should not be expected to last. Games may be, in the eyes of some generations, a waste of time, and private tutoring may be acutely burdensome and unfair, but they have at least kept a very large number of young people occupied in a way that neither the facilities of the state nor an idyll of family life can immediately match. The government has, so far, been vague about how exactly it thinks the newly released time should be spent.

But Xi, the tutoring company executive suspects, must have something more concrete in mind. His ambitions for the state have two strikingly tiger parent features: the belief that ambition is something to be imposed rather than fostered, and the fear that inaction will inevitably lead to something undesirable.

Companies and investors, who have in the space of a few weeks agonised over the fate of the property sector, seen cryptocurrencies made illegal and watched the entertainment industry cuffed with new rules are cringing at the prospect of the next landscape-altering surprise from Beijing. Hugely significant, for the longer term, may be how the state decides children’s free time should be spent.

US inflation heats up in September as pressures persist