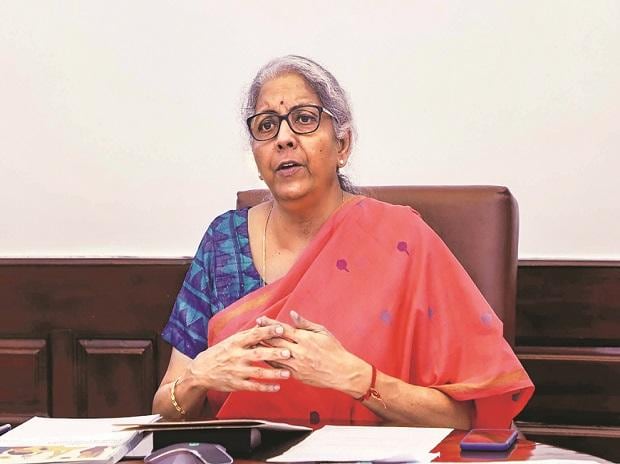 It is worrying that scholars can be now influenced and become imprisoned by their own likes and dislikes rather than comment on the basis of facts, Finance Minister Nirmala Sitharaman has said, as she took a swipe at Nobel Laureate Amartya Sen for his views about the BJP government.

During a conversation organised by the Mossavar-Rahmani Center for Business and Government on Tuesday, Sitharaman was asked by Harvard Professor Lawrence Summers that “number of people in our community”, notably economist Sen has expressed rather strong reservations about the BJP government.

He said there’s a feeling that the legacy of tolerance has been very much called into question and that the attitude taken by “your government to the Muslim population is something that comes between the United States, given our values of universalism and inclusion, and India.

During the conversation at Harvard Kennedy School, Sitharaman said that even the issue of violence in states not governed by the BJP will be at the doorstep of the prime minister because that suits my narrative.”

Sitharaman said she respects Dr Amartya Sen, who you mentioned, and I would think for every one of us, he goes to India, moves freely around and finds out what’s happening. That itself would help us to know, particularly a scholar, who is talking based on facts.

It’s one thing to have a view and totally another to base it on facts. If opinions become my prejudice, there’s no way in which I can counter it, Sitharaman said.

She said that sometimes it is an effort similar to waking up somebody who’s pretending to sleep. If you’re genuinely sleeping, I can tap on your shoulder and say, Please wake up’. But if you’re pretending to sleep, will you wake up. You can’t, you won’t. And I’ll be fooling myself thinking I’m waking you up.

She told the audience that in India, law and order is a subject which is each province for its own.

But even that will be at the doorstep of the Prime Minister because that suits my narrative. It is not right because in that state, in that province, law and order is governed by the elected Chief Minister of that region who is not even a party man for Prime Minister Modi, she said.

Sitharaman said, tell me the number of people who have criticised Prime Minister (Narendra) Modi in such derogatory words, calling him names, abusing him. Has any one of them been touched, have they been questioned. Whereas in non-BJP ruled states, when the chief ministers have been questioned, first thing is to arrest them and put them in jail. I’ll name the states where this has happened.

In fact, some of them are still languishing in jail for having spoken ill of a particular elected Chief Minister who belongs to an opposition party. Would the same set of scholars who are talking about Prime Minister Modi also comment on those states and say what’s happening – India’s tolerant culture,” she said.

She recalled that in 2014 when Modi came into power, there were a series of attacks on churches.

“And there again there were voices. People returned their awards, the Padma Awards that we give in the country, the highest civilian awards, saying this government is against minorities, look at the way Christians are being treated, churches are being attacked, she said.

She said that every state in which this happened had its own investigation, committees and police belonging to the respective states.

She added that similarly, after 2019 when Prime Minister Modi came back with an even better, stronger mandate, this campaign which is going on to say that there is communal violence, communal whatever.

Again a question of law and order being a state subject. Each state has its own. In states where parties who care nothing for the BJP, there has been atrocious violence. Is that also something to be answered by the prime minister.

Flight crew, air traffic controllers to be tested for drugs from January