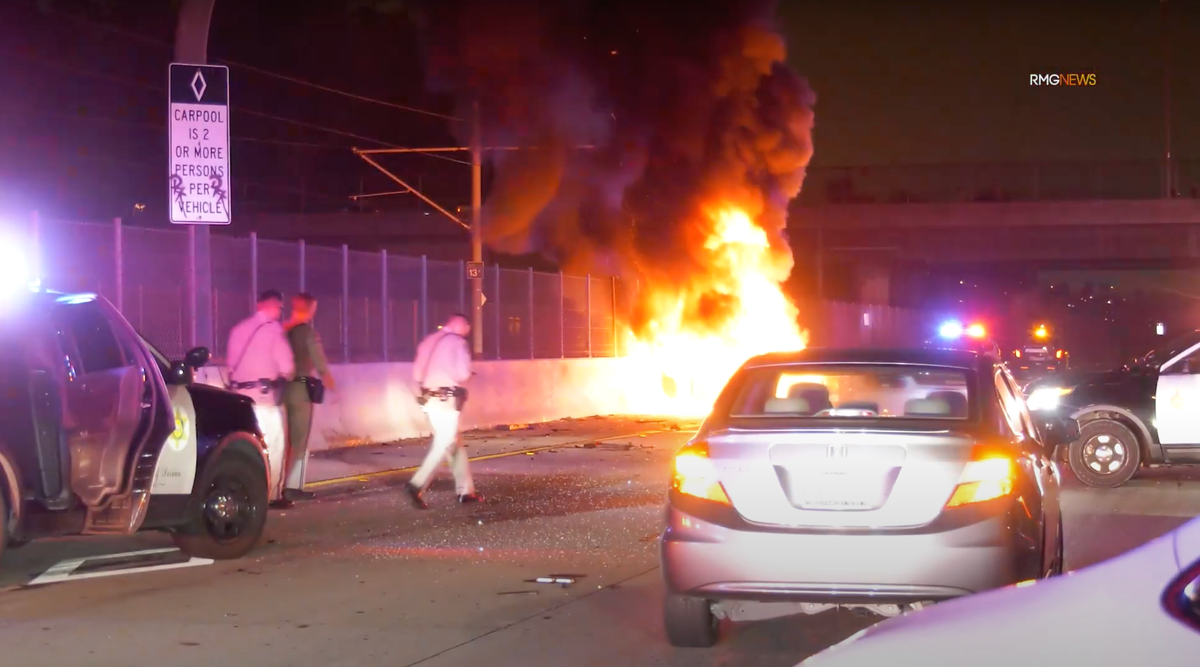 A driver in California has been arrested after she allegedly crashed into a police SUV, setting it on fire and injuring three officers.

Witnesses say the California Highway Patrol vehicle was parked on Interstate 105 in Downey, diverting traffic away from an earlier accident, when the out-of-control driver sped into it at about 1.30am on Thursday.

“The driver applied no brakes and went straight into the CHP car, all four wheels off the ground,” Robert Martinez, who witnessed the crash, told CBS Los Angeles. “That car flipped, CHP stood on the ground, and shortly after is when the CHP car went up in flames.”

Two CHP officers sitting inside the SUV were moderately injured, the news outlet said, while a third officer who was standing next to the vehicle was more seriously hurt.

“He was outside the vehicle when he got hit,” a witness named Dylan told CBS. “He was bleeding from the back of his head, large head contusions, broken legs. We went over and helped him out as much as we could.”

The three officers were rushed to St Francis Medical Center, and are all expected to survive. Witnesses say the two officers inside the SUV were helped out of it before it caught fire.

Video footage of the incident shows the CHP vehicle completely engulfed in flames.

Meanwhile, the 41-year-old woman accused of causing the crash was arrested on suspicion of driving under the influence. Her name, and the names of the victims, have not yet been released.

The Independent has reached out to the CHP for more information.

Over the wall: One Palestinian’s journey to Al-Aqsa Mosque