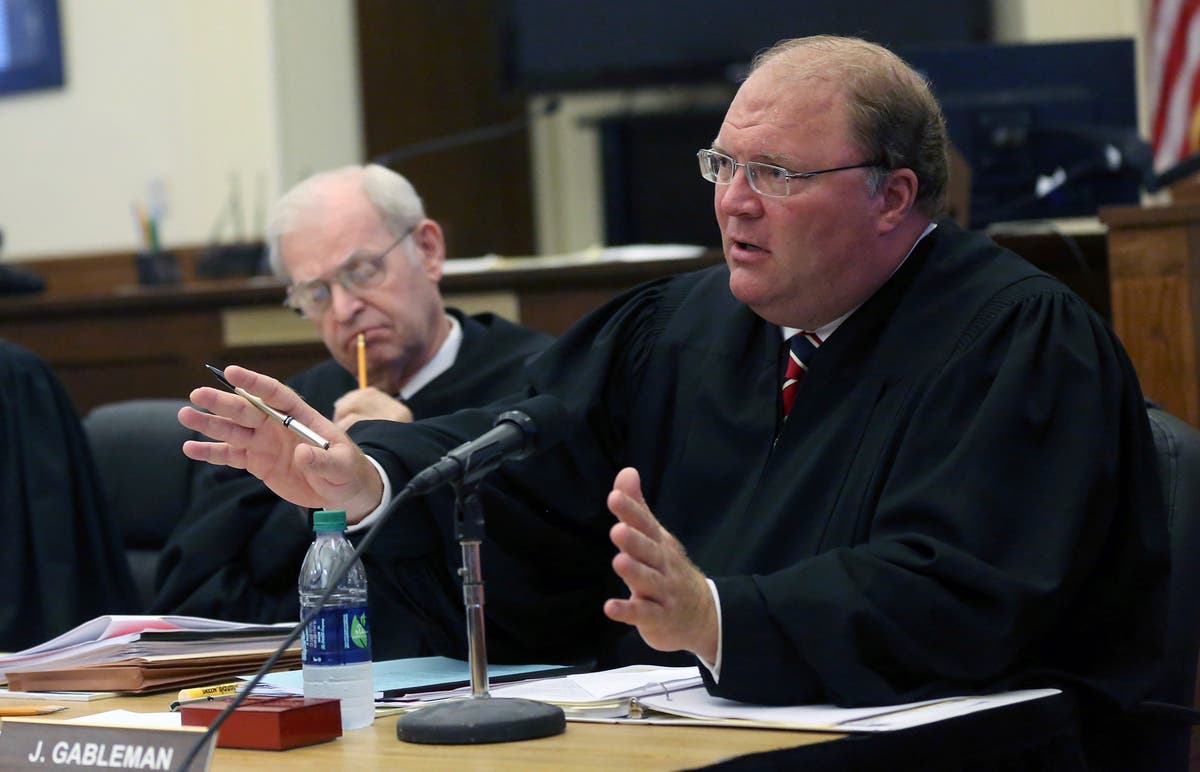 Wisconsin election clerks are reacting with a mixture of concern and confusion to the first inquiry made by a special investigator hired by Republicans to examine how the 2020 presidential election was run in the battleground state.

Based on an Associated Press survey of all 72 county election clerks, the email Monday from the lead investigator landed in the junk folders of at least seven counties and wasn’t received by at least 10 others. Several that did get it flagged it as a security risk.

Clerks for at least six counties said they would not be forwarding the email to municipalities in their jurisdiction as the investigator, former Wisconsin Supreme Court Justice Michael Gableman, requested.

“If there was fraud, it wasn’t in my county,” Christopher Marlow, the Lincoln County clerk, told the AP. “We keep very accurate voter lists and we are diligent in our work. All our voters are alive and received one vote each!”

Former President Donald Trump won Lincoln County with 61% of the vote in 2020.

The pushback and confusion from clerks is just the latest twist in Wisconsin, where conservatives at Trump’s encouragement are ordering investigations into the 2020 election. President Joe Biden carried the state by just under 21,000 votes.

Republicans have authorized an investigation by the nonpartisan Legislative Audit Bureau, which is expected to be done this fall. A handful of Republicans, including the Assembly elections committee chairwoman, are pushing for a broader review similar to the much-derided effort in Arizona led by Cyber Ninjas, a small cybersecurity firm based in Florida picked to lead the review.

The elections committee chairwoman, Rep. Janel Brandtjen, tried to subpoena voting machines, ballots and other election data in two counties. But her request was rejected by both counties, citing a state law that said the subpoenas had to be signed by Assembly Speaker Robin Vos to be valid.

Instead, Vos hired Gableman, at a cost to taxpayers of nearly $680,000, to lead another investigation.

But it’s off to a rocky start.

Two retired police detectives Vos initially hired to assist Gableman quit this summer, saying the job would take more time than they anticipated. Vos then revised the contract with Gableman, giving him authority to hire whoever he wants.

Gableman has already traveled to Arizona and attended a conference in South Dakota led by MyPillow founder Mike Lindell, where election conspiracy theorists made presentations. Gableman is also consulting with Shiva Ayyadurai, a losing U.S. Senate candidate who appeared in a conspiracy theory-fueled film and falsely claimed a million ballots were destroyed in Massachusetts, the Milwaukee Journal Sentinel reported on Tuesday.

On Monday, an email signed by Gableman was sent to at least 23 of the state’s 72 counties, based on the AP tally. The email included an attachment addressed to clerks, asking them to preserve “any and all records and evidence” related to the 2020 presidential election. It also asks the county clerks to share the email with more than 1,800 municipal clerks who run elections.

Even though Gableman’s name was in the body of the email and on the attached letter, the email itself came from someone named “john delta” at a gmail.com address. The pdf attachment lists “Andrew Kloster” as the author. He is a former Trump administration official and an attorney. Neither he nor Gableman responded to a request for comment.

The format of the email raised concerns in several Wisconsin counties.

“The sender was not the person signing the email and a PDF attachment from an unknown sender is considered suspicious,” said Liz Otto, Green Lake County clerk. “Our IT Department has advised deleting any and all suspicious emails and/or attachments. Since this email falls into that category, I did not open it and will not be forwarding it on to any of our municipal clerks.”

Trump won Green Lake County with 67% of the vote.

Ashley Reichert, the Washington County clerk, said she got the email but won’t open the attachment until her IT department verifies that it is safe to do so. Trump won that county with 68% of the vote.

Clerks in the two largest counties of Milwaukee and Dane said Gableman didn’t understand how elections work because he asked for information retained on voting machines, but all data is kept on memory cards and then loaded onto servers.

Trump lost in both of those counties and recounts upheld Biden’s win.

Several clerks objected to Gableman asking them to preserve records that state and federal law already requires them to maintain for 22 months after an election.

“For me it was really a ‘nothing’ letter,” said Trent Miner, the clerk in Wood County, which Trump won with 59% of the vote.

Americans’ income fell and poverty rose in 2020 against background of pandemic, census shows