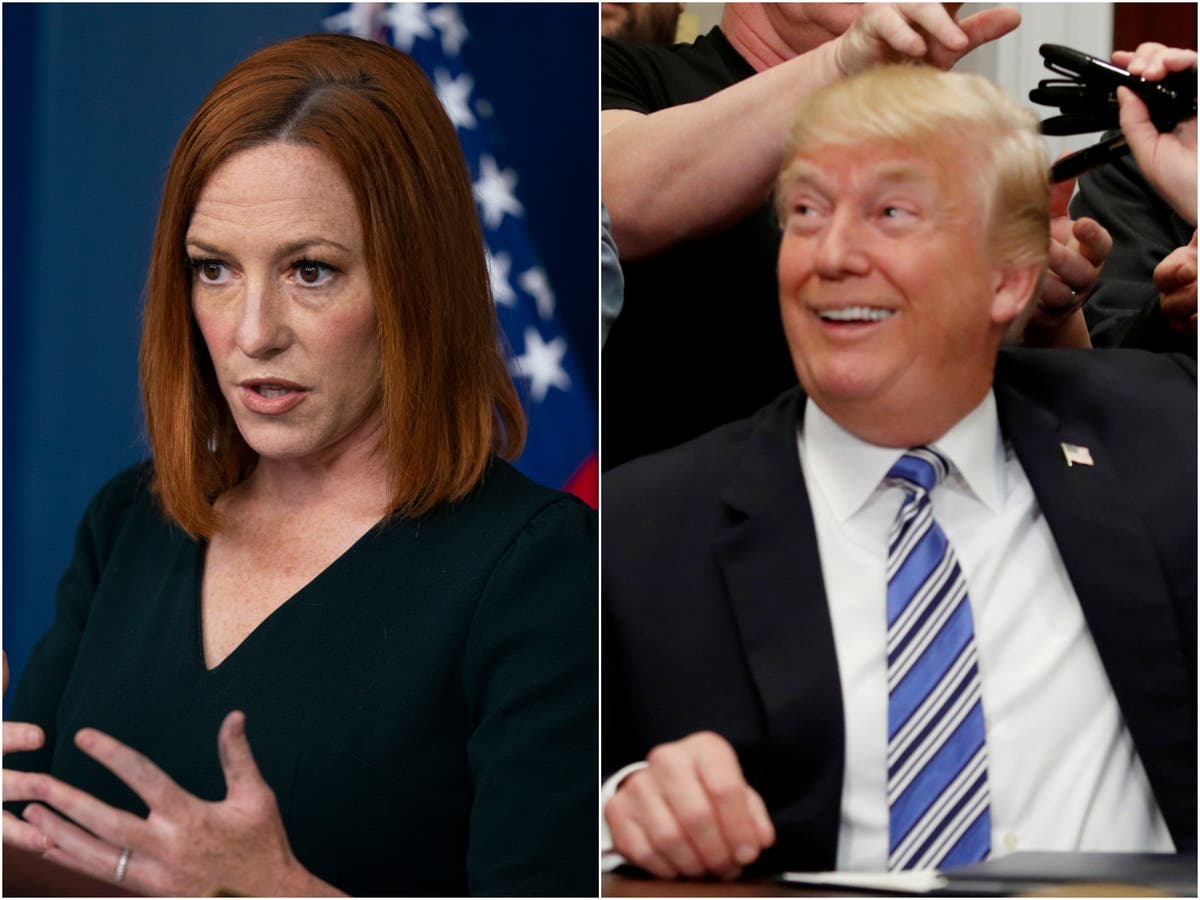 White House press secretary Jen Psaki’s answer as to whether the Biden administration’s messaging operation would change if Facebook decides to reinstate the account of former President Donald Trump was a simple “no”.

Facebook’s independent Oversight Board is expected to announce its decision on Wednesday whether the company will reverse or uphold its indefinite ban on Mr Trump.

A reporter asked Ms Psaki during a briefing on Tuesday: “If [Mr Trump] is reinstated is there any change in strategy that the White House would put in messaging? In other words, if he’s on these platforms expressing his views, does that change what you do at all?”

The former president was banned from Facebook, Instagram and a number of other social media sites and platforms in the wake of the Capitol riot on 6 January.

But for months before that, Mr Trump had been violating Facebook policy by spreading lies and sowing doubt about the validity of the 2020 election.

Mark Zuckerberg, the CEO of Facebook, wrote on 7 January: “We believe the risks of allowing the President to continue to use our service during this period are simply too great.”

In late January, Facebook’s vice president for global affairs and communications Nick Clegg told NPR: “We believe we took the right decision. We think it was entirely justified by the unprecedented circumstances on that day.”

Mr Clegg, the former leader of the Liberal Democrats and deputy prime minister of the UK, added: “We think it would be much better if there were democratically agreed standards by which we could take these decisions. But they don’t exist at the moment. And that’s why we created this independent oversight board, made up of figures from journalism, academia and ex-politicians.”

He said the board is “a bit like a court,” and will “scrutinize actions we take and decide in a thoughtful way whether we got it right or not. And that’s what we’re asking them to do. And their decision, by the way, will be binding on us”.

The board was created a year ago and makes the final call on tough decisions Facebook has to make about what its users can post on the platform. The board received more than 9,000 public comments in the case of Mr Trump, more than any other case.

In an emailed statement to reporters on Monday, Mr Trump continued to spread misinformation about the 2020 election, falsely stating: “The Fraudulent Presidential Election of 2020 will be, from this day forth, known as THE BIG LIE!” The former president would likely take those messages directly to the public if he were allowed back on social media platforms.