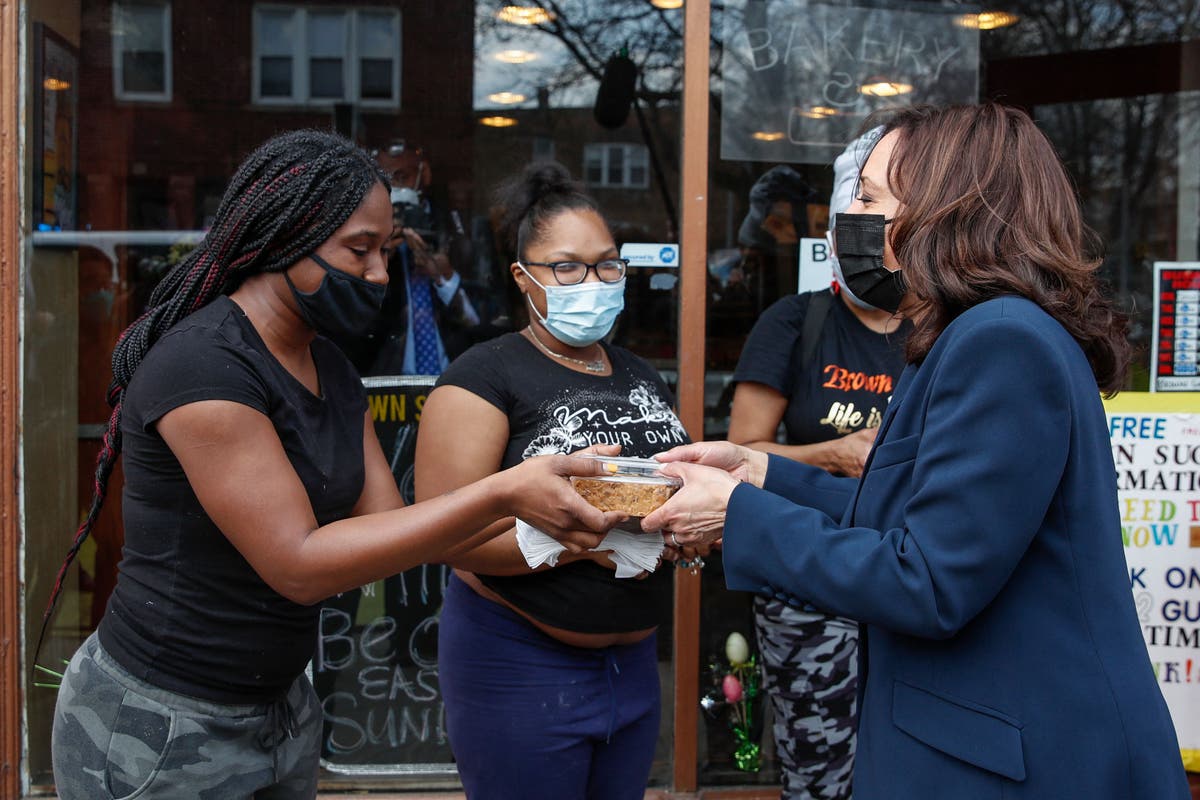 The White House has responded to right-wing anger at Kamala Harris’s trip to a Chicago bakery.

Fox News attacked the vice president’s visit to pick up a piece of German chocolate cake, “even as she faces scrutiny for not having visited the overwhelmed southern border”.

Ms Harris was in Chicago to visit a vaccination site and popped in to the Brown Sugar Bakery on the city’s South Side while she was there.

“The vice president was visiting Chicago actually to talk about Covid and the importance of communities getting the vaccine when it is available and accessible to them,” said Ms Psaki.

“So, while she was there like many Americans she got a snack. I think she is allowed to do that.”

Ms Harris stopped in Chicago on her way back to Washington DC from a weekend trip to California.

“She could have gone to a million other places, but she came here, and I’m grateful for that,” one bakery worker told ABC7.

When Ms Harris arrived back in the nation’s capital on Tuesday evening she finally moved into the vice president’s official residence at the Naval Observatory, more than two months after her inauguration.

She and husband, second gentleman, Doug Emhoff had been staying at Blair House while the Navy carried out essential maintenance work following the departure of Mike Pence.

US Capitol on lockdown after possible shooting