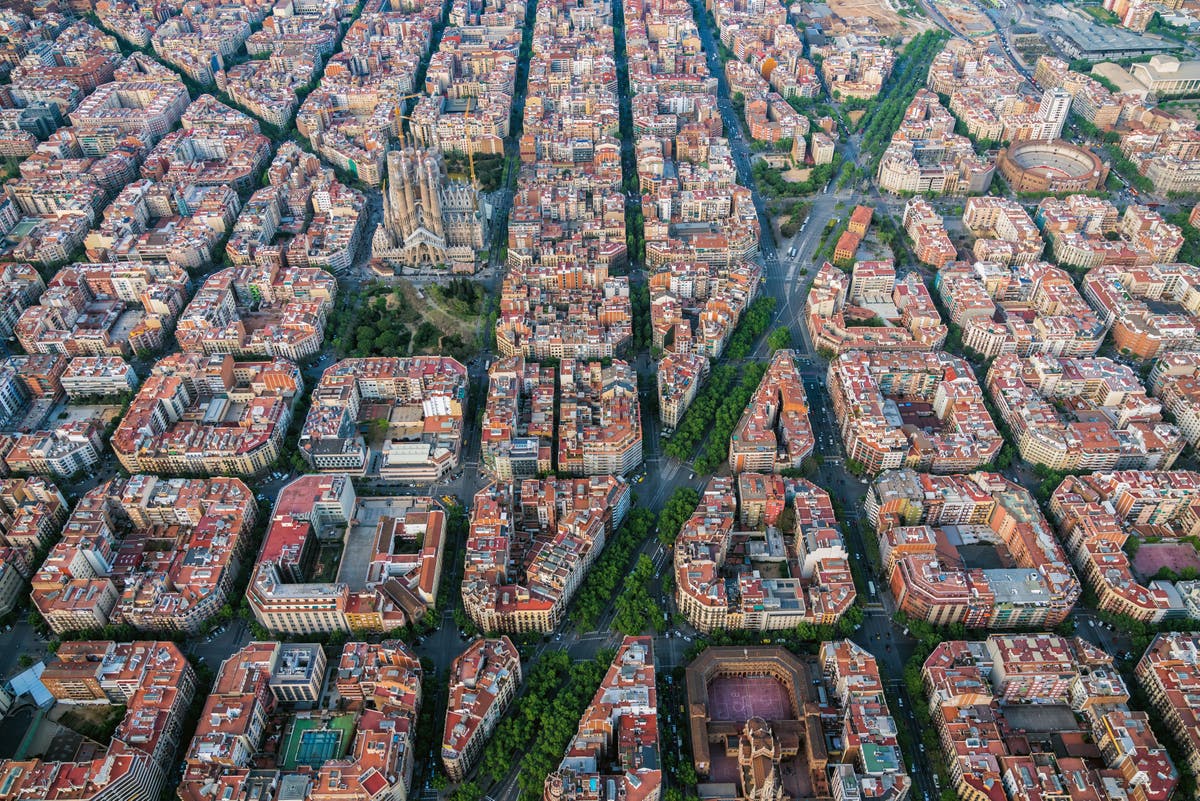 Climate scientists in Barcelona say painting the roofs of the city’s iconic skyline white could reduce temperatures by nearly 5 degrees Celsius during heatwaves.

In 2020, the city endured its warmest year for more than 200 years with an average temperature of 16.8 degrees Celsius.

The frequency and intensity of heatwaves in cities are increasing due to climate change, affecting the health of the population. Urban building materials like asphalt and brick store solar radiation throughout the day and release it slowly at night.

Climate change researchers at the Universitat Autònoma de Barcelona (UAB) are pioneering a project to paint the city’s rooftops white to reduce temperatures.

The paint would increase the percentage of sunlight reflected by the surface without being absorbed by the building.

A combination of painting rooftops and increasing urban green areas from 32.5 per cent to 35.9 per cent of the city could reduce temperatures by up to 4.7 degrees during heatwaves, the experts claim.

Sergi Ventura, a meteorologist from UAB, told Euronews: “In our study, we have detected an average reduction in temperature of 0.8 degrees during heatwaves. And peaks of up to four degrees lower at certain locations and during certain hours of the day.

“We are collaborating with public entities such as [Barcelona’s] Urban Master Plan.

“They are in favour of painting roofs white. But so far nothing is being done. This is a low-cost strategy.

“And according to our predictions, in a city like Barcelona it would work even better than increasing green spaces.”

The forecasted decrease in heat also has positive effects on energy consumption, with an estimated 26 per cent less spending on air conditioning.

Will Prince Andrew have to go to the US to testify in Virginia Giuffre lawsuit?

Visualising the race to build the world’s fastest supercomputers