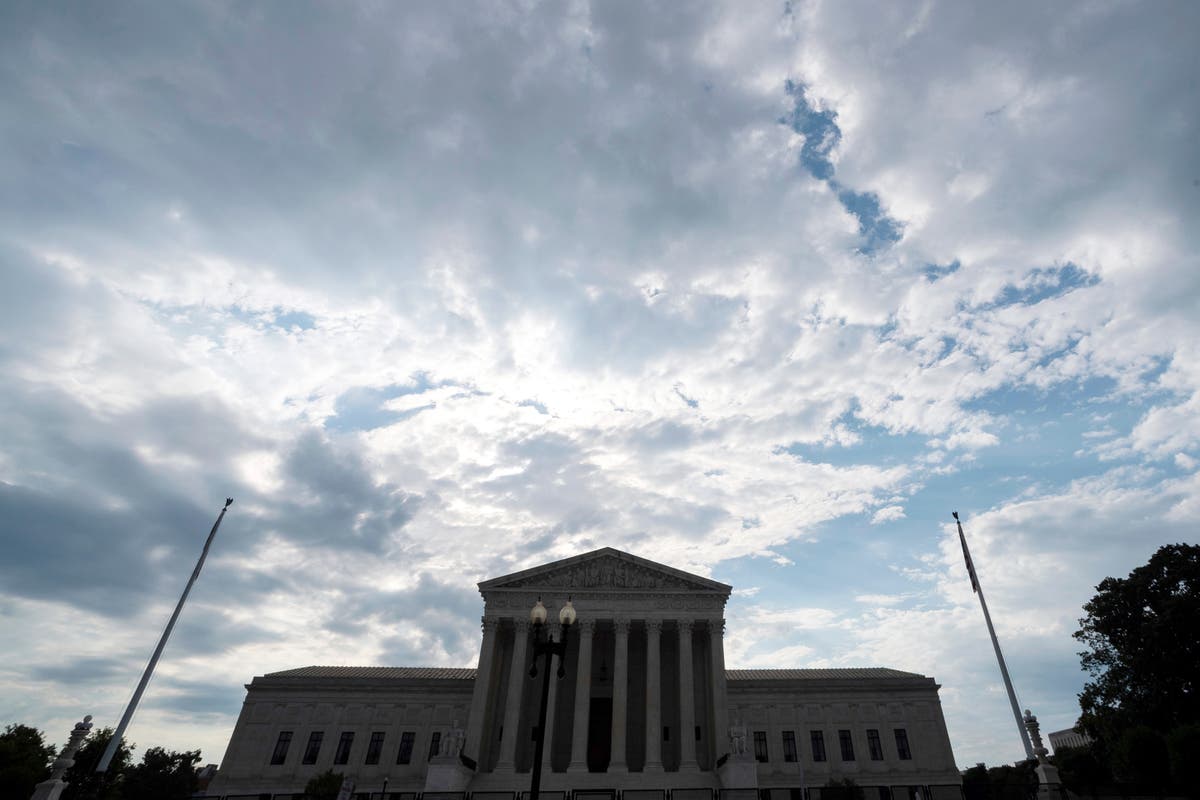 The US Supreme Court is in the middle of issuing rulings in more than two dozen cases as the court nears the end of its term, with some of its biggest decisions expected at the end of June. The most highly anticipated decision is concerning the future of Roe v Wade. A leaked draft opinion from the high court indicated that a majority of justices are prepared to overturn the decades-long precedent.

The nation’s high court will release opinions on its website at 10am ET on opinion issuance days marked in yellow on its calendar.

The court’s next opinion issuance day is set for Tuesday 21 June.

On those days, opinions are typically released in 10-minute intervals and in reverse-ranking order – e.g., opinions to be released that day that are written by the newest justice on the court, Justice Amy Coney Barrett, would come first, followed by those written by Justices Brett Kavanaugh, Neil Gorsuch, Elena Kagan, Sonia Sotomayor, and so on.

The public does not know what opinions will be released ahead of time, nor how many will be released. When an “R” number is added to opinions released that day, justices have signalled that they are done releasing their rulings for the day.

Justices meet on conference days to discuss cases in private, vote on petitions for review and handle other court matters.

Opinions are imminently expected in several higher-profile cases, described below.

The issue: Abortion rights and whether the court will overturn Roe v Wade

The court is deciding whether to rule in favour of a Mississippi law blocking abortion at 15 weeks of pregnancy, on a question of whether all elective abortions are constitutional; the court is likely to overturn 1973’s ruling in Roe v Wade, which affirmed constitutional protections for abortion access, and its affirming ruling in 1992’s Planned Parenthood v Casey, which prohibits states from placing an “undue burden” on access. A rejection of those precedents would likely end federal protections for abortion care in more than half the US where it is not explicitly legal or protected under state law.

The issue: Immigration and whether the administration must or can end “Remain in Mexico”

The administration has tried to stop the Donald Trump-era programme that forces asylum seekers to remain on the other side of the US-Mexico border while their cases are pending in the US. Several court rulings have said the programme must be restarted. A case against the US Department of Homeland Security could establish precedent affecting presidents’ abilities to rein in previous administrations.

New York requires gun owners who want a license to carry a concealed weapon to show they have “proper cause” to carry it, including self-defense reasons. The court is considering whether the Second Amendment allows the government to prohibit firearm owners from carrying handguns outside their homes for self-defense – which could challenge precedents on concealed-carry restrictions and rules about how and where Americans can carry guns.

A high school football coach led team prayers in the middle of the field during games. The school warned him to move them somewhere more conspicuous; he refused and his contract was not renewed, kicking off a legal battle backed by right-wing groups over school-sponsored prayer and First Amendment rights.

Nineteen states are asking the court to review the scope of the EPA’s authority over the regulation of greenhouse gas emissions under the Clean Air Act; the court is considering whether Congress gave the EPA broad authority to regulate industry emissions, which could have larger consequences for the Biden administration’s agenda to combat the climate crisis.

The unusual new superyacht concept with a giant glass eye

Ivanka Trump recalls father’s final Jan 6 call with Pence: ‘You are a wimp’