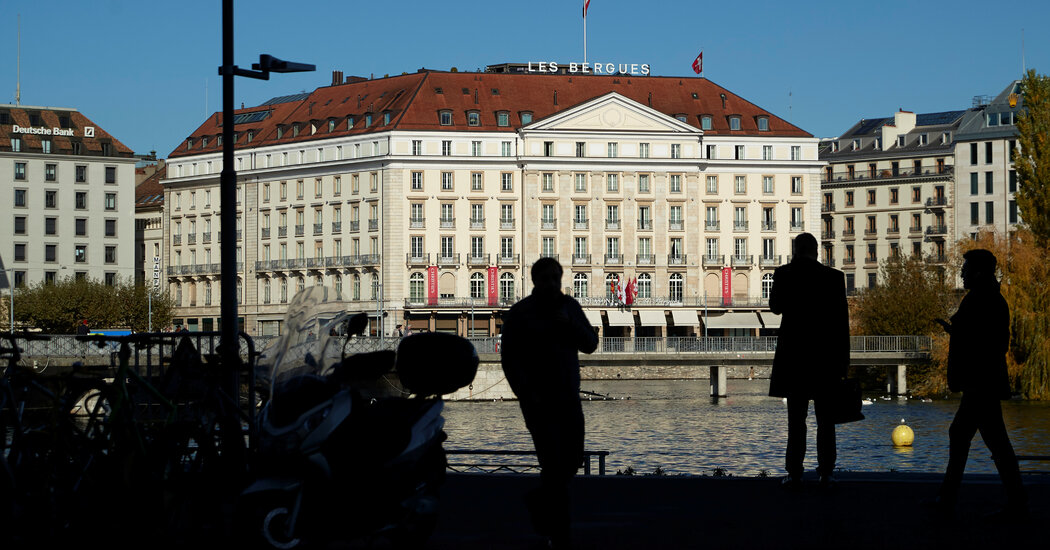 The shift online of fairs like Watches and Wonders has affected more than just the watch industry.

For Geneva and Basel, those Swiss cities that traditionally have been hosts of the largest watch fairs as well as other big gatherings like the Geneva International Motor Show and Art Basel, the domino effect from a physical event — or the lack of one — touches a wide range of other businesses, from airlines to the laundry services that wash visitors’ sheets and towels.

“It’s a large ecosystem,” said Adrien Genier, chief executive of the private nonprofit organization Geneva Tourism & Conventions. “It’s not only about the hotels there, and the cafes and restaurants. It’s much broader than that.”

He said that affected businesses included florists, bakers, grocers and limousine services, as well as the catering companies that served the off-site events customarily held during watch fairs like the Salon International de la Haute Horlogerie, Watches and Wonders’ predecessor that commonly was known as S.I.H.H., and Baselworld, now called Hour Universe.

The revenue that trade shows bring into a city is significant. For example, organizers said S.I.H.H.’s last physical fair in Geneva — in 2019 — had 23,000 attendees. In general, according to a 2015 study commissioned by Mr. Genier’s organization, each visitor who stayed at the city’s top hotels spent an average of 450 Swiss francs (about $475) during their stay, not including the cost of accommodation.

The effect on hotels has been especially intense. The Hotel President Wilson, a 226-room luxury property in Geneva that was popular with fair attendees from abroad, typically was sold out during S.I.H.H., and traditionally extended the operating hours of its restaurants and bars to accommodate visitors and guests. During the fair, “basically, the hotel is running 24 hours a day,” said Pablo Pizarro, the hotel’s general manager.

Accommodation in Switzerland, it should be said, can be expensive — especially in Basel, the subject of fairgoers’ complaints about availability and pricing for years. At the Grand Hotel Les Trois Rois, the five-star property in Basel that has been a popular spot during Baselworld, the normal price of a king-bed room with a view of the Rhine starts at 775 Swiss francs. In a typical year, the hotel said it had gotten an average of 3,000 requests for its 101 rooms, beginning a year in advance.

Of course, online fairs have come at a time when Switzerland, like other countries, is reeling from Covid’s economic impact. In 2020, the country’s hotels made about 3.4 billion Swiss francs less than they did in 2019, according to Christophe Hans, head of public affairs at the HotellerieSuisse, a Swiss trade organization.

In Switzerland, the effect of lockdowns and travel restrictions was felt most significantly in large cities like Geneva and Basel: Hotel business in those cities declined 70 percent in 2020, compared with 2019 totals, according to Mr. Hans. (And 2021 may not be much better. The Grand Hotel Les Trois Rois, for example, has been closed since November, although it is scheduled to reopen on April 12.)

Fairs moving online can impact cities like Geneva in other ways, too, Mr. Genier said. “The image of Geneva around the world being the cradle of watchmaking, and still lively and still the capital of that, can be damaging for us if the physical fair isn’t held.”

The (Watch) Show Must Go On

Can the Gleam of High-End Watches Thrive on Audio-Only Clubhouse?

Turmoil Continues for the Artisans Behind Italian Fashion