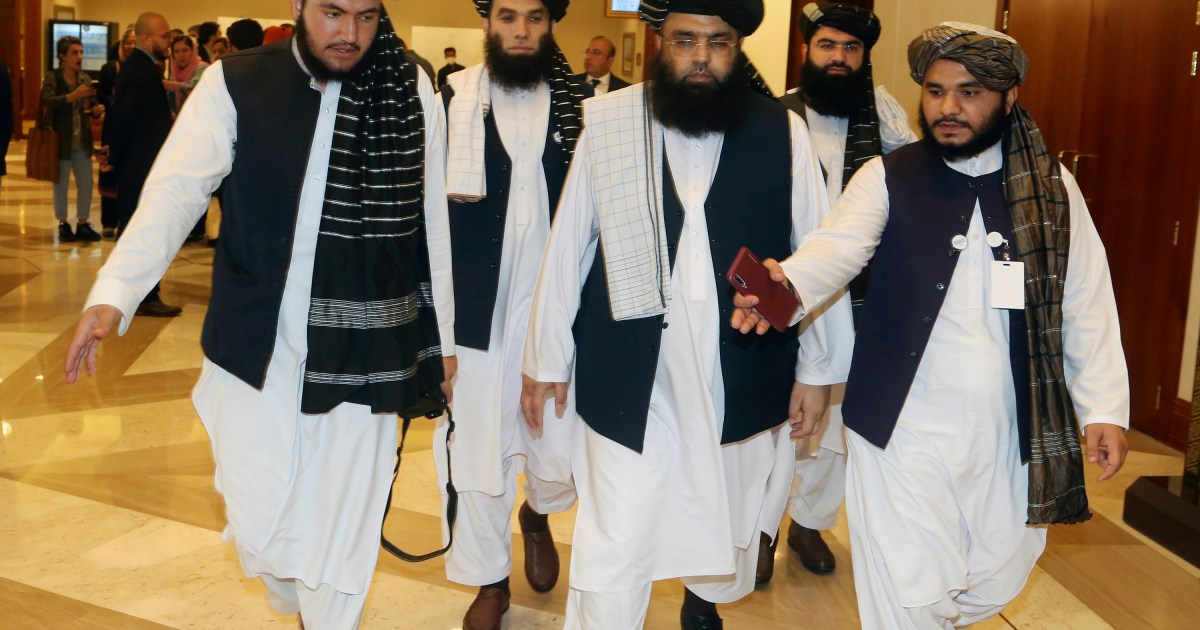 A waiver that exempts top Taliban officials from a long-standing United Nations travel ban and related sanctions is set to expire, with rights groups saying the restrictions should be reimposed based on the group’s oppression of women since taking power last year.

The United States has not given an official stance on the current extension, which reportedly is set to be discussed by the UN Security Council (UNSC) next week. It officially expires on Monday.

In 2019, at the behest of the administration of former US President Donald Trump, the Security Council first waived the long-standing travel ban imposed on 41 Taliban officials to allow 14 leaders to travel for “peace and stability discussions”. That came amid negotiations between US and Taliban officials in Doha, Qatar that culminated in a February 2020 deal in which Washington agreed to withdraw all troops and contractors from Afghanistan in exchange for guarantees US personnel would not be attacked in the process.

In September of 2021, shortly after the Taliban took control of Afghanistan in a lightning-fast sweep across the country, the administration of US President Joe Biden requested the first extension to the waiver. At the time, the US mission at the UN told the Wall Street Journal that the waiver “facilitated in-person communications between the Taliban and US and other international officials, allowing us to state clearly our expectations for their behavior”. The waiver was last extended for 90 days in March.

Officials in the Biden administration remain starkly divided on how to proceed, with some arguing the waiver is essential to maintaining dialogue with the Taliban, according to Foreign Policy magazine. Others have expressed frustration with the Taliban’s backsliding on human rights, particularly women’s rights, and their failure to form an inclusive government, according to the magazine.

Supporters of extending the exemption include Norway, a member of the UNSC and a pen holder on the Afghan file, meaning it leads negotiations and the drafting of resolutions related to the country. Oslo in January hosted intra-Afghan talks, including Taliban officials and Afghan civil society, aimed at alleviating the humanitarian crisis in the country.

Henrik Thune, Norway’s deputy foreign minister, told The Guardian newspaper in a statement that “the travel ban exemption is first and foremost a tool to facilitate contact with the de facto authorities.”

“In our opinion, this continues to be crucial if we want to influence the trajectory of the future of Afghanistan,” he wrote.

Opponents to extending the waiver include Heather Barr, the associate director of the women’s rights division at Human Rights Watch, who wrote in early June that the UNSC has an “opportunity to refocus the ban on specific Taliban leaders who have been implicated in serious rights violations”.

She specifically identified three Taliban leaders as warranting “special attention”: Abdul-Haq Wassiq, the head of the intelligence agency “whose forces have carried out extrajudicial executions and detained and beaten journalists”; Shaykh Muhammad Khalid Hanafi, the head of the Ministry for the Propagation of Virtue and the Prevention of Vice, “who has imposed many of the most egregious restrictions on women and girls”; and religious leader Haibatullah Akhundzada “who reportedly played a decisive role in extending the ban on girls’ secondary education”.

“Afghan women and girls are watching their rights vanish before their eyes,” she wrote. “They need more from the world than concern. They need action.”

Writing on The Hill website in May, Annie Pforzheimer, a former acting US deputy assistant secretary of state for Afghanistan, said the continued exemption “represents the creeping normalisation of international relations with a regime that overthrew a constitutional republic and an official ally of the US, has murdered our allies and stolen the rights of its people and – most relevant in this case – is still openly cooperating with other terrorists”.

She noted Taliban officials had used the exemption to conduct diplomacy with Russia and China, calling on the US to “use its powers of persuasion, and, if necessary, its veto, to stand against any further attempts to extend the travel ban exemption”.