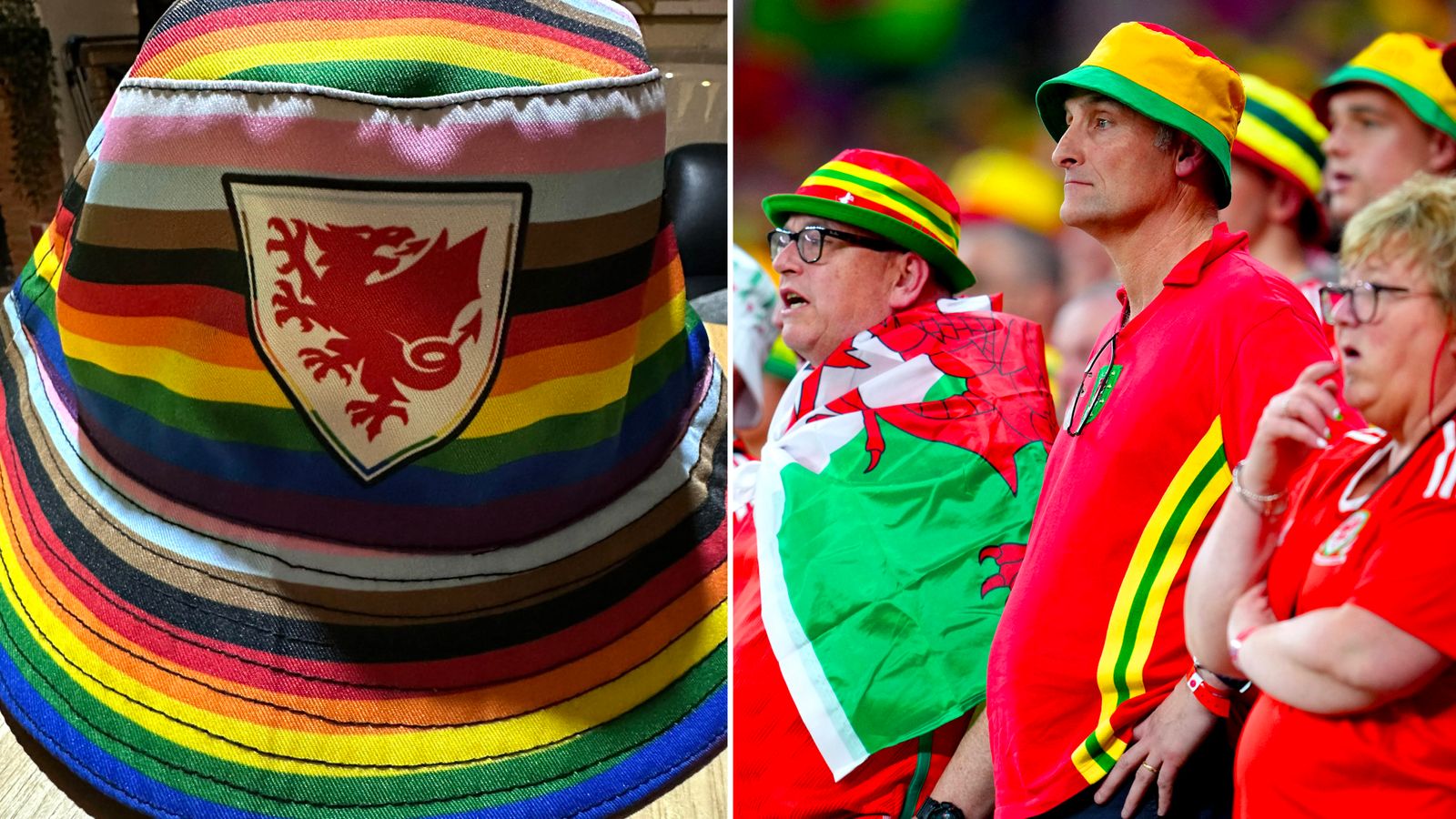 The Welsh FA has said it is “extremely disappointed” after fans were told to remove their Rainbow Wall bucket hats ahead of their World Cup match against the USA.

Wales supporters wearing the hats claimed they had them confiscated ahead of their side’s opening match in Qatar last night.

Following yesterday’s match, which ended in a 1-1 draw, the Football Association of Wales (FAW) have today released a statement saying that they will be addressing the matter directly with FIFA.

In a statement, the FAW said: “On Monday Cymru returned to the FIFA World Cup for the first time in 64 years, an historic moment for the squad, the valued fans – The Red Wall / Y Wal Goch – and the nation.

“However, the Football Association of Wales (FAW) were extremely disappointed by reports that members of Y Wal Goch, which included FAW staff members, were asked to remove and discard their Rainbow Wall bucket hats before entry to the Ahmad Bin Ali Stadium. These bucket hats were created in partnership with the FAW.

“The FAW has collated information on these alleged incidents and will be addressing this matter directly with FIFA today (22 November). The FAW will not be releasing any further comment at this stage.”

Last night, LGBTQ+ supporters group Wales‘ Rainbow Wall said that while male fans wearing the hats were allowed to keep them, female fans had the items taken from them by officials at the stadium in Qatar before their opening World Cup fixture.

It comes amid a raft of similar reports from supporters of different nations at the tournament who have had clothing or flags bearing the rainbow design taken off them by officials.

Qatar – where homosexuality is punishable with up to three years in prison and which has an appalling human rights record – has faced mounting condemnation over its approach.

“I had a conversation about this with stewards – we have video evidence. This #WorldCup2022 just gets better but we will continue stand up for our values.”

Bucket hats have become hugely popular among Wales fans over the past decade, with huge numbers in the crowd choosing to wear them to attend the country’s first World Cup match since 1958.

The yellow, green and red garments are worn in their thousands by the so-called “Red Wall”, with a rainbow version also produced.

Wales’ Rainbow Wall wrote: “Our rainbow bucket hat. We are so proud of them, but news on the ground tonight is our Welsh female supporters wearing them in #Qatar are having them taken off them, not the men, just women.

“@Fifacom are you serious !! #LGBTQRights.”

Read more:
What are Qatar’s homosexuality laws?
England and Wales make mark on World Cup on day of off-pitch drama

A US supporter is also understood to have been threatened on the Metro travelling to the stadium for carrying a small rainbow flag.

A man who appeared to be a Qatar supporter threatened to “kill” the man, saying the flag “was not allowed” and “that flag is banned in this country”.

“We have our own culture,” he added.

Biden, Trump in final push to shore up support ahead of midterms

As Musk is learning, content moderation is a messy job

Trump rebuked for call to suspend Constitution over election