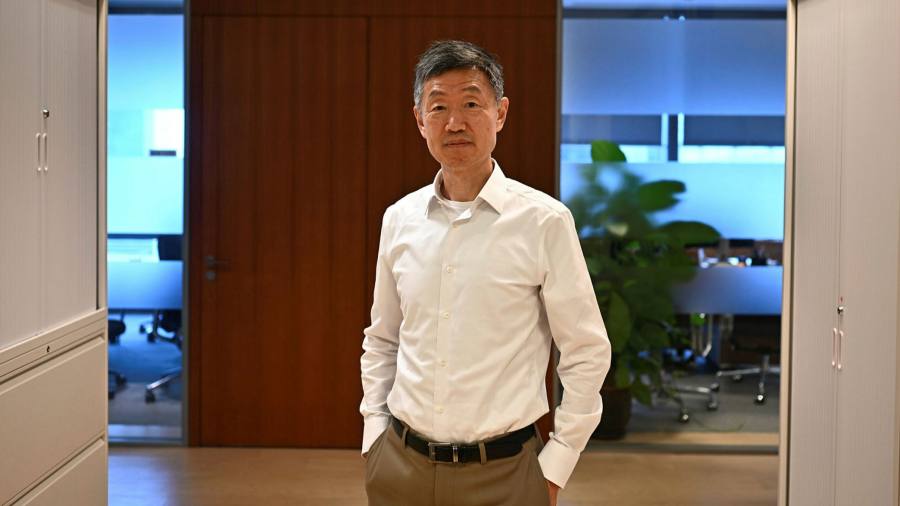 It is highly unusual for a prominent Chinese businessman to criticise Beijing’s policies.

And it is all the more surprising that the indictment of the Communist party’s “draconian” zero-Covid rules that have “semi-paralysed” large parts of the Chinese economy came from Weijian Shan.

Shan, the 68-year-old head of private equity group PAG, is usually a vocal supporter of the country’s government. He has defended China’s “war on terror” in Xinjiang and its “territorial claims” over Taiwan in columns in the South China Morning Post. In an interview with the Harvard Business Review last April, he said: “Despite initial blunders, China has handled the coronavirus pandemic well through strict lockdowns and mass testing.”

A symbol of the success of capitalist China, Shan, who was appointed to the board of Alibaba in March, has profited richly by balancing his relationships on the mainland with the increasing appetite of international investors for the “prize” of Chinese consumers, in Shan’s words.

He rode the country’s shape-shifting trajectory over the past half a century to take the top spot among a small group of Chinese businessmen who launched funds across the border in Hong Kong, luring tens of billions of dollars from institutions in the US, Europe and the Middle East to invest in a string of highly successful companies.

Through Shan’s deep mainland connections and fluent Mandarin, PAG’s investors have received early access to Chinese start-ups and key industries such as financial services and industrial gases that would have been otherwise off limits. The returns have been vast. PAG filed for a $2bn initial public offering in Hong Kong last month that would value the company at up to $15bn.

It was in a meeting with brokers in the run-up to the IPO that Shan made the comments, which he had not expected to become public.

Painting a grim picture of a deep economic and political crisis in China, Shan said: “I think that to a very large extent the crisis is man-made.” He added: “We have a leadership who thinks they know what is best for the economy and what is best for the livelihood of the people. Unfortunately I think their knowledge and their rationality are both limited.”

The fallout is uncertain. When Alibaba founder Jack Ma criticised China’s financial regulation, he went missing for three months and the IPO of his payment’s firm Ant Group was shelved.

That Shan was emboldened to express such critical views — even to a small group of people in Hong Kong — shows the mounting concern among local financiers at the fiercely isolationist pandemic policies, which have frozen investor sentiment. Chinese markets have been hammered by a year of punishing regulatory interventions by Beijing. The ongoing Shanghai lockdown has rattled China’s business elite.

A portfolio manager at a $15bn asset manager in Hong Kong, which invests heavily in China, said many other financiers in the city had privately expressed similar views. “Shan’s view is consensus,” he said. “Nobody, I mean not a single professional investment manager, thinks what the government is doing is right.”

In PAG’s offices in Hong Kong’s Pacific Place complex, with views over the city’s skyline, Shan has established a reputation as a demure and approachable boss, chatting to colleagues while eating lunch in the staff canteen. But he has built the firm in the imposing style of multinational groups KKR and Blackstone that were forged in the buyout boom of the 1980s, hunting large corporations in financial difficulty then changing their management and strategic direction.

Shan grew up when China was in the grip of revolutionary fervour. Raised in a one-room home in Beijing in the late 1950s and ‘60s under the turmoil of Mao Zedong’s cultural revolution, he was part of China’s “lost generation” — millions of young people pulled out of school and put to hard labour as farmers. Shan was sent to the Gobi desert in Inner Mongolia, where he toiled to transform an arid landscape.

Six years later he was allowed to return to Beijing and Shan’s life changed course as he became one of the first students to study in the US amid an easing of tensions between Beijing and Washington. He later completed a doctorate at University of California, Berkeley, studying under future Federal Reserve chief Janet Yellen. In 2019, she wrote in a forward to his memoirs, Out of the Gobi, that she was “stunned” to discover that “all the math he knew he had learned by himself, by candlelight”.

He landed jobs at JPMorgan, the World Bank and TPG Capital. When he was approached in 2010 by PAG, a Hong Kong investment firm that had been set up by McKinsey manager Chris Gradel eight years earlier, the company had no private equity business. Since then, PAG has been reborn as one of Asia’s largest private investors with assets of more than $50bn.

The reaction to his comments may inspire another chapter.

45% growth in active internet users in rural India since 2019: Study

Blood on the Street: 98% Nifty 500 stocks down this month, shows data