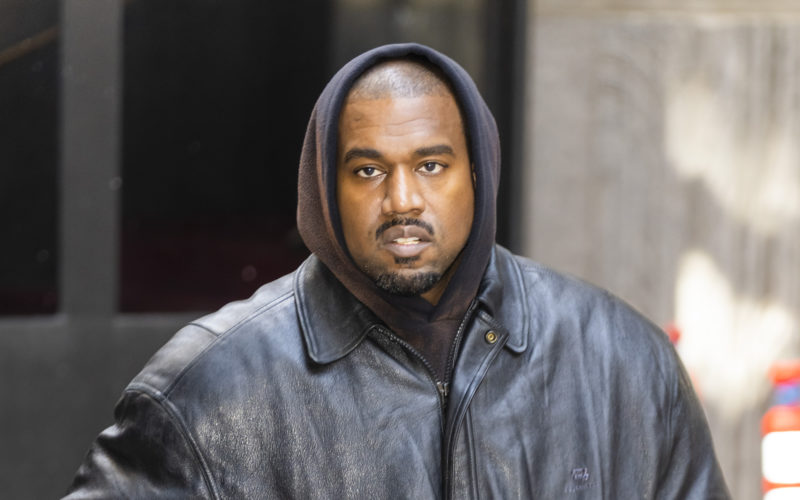 We can’t ignore Kanye West, as much as we wish we could.

I hate to say this, but we must discuss Kanye West. For weeks, the rapper — who now goes by Ye — has been publicly spreading hate speech on a downward spiral that threatens to end his career. Adidas finally severing ties with the problematic designer has all but sealed that fate.

On October 25, the German sportswear label announced it was ending its longstanding lucrative partnership with the rapper-turned-designer. “Ye’s recent comments and actions have been unacceptable, hateful and dangerous,” the brand said in a statement, adding that the company is ceasing production of Yeezy-branded products and stopping all payments to Ye and his companies “immediately.”

ICYMI, on October 3, Ye debuted a “White Lives Matter” T-shirt at his YZY runway show during Paris Fashion Week. Shortly after that, he embarked on an ongoing campaign of antisemitic remarks and white supremacist rhetoric. Needless to say, the fallout has been destructive.

Over the past few weeks, Ye has burned nearly every bridge. Vogue and Anna Wintour have reportedly cut ties. The Yeezy designer has been released from his partnerships with Balenciaga and Gap. Even his individual endeavours have been impacted: the talent agency CAA dropped him as a client, his documentary has been shelved and his Instagram and Twitter accounts have been restricted. Multiple public figures — including his ex-wife Kim Kardashian — have spoken out against his comments. Perhaps most notably, after losing the Adidas partnership, he is reportedly no longer a billionaire.

With the rapper finally facing tangible consequences, it may seem like this is a win against bigotry. But as the trending topic of Ye’s antisemitism grows, there’s been another narrative emerging: that we should all just ignore it.

Some argue Ye is simply looking for attention, and that media coverage is exactly what he wants. Others say criticizing him is insensitive to his struggles with bipolar disorder — as if antisemitism is a symptom of mental illness. (It’s not.) In efforts to avoid the messiness of it all, certain outlets have put a halt on writing about Kanye altogether.

But here’s the thing: silence amplifies hate. Whether we like it or not, Ye is a pop culture authority. He alone has more Instagram followers than there are Jewish people in the world (18 million to 14 million, respectively). “Dismissing Kanye west as a troll — someone who says inflammatory things just to provoke an audience — is unfortunately ignorant,” wrote Matt Bernstein (@mattxiv), a Jewish content creator, on Instagram. “You might not take [him] seriously, but someone out there is.”

There have already been sinisterly substantial outcomes from Ye’s words — both online and in-person. On October 23, a group of neo-nazis gathered in Los Angeles holding a banner that read, “Kanye is right about the Jews,” while doing a nazi salute. This is exactly why his behaviour demands our attention.

After all, though the designer’s flagrant discrimination is disturbing, antisemitism is not new to the fashion industry. Labels like Zara, Urban Outfitters, Brandy Melville and Forever 21 have all come under fire in recent years for releasing offensive products or perpetuating harmful narratives against Jewish communities. Social media, too, has become a hotbed for this type of hate speech, thanks in part to Ye himself.

Despite the pervasiveness of antisemitism on the internet, there’s pressure to simply disregard it. This is something fashion content creator Clara Perlmutter (@tinyjewishgirl) deals with all the time. “People online are always trying to tell me I’m not experiencing antisemitism,” she said in a recent TikTok. “Like, I’ll get a comment and I’ll make a response, and people will be like, ‘Oh, they didn’t mean it like that. Take a joke.’ And that’s what they’re saying in response to Kanye.”

On October 15, Ye bragged about his impenetrable pop culture presence on the Drink Champs podcast. “I could say antisemitic things and Adidas can’t drop me,” he touted. “Now what?” For a while, that statement seemed to be unfortunately true. In the heat of his hate speech, Ye went largely unchecked by the fashion industry as a whole. Despite Adidas finally cutting ties, the damage has been done.

And sure, maybe Ye is just a troll. But his words — sincere or not — are objectively influential. For years, the rapper has been publicly bullying people and spreading offensive rhetoric about minorities. But through it all, he maintained a loyal fan base, a powerful social media presence and a prestigious fashion reputation. Clearly, dismissing hostility and hatred only allows it to spread.

In 2021, Canada saw a record rise in antisemitism. Not to mention, a 2019 Canadian survey suggests that one in five young people don’t know what happened in the Holocaust. Now is the time to amplify Jewish voices and learn the facts about antisemitism in Canada and elsewhere. Perhaps we’re not all pop culture titans whose individual opinions can sway the masses. But together, speaking out against hate is the most powerful thing we can do.

I Live in L.A. and See These 4 Items Everywhere Right Now

Barcelona have reportedly stepped up their efforts to snap up Vitor Roque: a Brazilian wonderkid who has been dubbed as