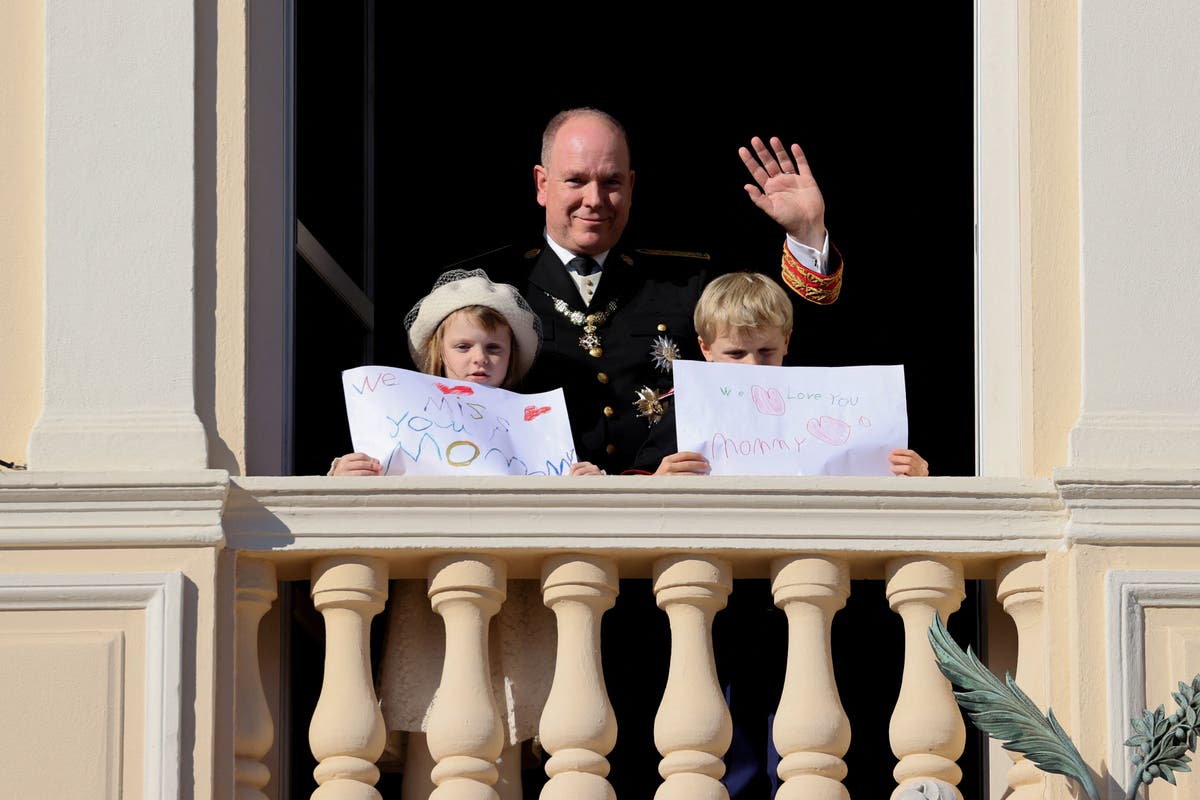 Princess Charlene of Monaco’s two young children held up drawings from a palace balcony during celebrations to mark the principality’s national holiday on Friday, telling their unwell mother that they missed her.

Charlene, a former Olympian, has halted her public duties while she convalesces in a secret location after returning to Monaco from her homeland South Africa earlier this month following a months-long stay abroad.

The two children had been watching a parade from the balcony with their father Prince Albert in the Place du Palais before they went inside to fetch their messages.

Charlene is suffering from deep fatigue and will need several weeks to recover away from the public eye, the palace said on Tuesday.

Prince Albert told PEOPLE magazine that Charlene was receiving treatment in a facility outside of Monaco to protect her privacy.

In an interview published on Friday, PEOPLE quoted the Prince as saying Charlene “couldn’t face official duties, life in general or even family life” upon her return to Monaco.

Charlene missed her 10th wedding anniversary while in South Africa, stirring rumours of a troubled marriage – a claim the family denied.

“Because I know there are rumours out there, let me say: this is not COVID,” Albert told PEOPLE. “It’s not cancer-related. It’s not a personal relationship issue. And if you want to discuss another speculation, it isn’t related to plastic surgery or facial work at all.”

A palace spokesperson confirmed that the interview was genuine and had no further comment to make.

Albert said Gabriella and Jacques would be able to visit their mother once doctors gave the go-ahead, but added that this would not be in the next few days.

“They know that she’s going to talk to them very soon. They miss her, of course, but they understand. Kids at that age they understand,” Albert was quoted as saying.

Charlene swam for South Africa at the 2000 Olympic Games in Sydney.

By Eric Gaillard for Reuters