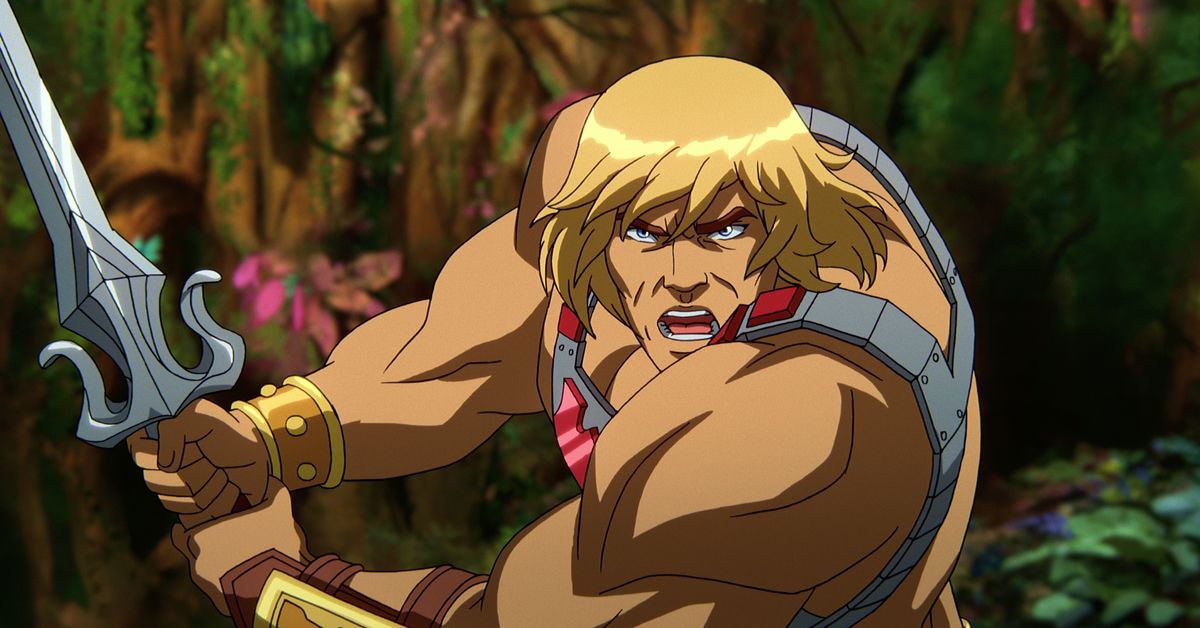 Our first look at Kevin Smith’s revival of He-Man is here: today, Netflix debuted the first trailer for Masters of the Universe: Revelation, which will hit the streaming service on July 23rd.

Unlike She-Ra and the Princesses of Power, which also streamed on Netflix, the new He-Man series isn’t a reboot of the classic cartoon. Instead, it’s a continuation, which picks up right after the original show ended in 1985, with the excellent addition of Mark Hamill as Skeletor.

Here’s how Smith, who is serving as showrunner, describes it:

Narratively our show is set up as the next episode in the legacy ‘80s animated series that aired from 1983-1985. This is a continuation of that story. We’re playing with the original mythology and characters, and revisiting and digging deeper into some of the unresolved storylines.

Visually we also made the conscious decision to lean into the Masters of the Universe line of toys for inspiration as well. Mattel owns this entire vast library of that artwork, so right away we wanted the show to open with classic pieces of that artwork. Mattel has been committed to this look since they first started as a toy line in the ‘80s, and now we’re leaning into it and honoring it.

The news was announced as part of the first week-long Netflix Geeked event.

US military looking into rockets to deliver goods around the world

The FBI operated an ‘encrypted’ chat app for organized criminals

The ‘unusual’ sister: The socialite who gave up the wild life to become a nun

F.D.A. Tells J.&J. to Throw Out 60 Million Doses Made at Troubled Plant

The most thoughtful Father’s Day gifts on Amazon under $25

75% say they would consider relocating if remote work becomes permanent

Josh Duggar is Facing 20 Years in Prison. He May Not Survive His Sentence.

French Open final of firsts for Krejcikova and Pavlyuchenkova

How to accelerate your data initiatives without hiring a data officer

Isabel Roloff: Suck It, Losers! I Was a Beautiful Bride!

Ilhan Omar Backs Down After Criticism From Jewish Democrats For Her Comparison Of U.S. And Taliban, Hamas

Body found in bag 3,000ft below sea off Tenerife IS missing six-year-old ‘kidnapped by her dad’

With states unlocking, auto manufacturers crank up production in June