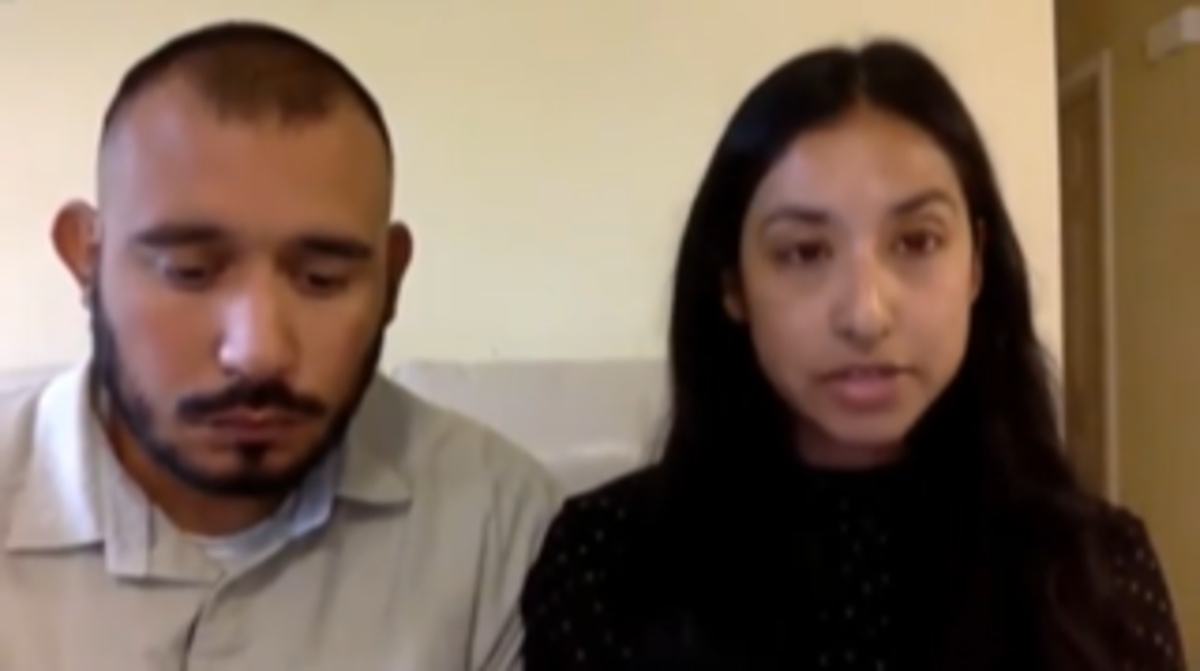 The mother of a fourth-grader killed in the Uvalde school shooting made a tearful plea to Congress on Wednesday for stricter gun control.

“Somewhere out there, there is a mom listening to our testimony thinking, ‘I can’t even imagine their pain’ – not knowing that our reality will one day be hers unless we act now,” she said.

Kimberly Rubio, appearing alongside her husband, Felix, via video, testified before the House Oversight Committee; other speakers included Miah Cerrillo, 11, who survived the 24 May Uvalde massacre and Zeneta Everhart, whose son survived the shooting last month at Tops supermarket in Buffalo, New York.

The Rubios on Wednesday railed against “some people” who think that “guns are more important than children” and described the nightmare scenario that hit their lives two days before school let out for the summer.

On the morning of the shooting, the Rubios visited Robb Elementary for a 10.30am awards ceremony that recognized their daughter for being a good citizen and achieving all As; they posed for photos with her and promised a treat later.

“That photo, her last photo, was taken at approximately 10.54 am,” Ms Rubio told Congress Wednesday. “We promised to get her ice cream that evening; we told her we loved her and we would pick her up after school.

“I can still see her walking with us towards the exit; in the reel that keeps scrolling across my memories, she turns her head and smiles back at us,” Ms Rubio said.

“I left my daughter at that school and that decision will haunt me for the rest of my life,” she said.

Ramos, 18, killed 19 students and two teachers after shooting his grandmother just blocks away.

When news of the shooting broke, the Rubios raced to their daughter’s school, then waited at the civic centre, where families were instructed to reunite with their children; they watched as buses pulled up and their daughter did not get off.

The family checked the hospital and another in San Antonio; she wasn’t there.

“At this point, some part of me must have realised that she was gone,” Ms Rubio said Wednesday. “In the midst of the chaos, I had the urge to return to Robb; we didn’t have our car at this point … I ran barefoot with my flimsy sandals in my hand. I ran a mile to the school, my husband with me; we stood outside for awhile before it became clear we wouldn’t receive an answer from law encforcement on scene.”

Later that night, their worst fears were confirmed; their daughter had been killed.

The Rubios on Wednesday begged for gun reform.

“We don’t want you to think of Lexi as just a number; she was intelligent, compassionate and athletic,” her mother said. “She was quiet, shy, unless he had a point to make; when she knew she was right – she so often was – she stood her ground.

“She was firm, direct, unwavering; so today, we stand for Lexi and, as her voice, we demand action. We seek a ban on assault rifles and high-capacity magazines. We understand that, for some reason, to some people, to people with money, to people who fund political campaigns, that guns are more important than children.

“So at this moment, we ask for progress. We seek to raise the age to purchase these weapons from 18 to 21 years of age; we seek red flag laws,” stronger background checks and other safeguards, she said.