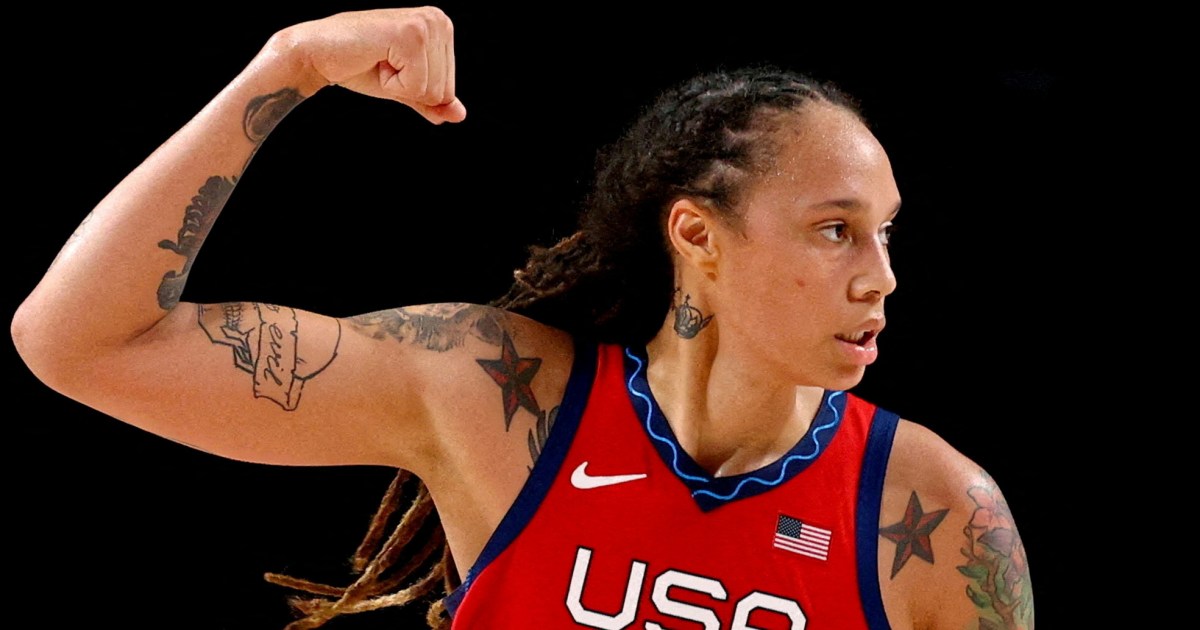 The announcement comes a day after a Russian court sentenced basketball star Brittney Griner to nine years in prison.

A day after a Russian court sentenced Griner to nine years in prison for a drugs offence, Russian Foreign Minister Sergey Lavrov said on Friday Moscow was ready to discuss prisoner swaps with the US through an existing diplomatic channel.

“They are prepared to engage” on a swap for Griner, Blinken said at a foreign ministers’ meeting in Cambodia on Friday.

“And we’ll be pursuing that,” he added.

Russian President Vladimir Putin and his US counterpart, Joe Biden, had previously agreed on a diplomatic channel that should be used to discuss such matters, Lavrov said earlier.

“We are ready to discuss this topic, but within the framework of the channel that was agreed upon by presidents Putin and Biden,” Lavrov said, also from Cambodia.

The Kremlin had previously warned Washington against “megaphone diplomacy” in the case of Griner, saying it could only derail efforts to secure a potential swap, a point reiterated by Lavrov.

“If the Americans decide to once again resort to public diplomacy …, that is their business and I would even say that it is their problem,” he said.

‘We urge them to accept’

Griner’s sentence on Thursday – which Biden called “unacceptable” – could now pave the way for a prisoner swap involving the 31-year-old athlete as well as former US marine Paul Whelan, who is detained in Russia, and Viktor Bout, a notorious Russian arms dealer serving a 25-year prison term in the US, sources familiar with the situation have told Reuters news agency.

White House national security spokesperson John Kirby said after Griner’s sentencing that the US had made Russia a serious offer.

“We urge them to accept it,” he said. “They should have accepted it weeks ago when we first made it.”

Kirby did not provide further detail on the US proposal.

Washington argued that she was wrongly detained and is being used as a political bargaining chip by Moscow. Russian officials dismissed the US claims, saying Griner had broken Russian law and should be judged accordingly.

Griner, who had been prescribed medical cannabis in the US to relieve pain from chronic injuries, said she had made an honest mistake by inadvertently packing her vape cartridges as she rushed to make her flight.

She pleaded guilty to the charges against her but insisted that she did not intend to break Russian law.

Cannabis is illegal in Russia for both medicinal and recreational purposes.

Seventy-five per cent of Democrats want someone other than Biden to run in 2024, CNN poll finds

Egypt fire: At least 41 killed and dozens injured as blaze rips through church