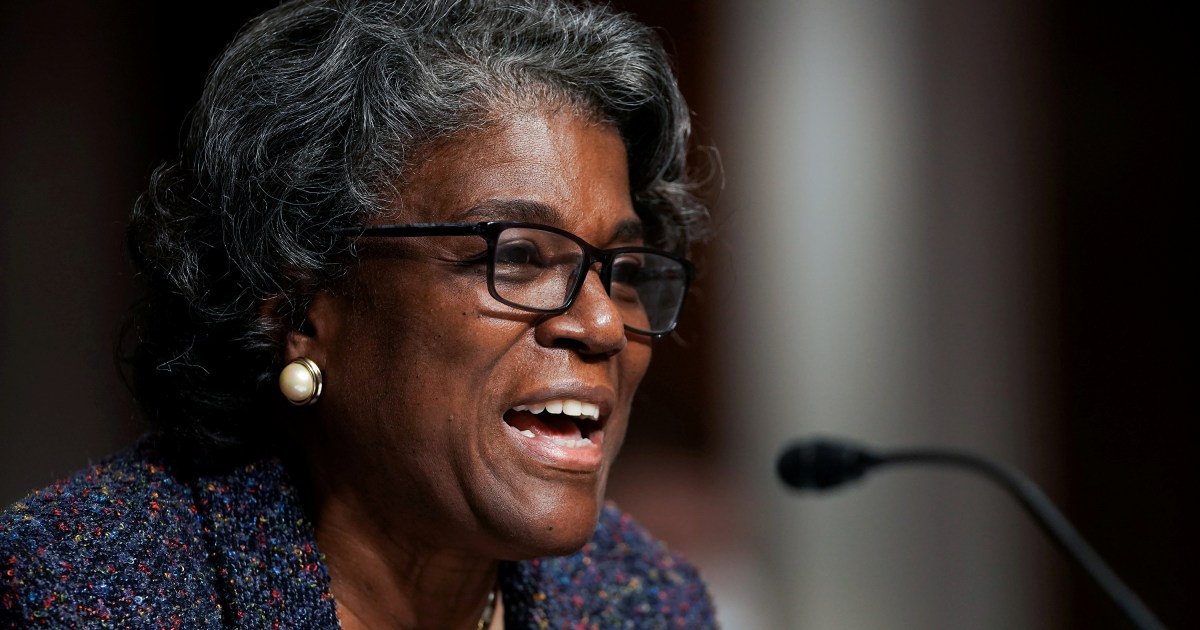 The United States Senate on Tuesday confirmed diplomat Linda Thomas-Greenfield to be the US ambassador to the United Nations.

Thomas-Greenfield was confirmed by a vote 78-20 as President Joe Biden’s nominee to represent the US at the UN. A second vote designating her to represent the US in meetings of the UN General Assembly was scheduled for Tuesday afternoon after clearing a procedural vote 77-20.

A career foreign service officer, Thomas-Greenfield was assistant secretary of state for African affairs from 2013 to 2017 during the Obama administration.

President Biden is re-emphasising US diplomacy and multilateralism in international affairs after former President Donald Trump had pursued an “America First” policy.

Thomas-Greenfield takes her post at the UN after a four-year period of poor relations between the UN and the US during the Trump presidency.

Reversing unilateral moves by Trump, the US under Biden has rejoined the UN Paris Agreement on climate change, the UN Human Rights Council and the UN’s World Health Organization (WHO).

The Biden administration is also attempting to salvage the UN-backed Iran nuclear deal which Trump had abandoned in 2018.

On Tuesday, the full Senate is also poised to confirm Thomas Vilsack, a lawyer and politician, to be US secretary of agriculture and several Senate committees are holding confirmation hearings on additional Biden nominees this week.

A former governor of the US farm state of Iowa, Vilsack previously served in the Obama administration as agriculture secretary from 2009 to 2017.

Biden’s nomination of Neera Tanden to be the head of the White House Office of Management and Budget, a key domestic policy position, appears to be in trouble over her history of harsh political attacks over social media.

Senator Joe Manchin, a Democrat, has said he would not support her confirmation leading to suggestions Biden may have to pull her nomination or see her defeated in a floor vote in the Senate which is divided 50-50 between Democrats and Republicans.

Xavier Becerra, a former California state official and House representative nominated by Biden to be secretary of health and human services, faces opposition by some Republicans. Seen as a political choice, Becerra faced contentious questioning before the Senate health committee.

Merrick Garland, Biden’s nominee to be the US attorney general and head of the Department of Justice, appeared before the Senate Judiciary Committee on Monday for questioning by senators.

A US appeals court judge with a reputation for centrist judicial views, Merrick’s confirmation appears assured with support from Democrats and key Republicans.

The Senate is also moving forward with the nomination of Deb Haaland to be the first Native American to be secretary of the interior.

Haaland, a member of the US House of Representatives from the state of New Mexico, appeared before the Senate Energy and Natural Resources Committee on Tuesday.

US diplomat William Burns, Biden’s nominee to head the CIA, is scheduled to appear before the Senate Intelligence Committee to answer senators’ questions on Wednesday.