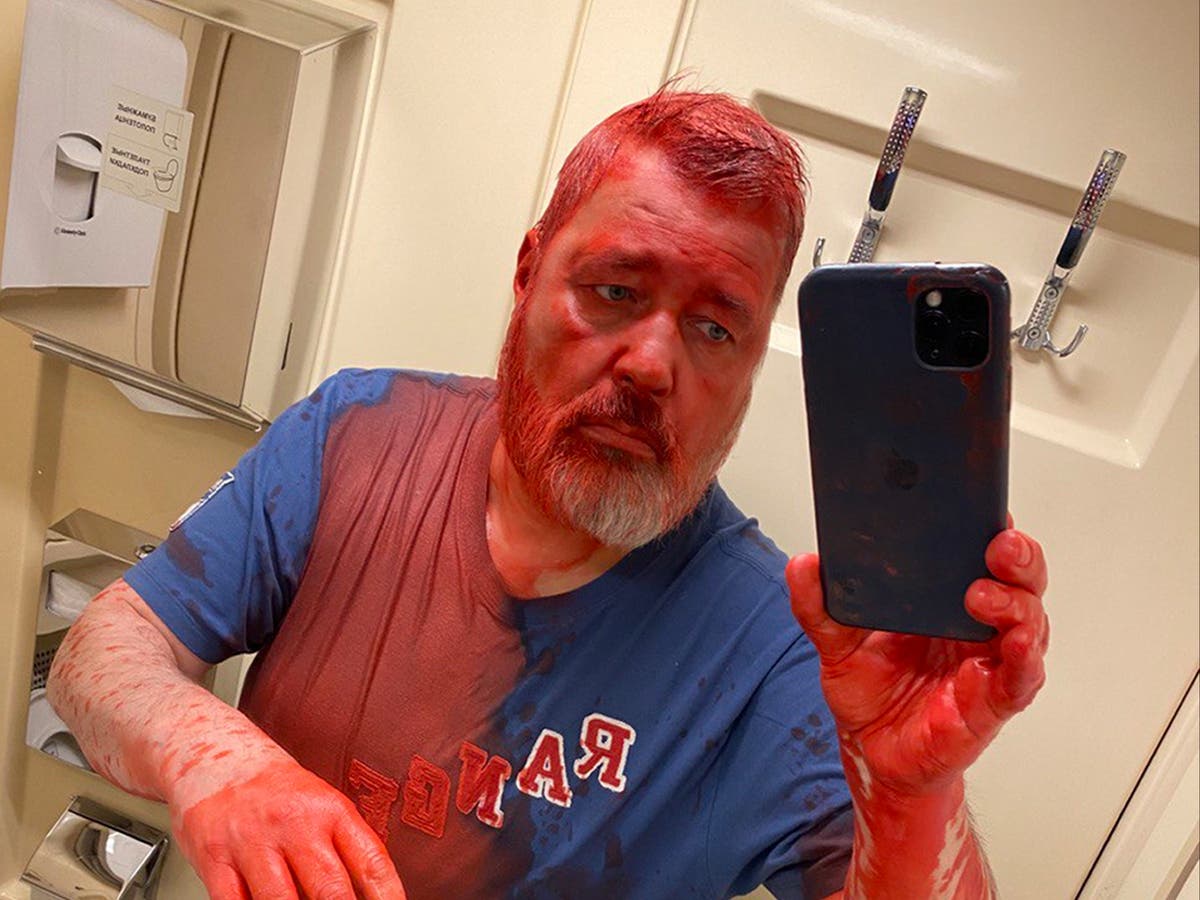 The United States has determined that Russian intelligence carried out an attack on the Nobel Prize-winning journalist and prominent Kremlin critic Dmitry Muratov.

Mr Muratov suffered chemical burns to his eyes after an assailant threw red oil paint and acetone on a train from Moscow to Samara on 7 April, after his Novaya Gazeta  newspaper published critical coverage of Vladimir Putin’s invasion of Ukraine.

A US government official, speaking on condition of anonymity, told the Washington Post they had concluded the attack on Mr Muratov had been carried out by Russian intelligence.

“The United States can confirm that Russian intelligence orchestrated the 7 April attack on Novaya Gazeta’s editor in chief Dmitry Muratov, in which he was splashed with red paint containing acetone,” the official said in a statement first published by the Post.

The official declined to say how US intelligence had made the determination.

After the attack, Mr Muratov shared images of himself covered in red paint on Telegram.

He said someone had poured the substance all through his sleeping compartment before yelling in Russian: “Muratov, here’s one for our boys”.

“My eyes are burning terribly,” Mr Muratov said after the incident.

Mr Muratov, 60, was forced to suspend Novaya Gazeta’s operations under pressure from the Russian government in late March.

A few weeks earlier, the Kremlin passed censorship laws punishing what they described as “fake” news about the invasion of Ukraine with 15 years prison sentences.

A face of Russian investigative journalism since the 1990s and known for being a vocal critic of the Kremlin, Mr Muratov received the Nobel Peace Prize last year along with Filipino journalist Maria Ressa for fighting for the freedom of the press under challenging conditions.

Mairabot: A student-built robot in Nigeria