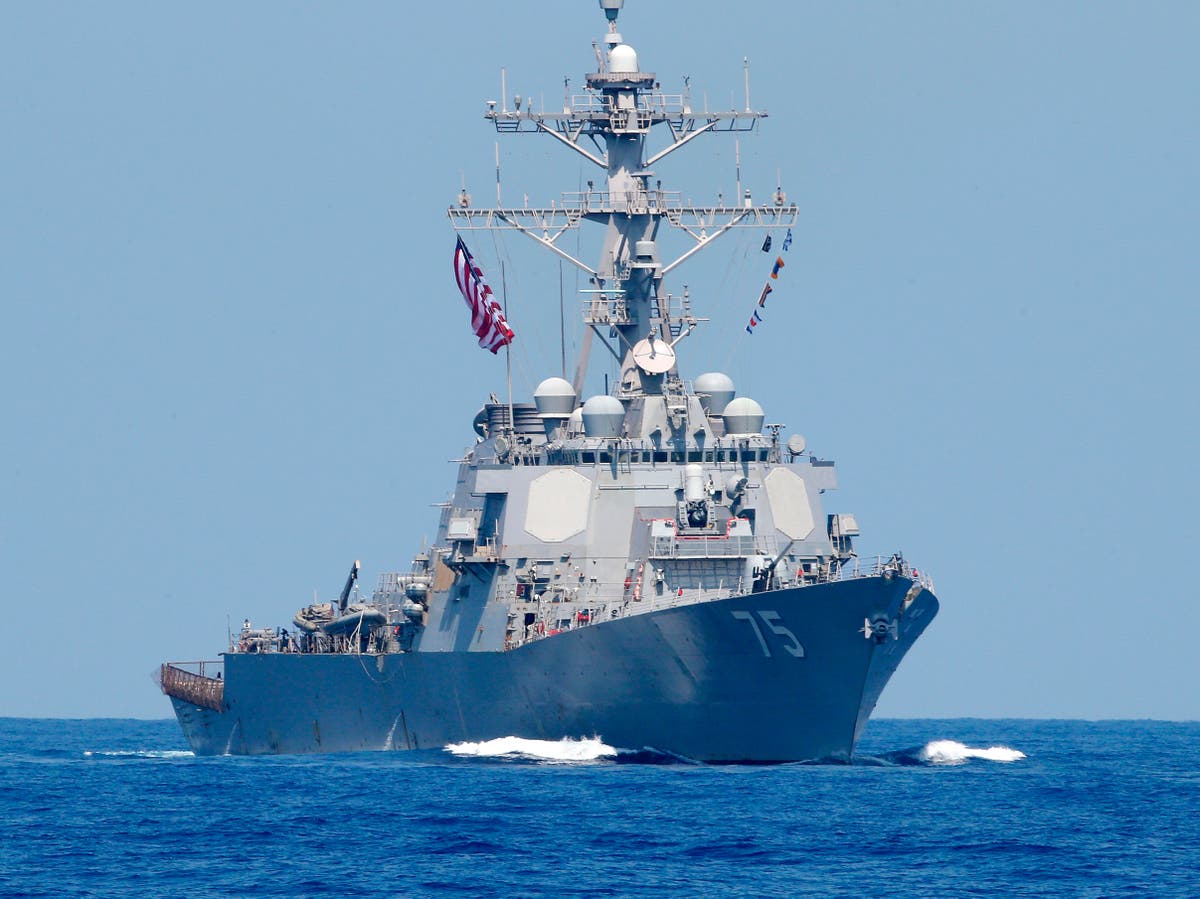 Chief of US naval operations, admiral Michael Gilday, has revealed that drones and other aircrafts that raised alarm after swarming around US warships are still unidentified nearly two years later.

In July 2019, around six drones flew around several Navy warships off of the California coast, prompting security precautions onboard as the aircrafts flashed lights and hovered around the boats for a number of days.

According to documents obtained by NBC News, the drones were able to fly for more than 90 minutes, which is longer than commercially available products.

The drones were also able to match the speed of a US destroyer travelling at 16 knots while in low-visibility conditions.

The incidents took place over the course of a few days close to Clemente Island off the Californian coast, where a Navy Seal training base is situated alongside sensitive military facilities.

The sightings prompted inquiries from officers in several different agencies, including the Naval Criminal Investigative Service, with the staff members making clear in correspondence that the drones were receiving high-level attention, according to emails obtained by NBC.

However, asked about the incidents on Monday at a Defense Writers Group event in Washington, DC, Mr Gilday said that the drones alongside other events were still being assessed.

“I am aware of those sightings, and as it’s been reported, there have been other sightings by aviators in the air and by other ships not only of the United States, but other nations — and of course other elements within the US joint force,” Mr Gilday said.

“Those findings have been collected and they still are being analysed,” he added, before confirming that “we have not” yet identified the origins of the drones that caused the issues in July 2019.

However, he said that there is “a well-established process in place across the joint force to collect that data and to get it to a separate repository for analysis.”

NBC reported that Mr Gilday was likely referring to a request by the Senate Intelligence Committee for the director of National Intelligence and the Defence Department to provide a report on “Unidentified Aerial Phenomena” by 25 June.

The report has been requested to determine whether foreign adversaries are behind the origins of the drones and other unidentified aircrafts that have been spotted near military facilities over the last few years.

During the event on Monday, Mr Gilday was also asked if the drones were “extraterrestrial” of origin, but the chief responded that he had “no indications at all of that.”