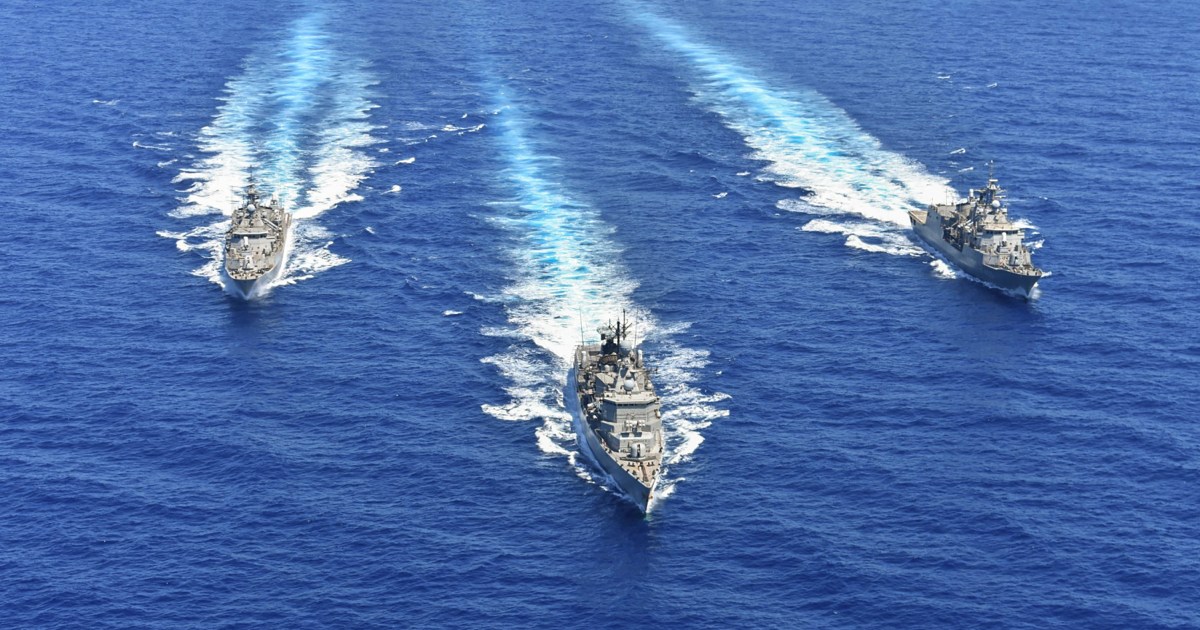 Greece and Turkey, NATO allies, are still at odds over a host of issues such as maritime rights, airspace, and ethnically split Cyprus.

Greece has accused Turkey of undermining NATO unity by violating its airspace with fighter jets, prompting an angry Turkish response that blamed Athens for “provocative” violations of its own airspace.

Greece’s foreign ministry said it protested to the Turkish ambassador in Athens on Wednesday over a series of overflights in the Aegean Sea, saying they were unlawful and an “unacceptable provocation”.

“I made it clear to the secretary-general that this type of behaviour by a NATO ally … is unacceptable,” Mitsotakis said.

“It undermines European security as well as the unity … of NATO at a time when amongst NATO members it is indispensable for all of us to remain united as we face the continued aggression of Russia in Ukraine.”

A government spokesman said earlier that following the overflights, the environment was not good for an expected round of confidence-building talks between the two countries.

In a statement responding to Greece, the Turkish foreign ministry said Athens’s comments did not reflect reality, Greece was instigating tensions, and the Turkish Air Force responded to the “provocations” in accordance with engagement rules.

“Greek Air Force have carried out provocative flights near our coasts on April 26-28, and have repeatedly violated our airspace over Datca, Dalaman and Didim,” it said, referring to resort towns on Turkey’s Mediterranean coast.

“While Greece is the side instigating tensions, accusing our country with baseless claims is not in line with the positive agenda and good neighbourliness that was achieved recently,” it added, calling on Athens to “sincerely support” the confidence-building mechanisms within NATO and bilaterally.

Greece and Turkey, NATO allies, came to the brink of war in 1996 over a deserted Aegean islet. Bilateral ties have improved over the years despite occasional tension, most recently over energy resources in the Mediterranean.

The neighbours are still at odds over a host of issues, such as competing claims over their respective continental shelves in the Mediterranean, maritime rights and airspace, the status of some Aegean islets, and ethnically split Cyprus.

Ankara repeated its call to hold bilateral talks on all the issues of contention with Greece on Thursday, including over airspace.

Turkey, he added, has not aligned with any sanctions taken by the European Union. “This is not the typical behaviour of a country aspiring to join the EU family,” he said.

At the weekend, Turkish Foreign Minister Mevlut Cavusoglu said Greece and Cyprus were the only Western countries critical of Turkey’s stance on sanctions against Russia, saying Athens was concerned Russian tourists would opt to holiday in Turkey because of this.