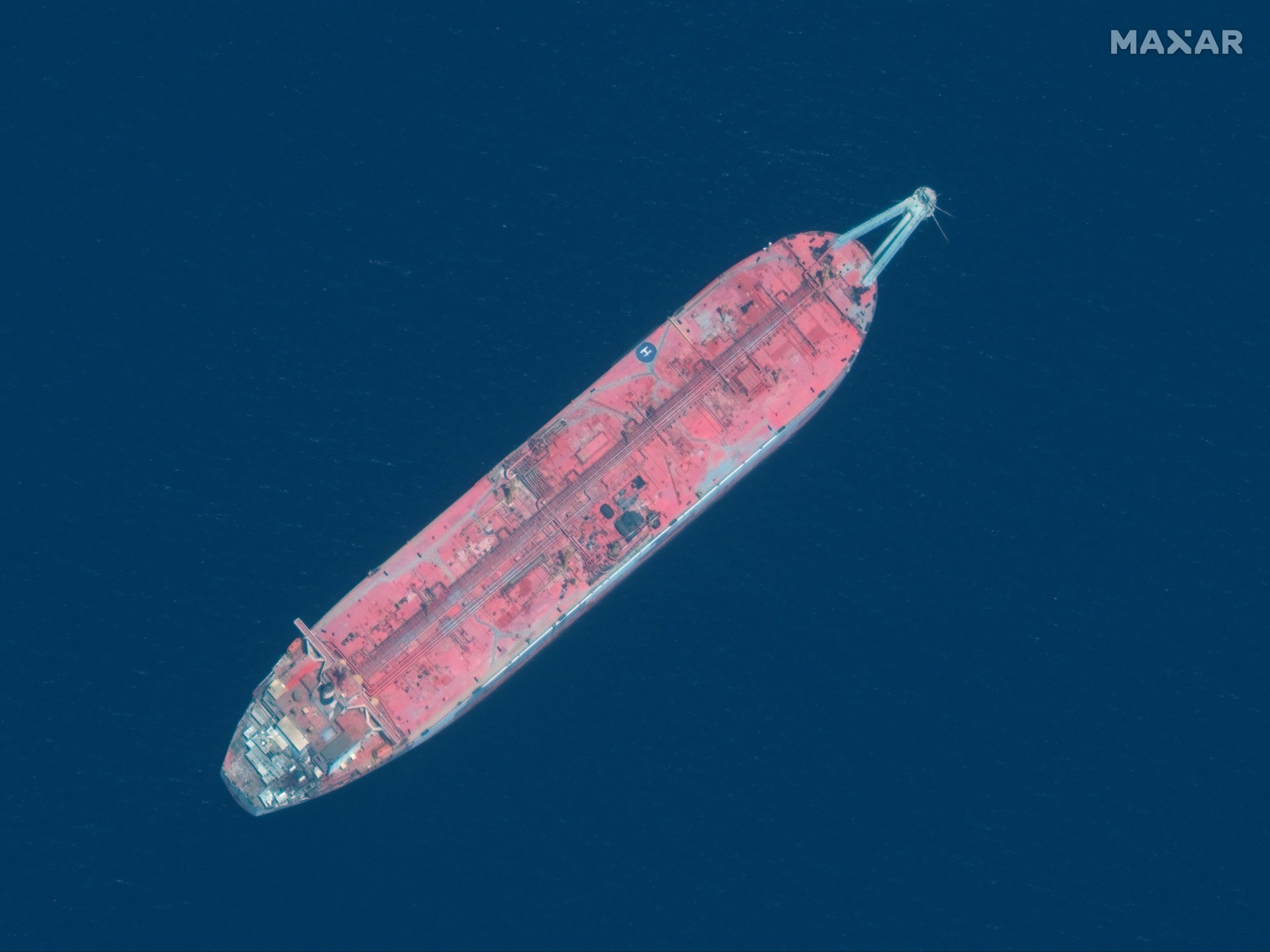 The decaying 45-year-old FSO Safer has not been serviced since Yemen plunged into civil war in 2014.

The United Nations has announced that it has raised the necessary $75m to salvage a deteriorating tanker in Yemen, an emergency operation aimed at averting a disastrous Red Sea oil spill and a potential $20bn clean-up.

The decaying 45-year-old FSO Safer, long used as a floating storage platform and now abandoned off the rebel-held Yemeni port of Hodeidah, has not been serviced since Yemen plunged into civil war in 2014.

United Nations officials last month warned that the ship, which contains four times the amount of oil spilt in the Exxon Valdez disaster in 1989, was a ticking environmental time bomb requiring immediate action.

“We are able to announce we have now pledges and commitment sufficient to start the FSO Safer salvage operation,” said David Gressly, the UN resident and humanitarian coordinator in Yemen and leader of the global body’s efforts on the Safer.

The first phase of the salvage operation would stabilise the FSO Safer and transfer the oil to another vessel. A second phase involving long-term storage of the cargo is estimated to cost another $38m.

“We believe that we could meet that in a timely fashion,” Gressly said of the cost.

The ship is at severe risk of sinking, with seawater having entered the abandoned tanker’s engine compartment in the past few years, causing damage to pipes.

Rust has covered parts of the tanker and the inert gas that prevents the tanks from gathering flammable gases has leaked out. Experts say maintenance is no longer possible because the damage to the ship is irreversible.

The UN, the United States and other governments, as well as Greenpeace and other international organisations, have long warned that a huge release, or explosion, could disrupt global commercial shipping through the vital Bab al-Mandeb Strait and the Suez Canal, causing untold damage to the global economy.

By March 2015, a Saudi-led coalition – backed by the US – intervened militarily in Yemen in a bid to fight the Houthis.

The conflict, according to UN estimates, has killed 377,000 people as of the end of 2021, directly and indirectly through hunger and disease.

The UN has previously blamed the Houthis for delays to efforts to examine the tanker.

According to an investigation by the US media outlet The New Yorker, the rebels had “appropriated the company’s entire operating budget” of $110m.

Much of the materials and machinery were “plundered” by soldiers, and many of the workers had left the tanker, the New Yorker said.

The Houthis have been accused by their opponents of delaying a solution to the Safer crisis in an attempt to gain politically. Leading Houthis have also downplayed the risks of an oil spill in the past.

Meanwhile, the rebel group has rejected the accusations and has previously blamed the UN for the collapse of talks as well as the Saudi-backed coalition.

Cheetahs return to India 70 years after being declared extinct