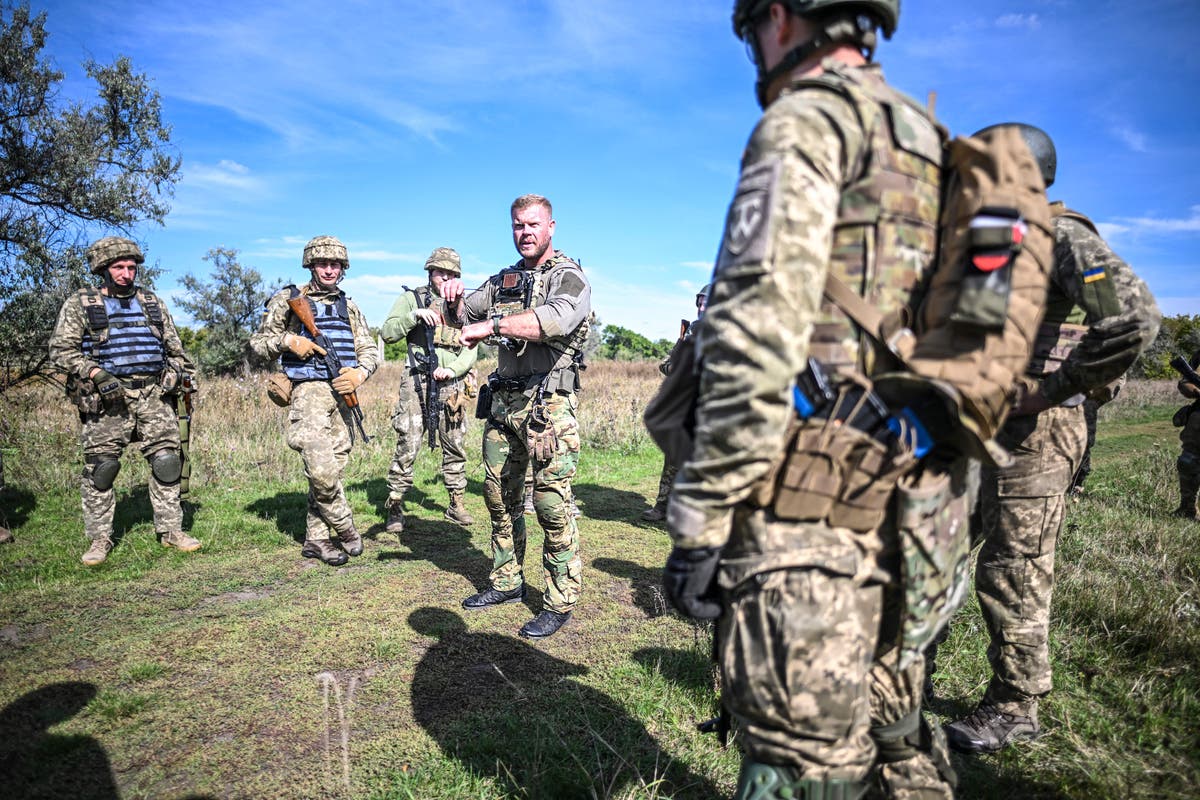 Russian citizens entering Finland has more than doubled compared to the week before, the country’s border guard said today.

Finland is considering barring most Russians from entering the country as traffic arriving from its eastern neighbour “intensified” on Thursday following president Vladimir Putin’s order for a partial military mobilisation.

“This morning it remains busy … maybe increasing a little bit from yesterday,” a spokesperson for the border guard said early on Friday.

The queue was longest at the busy Vaalimaa crossing with cars lining up for around 500 metres, which was longer than on Thursday, the spokesperson said. Lines were also “longer than normally” at the second-biggest Nuijamaa crossing.

Meanwhile, four Russia-backed territories in Ukraine, amounting to around 15 per cent of the besieged country, have opened voting in referendums today to break away from Kyiv.

By incorporating the four areas voting today into Russia, Moscow could justify military escalation as necessary to defend its territory.

By incorporating the four areas voting today into Russia, Moscow could justify military escalation as necessary to defend its territory.

Vladimir Putin said Russia would “use all the means at our disposal” to protect itself, an apparent reference to nuclear weapons. “This is not a bluff,” he said.

“Encroachment onto Russian territory is a crime which allows you to use all the forces of self-defence,” Dmitry Medvedev, who was Russia‘s president from 2008 to 2012, said in a post on Telegram.

Referendum results in favour of Russia are considered inevitable. The vote in Crimea in 2014, criticised internationally as rigged, had an official result of 97 per cent in favour of formal annexation.

The number of Russians crossing the Finnish border “intensified” overnight after Vladimir Putin’s dramatic announcement that Moscow would begin military mobilisation for the war in Ukraine, officials in Helsinki said.

The Finnish border guard’s head of international affairs, Matti Pitkaniitty, told Reuters that 4,824 Russians had arrived in Finland via the eastern border on Wednesday, up from 3,133 on the same day a week earlier.

On Wednesday there were reports of flights to countries including Turkey and Georgia selling out after the Russian leader spoke.

“Traffic at the Finnish-Russian border intensified during the night,” said Pitkaniitty. “The number clearly has picked up.”

‘The number has clearly picked up,’ says one official

A British prisoner of war held by Russian-backed forces in Ukraine has expressed his disbelief on being welcomed by Roman Abramovich on his luxury jet.

John Harding is one of the five British prisoners who were released after Saudi Arabia brokered an exchange between Russia and Ukraine.

The British nationals had an emotional return to the UK after spending six months in captivity by Russian separatists.

The former Chelsea club owner “treated them like royalty” in a drastic switch from their previous life of being beaten regularly in cramped cells.

My colleague Shweta Sharma has more:

Billionaire told he looked like Roman Abramovich, to which he replied, ‘That’s because I am him, sir’

Traffic into Finland across its southeastern border with Russia continues to be busy, the country’s border guard told Reuters on Friday, adding that the number of Russian citizens entering more than doubled on Thursday compared to the week before.

Finland is considering barring most Russians from entering the country as traffic arriving from its eastern neighbour “intensified” on Thursday following president Vladimir Putin’s order for a partial military mobilisation.

“This morning it remains busy … maybe increasing a little bit from yesterday,” a spokesperson for the border guard said early on Friday.

The queue was longest at the busy Vaalimaa crossing with cars lining up for around 500 metres, which was longer than on Thursday, the spokesperson said. Lines were also “longer than normally” at the second-biggest Nuijamaa crossing.

Voting has begun in Moscow-held regions of Ukraine on referendums to become part of Russia, Russian-backed officials there said.

The Kremlin-orchestrated referendums, which have been widely denounced by Ukraine and the West as shams without any legal force, are seen as a step toward annexing the territories by Russia.

The votes are being held in the Luhansk, partly Russian-controlled Zaporizhzhia and Donetsk regions. In Kherson, which is almost fully controlled by Moscow, the balloting was also expected to get underway on Friday morning.

The vote, which asks residents if they want their regions to be part of Russia, is certain to go Moscow’s way.

That would give Russia the pretext to claim that attempts by Ukrainian forces to regain control are attacks on Russia itself, dramatically escalating the 7-month-old conflict.

The referendums follow President Vladimir Putin’s order of a partial mobilization, which could add some 300,000 Russian troops to the fight.

Polls also opened in Russia, where refugees from the occupied regions can cast their votes.

Denis Pushilin, separatist leader of Moscow-backed authorities in the Donetsk region, called the referendum on Friday “a historical milestone.”

A long-term strategy will reassure Ukrainians and send an unequivocal message to Putin that Britain will stand with Ukraine for as long as it takes to see off Russian aggression, writes John Healey, the shadow defence secretary and Labour MP for Wentworth and Dearne.

Such a plan would be the best response to Russia’s latest escalation in rhetoric, and the best way Britain can help ensure Ukraine wins and Putin’s invasion really does end in failure, he writes.

Opinion: Britain needs a strategy for standing with Ukraine – for as long as it takes

This is the best response to Russia’s latest escalation in rhetoric, and the best way we can help ensure Putin’s invasion really does end in failure

Ukraine is now adding pressure on Moscow by fighting for territory seen as critical to Russia, the British defence ministry said today.

“The battlefield situation remains complex, but Ukraine is now putting pressure on territory Russia considers essential to its war aims,” the MoD said in its latest intelligence update on the war in Ukraine.

It added: “In the last three days, Ukrainian forces have secured bridgeheads on the east bank of the Oskil river in Kharkiv oblast.

Russia has attempted to integrate the Oskil into a consolidated defensive line following its forces’ withdrawal earlier in the month.”

“To the south, in Donetsk oblast, fighting is ongoing as Ukrainian forces assault the town of Lyman, east of the Siverskyy Donets river, which Russia captured in May,” the ministry added.

Ukraine presses ahead with offensive against Russia

Ukrainian troops continue to advance their military counteroffensive against Russia, claiming this resulted in “losses” among Moscow’s military leadership.

A shelling attack by Ukraine wounded a Russian general in the Luhansk region, the Ukrainian general staff said today.

“The enemy continues to suffer losses, in particular among the leadership,” it said on Friday.

Four regions in Ukraine occupied by Russian-backed forces will start voting Friday in referendums led by the Kremlin seeking to become a part of Russia.

The voting process is spread out over five days and will take place in the absence of independent monitors, amid widespread concern that the result will be rigged in favour of Russia.

If Moscow gains these territories — cumulatively amounting to around 15 per cent of Ukraine — by next week, Moscow is expected to annex these areas and intensify its military offensive against Ukraine from there.

Volodymyr Zelensky has called the referendums “noise” to distract the public.

At least 18 Russian troops were killed, and three Msta-S and Msta-B howitzers, two tanks, and two armored vehicles were destroyed on Thursday, the military unit said, reported The Kyiv Independent.

Russia plays up China’s support as it retreats in Ukraine

TikTok won’t commit to stopping US data flows to China