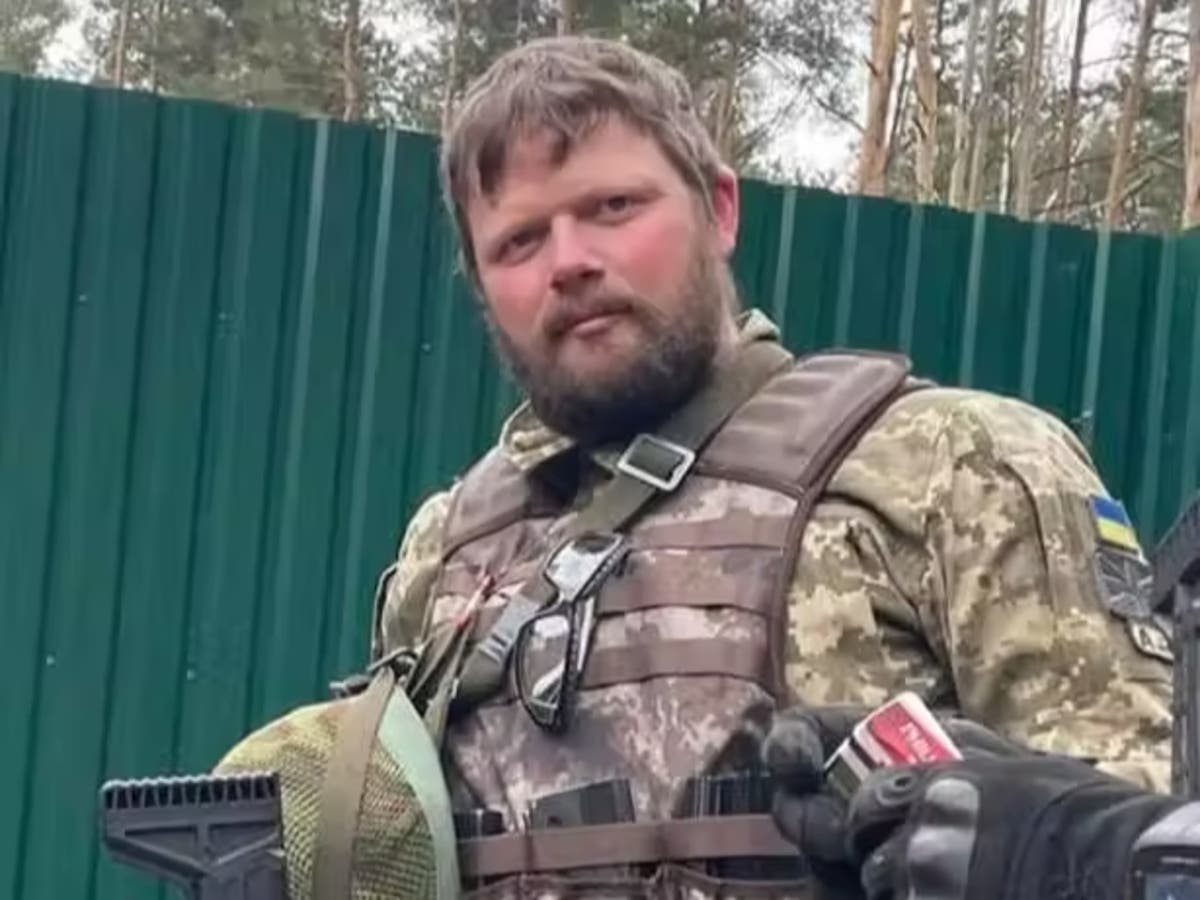 A British man has been killed in Ukraine and a second is missing, the Foreign Office says.

Both army veteran Scott Sibley and the missing man were fighting invading Russian forces as volunteers supporting Ukraine’s army, according to reports.

A spokesperson for the Foreign Office said: “We can confirm that a British national has been killed in Ukraine and are supporting their family.”

On the missing man, the spokesperson said: “We are aware of a British national who is missing in Ukraine and are supporting their family. We are urgently seeking further information.”

Meanwhile, Russia is blocking the evacuation of wounded Ukrainian soldiers from the Azovstal steel works in Mariupol, the local governor says.

Around 2,000 soldiers are thought to be holed up in the industrial complex – the last vestige of Ukrainian resistance in the battered city – which is under siege from Russian forces.

Regional governor Pavlo Kyrylenko said Russian forces were not allowing wounded Ukrainian troops out of the plant, nor allowing humanitarian corridors for civilians to be set up around the Donetsk region.

The United Nations has expressed its shock at Russian air strikes in central Kyiv at the time UN secretary-general Antonio Guterres was in the besieged city.

At least two Russian missiles struck Kyiv during the UN chief’s visit on Thursday, of which one struck a residential high-rise building and injured 10 people. One of the injured has also lost a leg, officials from Ukraine’s emergency services said.

According to a UN spokesperson, Mr Guterres and his team were “shocked” by the proximity of the Russian attacks that pounded the capital while the officials were there. All members of the UN delegation are safe following the air strikes, officials said.

The UN has not confirmed where Mr Guterres was at the time of attacks in Kyiv.

At least 10 Russian soldiers have been accused by Ukraine of abusing human rights during the occupation of Bucha.

These soldiers were involved in killings and torture of unarmed civilians, Iryna Venediktova, the Ukrainian prosecutor general, said.

Sharing the names and photos of the troops including two sergeants, four corporals and four privates, the prosecutor general said that they were all “involved in the torture of peaceful people” during the month-long occupation of Bucha, a small commuter town almost 19 miles north-west of the Ukrainian capital Kyiv.

The soldiers were part of the 64th Motor Rifle Brigade, a unit based in the Khabarovsk region of the far east of Russia, Ms Venediktova said.

Zelensky says will bring every ‘Russian criminal’ to justice

Ukrainian president Volodymyr Zelensky said his administration will find every “Russian criminal” on their soil and make them bear the responsibility for attacking his country.

“The investigation into the crimes committed by the Russian military against our people is underway. Ukraine’s position is absolutely clear – every Russian criminal must be and will be brought to justice. Whoever they are and wherever they hide, we will find them all and make them bear responsibility,” Mr Zelensky said in his late night video address.

He added: “The first ten Russian servicemen from the 64th motorised rifle brigade of the Russian Ground Forces who committed crimes against our people in Bucha, Kyiv region, received the status of suspects. Their surnames are known.”

Stating that his administration is aware of all the details and actions taken in Bucha, Mr Zelensky said: “…We will find everyone. Just as we will find all the other Russian thugs who killed and tortured Ukrainians. Who tormented our people. Who destroyed houses and civilian infrastructure in Ukraine. None of these ba****ds will avoid responsibility.”

He added: “We are also working to direct the blocked assets of Russian individuals subject to sanctions and the Russian state to compensate Ukraine for this war and to restore normal life.”

Finland and Sweden would be embraced with open arms in the event of their applying to join the Nato alliance, and could become members “quickly”, secretary-general Jens Stoltenberg said.

“It’s their decision. But if they decide to apply, Finland and Sweden will be warmly welcomed, and I expect that process to go quickly,” Mr Stoltenberg said.

Without giving any precise time frame, the Nato chief said that the two countries will get some protection if Russia attempts to intimidate them from the first step of submitting their membership applications till they formally join Nato.

He said he is “confident that there are ways to bridge that interim period in a way which is good enough and works for both Finland and Sweden”.

Margarita Simonyan, editor of state broadcaster RT and one of the Kremlin’s highest-profile media bosses, made the remarks on TV on Wednesday night – declaring that Mr Putin unleashing a nuclear strike is “more probable” than failing its so-called special military operation in Ukraine.

The remarks added to a pattern of escalating rhetoric on both sides as Russia continues to warn the west of “lightning fast” consequences over interfering in its ongoing invasion.

My colleague Thomas Kingsley has more:

Gas supplies under the Yamal contract to Poland edged up after dropping to zero earlier on Tuesday, according to data from the EU network of gas transmission operators.

Russia‘s Gazprom cut Poland and Bulgaria off from its gas on Wednesday for refusing to pay in roubles in retaliation to Western sanctions imposed for Moscow’s invasion of Ukraine.

Physical gas flows via the Yamal-Europe pipeline from Belarus to Poland around 0200 CET for Tuesday were at 3,449,688 kWh/hour, data showed.

US officials are analysing strikes on Kyiv that the Ukrainian authorities blamed on Russian missiles, Pentagon spokesperson John Kirby said.

“We’re still trying to analyze this and figure out what happened here, what was struck and with what kind of munition,” he told CNN.

Watch: Biden calls for $33 billion more in aid to Ukraine

Biden calls for $33 billion more in aid to Ukraine