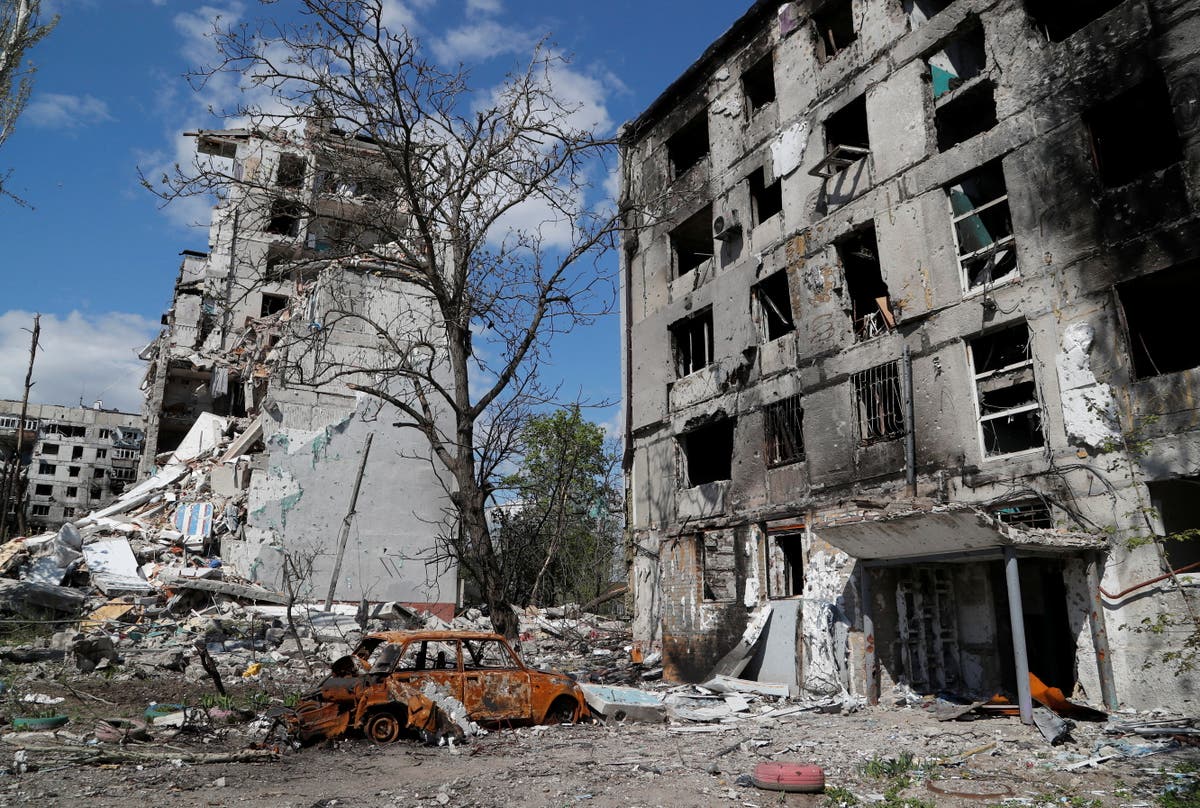 The mother of a British aid worker who was reportedly captured by Russian forces in Ukraine has said she begged her son not to go to the war-torn country.

Paul Urey and fellow Brit Dylan Healy were detained on Monday at a checkpoint south of the city of Zaporizhzhia, Presidium Network, a UK-based NGO, said.

Linda Urey, Paul’s mother, said she is living her worst nightmare, adding: “I don’t know what to do. I just want them to give him back. He used to message me twice a day. He was on FaceTime at least nine times a day.”

“Something has gone wrong. All he wanted to do was help people,” she told Sky News.

The Foreign Office said it was urgently seeking more information regarding their alleged caputure.

Minister Anne-Marie Trevelyan told Sky News it was “doing all it can to support and identify these two people.”

Mr Urey, 40, is understood to be a family man with two children from northwest England. He took up humanitarian aid work after failing to qualify for the army and spent eight years working in Afghanistan.

Russia is looking to pass a new law on on the rules for foreigners’ entry and exit from the country, former president Dmitry Medvedev has said.

“In the near future, a new law will be passed that will regulate all issues for the entry, exit and stay of foreigners in our country,” Medvedev – now deputy chairman of the security council – said, the state news agency RIA reports.

Mum of ‘captured’ UK aid worker ‘begged him not to go’

The mother of a British aid worker who was reportedly captured by Russian forces in Ukraine has said she told her son not to go to the war-torn country.

Paul Urey and fellow Brit Dylan Healy were detained on Monday at a checkpoint south of the city of Zaporizhzhia, Presidium Network, a UK-based NGO, said.

Linda Urey told Sky News she last spoke to her son on FaceTime on Sunday morning. During the call, Paul allegedly told his mother he was going off grid for 36 hours.

She later said she received a Facebook message from Paul at 4.30am on Monday saying that he could not speak and he would ring her later.

A second message, saying “good morning”, was sent to Ms Urey from Paul’s account, but she said she was unsure as to whether the person who sent her the message was actually her son, adding that Paul would always preface his messages by writing “Mum”.

“I don’t know if it was him,” she said. “I have been thinking of it over and over again. I don’t know what to do.

“I have been up since 3am this morning, watching Sky News, recording updates.

“I told him not to go. He said: ‘I have to go, I would feel bad.’ He is too caring, I wish he was a horrible person. I told him you do not mess with a Russian.

Ms Urey said she didn’t know if he was friends with Mr Healy.

She said she is living her worst nightmare, adding: “I don’t know what to do. I just want them to give him back. He used to message me twice a day. He was on FaceTime at least nine times a day.

“Something has gone wrong. All he wanted to do was help people.”

A former US Marine has been killed while fighting with Ukrainian forces in Ukraine, family members have confirmed.

Willy Joseph Cancel, a 22-year-old US citizen, was killed on Monday while working for a private military contracting company, CNN reported.

Ukraine to face Borussia Monchengladbach in May friendly

Ukraine’s first fixture since the country was invaded by Russia has been announced, with a friendly in Germany serving as preparation for their World Cup play-off against Scotland.

Bundesliga outfit Borussia Monchengladbach will host Ukraine on 11 May, with all profits from the game donated to charitable causes for the Ukrainian people.

Chief executive Stephan Schippers told the club website: “We’re very happy to be able to help the Ukrainian FA through this game, and hope that as many football fans as possible from all over the country come to the stadium and make a donation to a good cause by buying a ticket to the match.

Read the full report below:

Ukraine acknowledged on Friday it was taking heavy losses in Russia’s assault in the east, but said Russia’s losses were even worse, as US president Joe Biden called on Congress to send as much as $33 billion to help Kyiv withstand the attack.

Having failed in an assault on Kyiv in the north of Ukraine last month, Russia is now trying to fully capture two eastern provinces known as the Donbas.

Ukraine has acknowledged losing control of some towns and villages there since the assault began last week, but says Moscow’s gains have come at a massive cost to a Russian force already worn down from its earlier defeat near the capital.

“We have serious losses but the Russians’ losses are much much bigger…They have colossal losses,” presidential adviser Oleksiy Arestovych said.

UK to send war crimes investigators to Ukraine in May

The UK will send investigators to Ukraine in the coming month, who will particularly focus on investigating allegations of rape as a possible war crime, Liz Truss has said.

Speaking at The Hague after meeting with officials at the International Criminal Court, the UK’s foreign secretary told Reuters: “It’s done to subjugate women and destroy communities and we want to see it stopped.”

Ms Truss added: “This is about collecting a wide range of evidence, witness statements, forensic evidence, and video evidence.”

Poland and the Czech Republic will ask the European Commission for new funds to help them deal with an influx of refugees from Ukraine, the Polish prime minister has said

“We have agreed on a joint application to the European Commission for new funds to support war refugees,” Mateusz Morawiecki told a news conference.

The intiative will be presented soon, Mr Morawiecki said.

Sweden has set aside up to 1.6 billion Swedish crowns (£130m) to strengthen its military presence on a strategic Baltic Sea island, amid increased tensions with Russia.

The Nordic nation has been rebuilding its military over the last decade, particularly since Russia’s annexation of Crimea from Ukraine in 2014, with Vladimir Putin’s invasion adding fresh urgency to Sweden’s rearmament programme and the question of whether it should join Nato.

The latest tranche of money will go to expand a barracks and other infrastructure on Gotland, Sweden’s biggest island, which is seen as strategically key to control of the Baltic and lies some 205 miles north of Kaliningrad, the headquarters of Russia’s Baltic Fleet.

“The aim is to be able to house many more conscripts and to make operations more effective, and in that way contribute to greater capacity … on Gotland,” financial markets minister Max Elger told reporters.

Sweden reactivated the army’s Gotland Regiment in 2018, which had been disbanded more than a decade earlier, and has reinforced the island’s defence with ground-to-air missiles and other measures.

The priority for British war crime experts will be to gather evidence of Russian atrocities in Ukraine, the UK’s foreign secretary has said.

Following talks at the International Criminal Court in The Hague, Liz Truss told broadcasters: “This is about collecting a wide range of evidence – witness statements, forensic evidence, video evidence.

“We will also use British intelligence to help show the link between what is happening on the front line and the Russian authorities, because it is important that everybody in the chain of command is held to account.

“We are looking at all possible ways, including how the crime of aggression can be prosecuted.”

How ‘alternative facts’ threaten US democracy