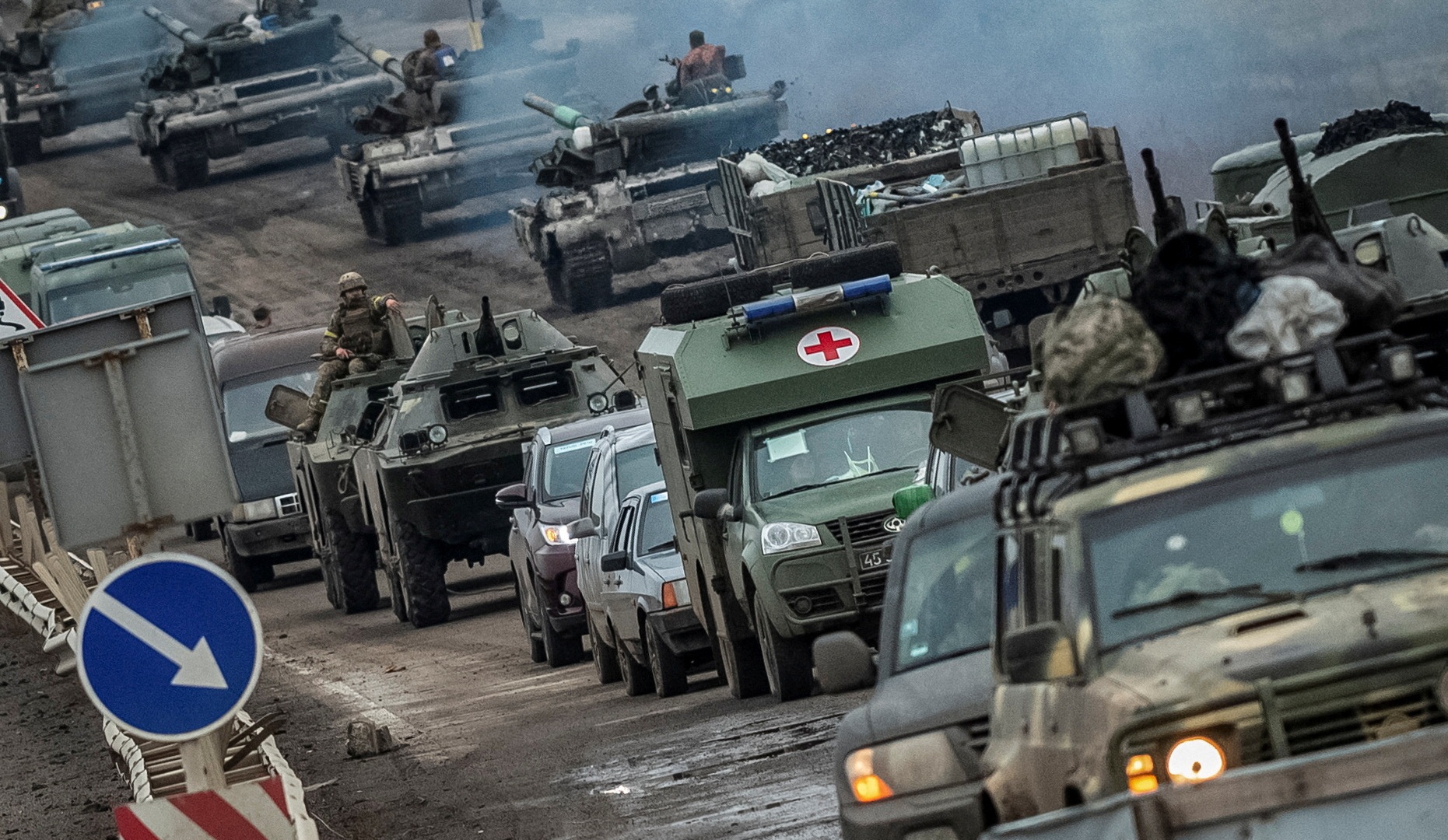 Ukrainian authorities have begun evacuating civilians from recently liberated sections of the Kherson and Mykolaiv regions, fearing that a lack of heat, power and water due to Russian shelling will make conditions too unlivable this winter.

Authorities urged residents of the two southern regions, which Russian forces have been shelling for months, to move to safer areas in the central and western parts of the country.

Ukrainian Deputy Prime Minister Iryna Vereshchuk said on Monday that the government will provide transportation, accommodation and medical care for them, with priority given to women with children and the elderly.

The evacuations are taking place more than a week after Ukraine recaptured the city of Kherson, on the western bank of the Dnieper River, and surrounding areas in a major battlefield gain.

Since then, heading into the winter, residents and authorities alike are realising just how much power and other infrastructure the Russians destroyed before retreating or had damaged just in the last week.

Ukraine is known for its harsh winter weather and snow has already covered Kyiv, the capital, and other parts of the country.

Russia has been pounding Ukraine’s power grid and other infrastructure from the air for weeks, causing widespread blackouts and leaving millions of Ukrainians without electricity, heat and water.

To cope, four-hour or longer power outages were scheduled on Monday in 15 of Ukraine’s 27 regions, according to Volodymyr Kudrytsky, head of Ukraine’s state grid operator Ukrenergo. Ukrainian President Volodymyr Zelenskyy says more than 50 percent of the country’s energy facilities have been damaged by Russian missile strikes.

No ‘security concerns’ at Zaporizhzhia

Meanwhile, the UN atomic watchdog said there are no immediate nuclear safety or security concerns at the Russian-held Zaporizhzhia nuclear power plant despite shelling at the weekend that caused widespread damage.

The International Atomic Energy Agency (IAEA), which has four of its staff based at Zaporizhzhia, Europe’s biggest nuclear power plant, said on Sunday there had been some of the heaviest shelling in recent months there this weekend, though it added that key nuclear safety and security systems had not been hit.

“They [IAEA experts] were able to confirm that – despite the severity of the shelling – key equipment remained intact and there were no immediate nuclear safety or security concerns,” the IAEA said in a statement on Monday.

“The status of the six reactor units is stable, and the integrity of the spent fuel, the fresh fuel and the low, medium and high-level radioactive waste in their respective storage facilities was confirmed,” the IAEA said, adding that there was “widespread damage across the site”.

That damage included “several impacts on the main road along the plant’s reactors”, shrapnel hitting a pressurised air pipeline, “minor visible damage to a sprinkler charging pipeline” and damage to the roof of what it called a special auxiliary building.

“This is a major cause of concern as it clearly demonstrates the sheer intensity of the attacks on one of the world’s largest nuclear power plants,” the statement quoted IAEA chief Rafael Grossi as saying.

Grossi has been warning for months of the risk of a potentially catastrophic accident because of the shelling and is pushing for a protection zone around the plant. The IAEA said he had “intensified his consultations” on the protection zone after this weekend’s shelling.

Idaho university murders – live: Police admit errors and backtrack as they reveal other roommates were in home