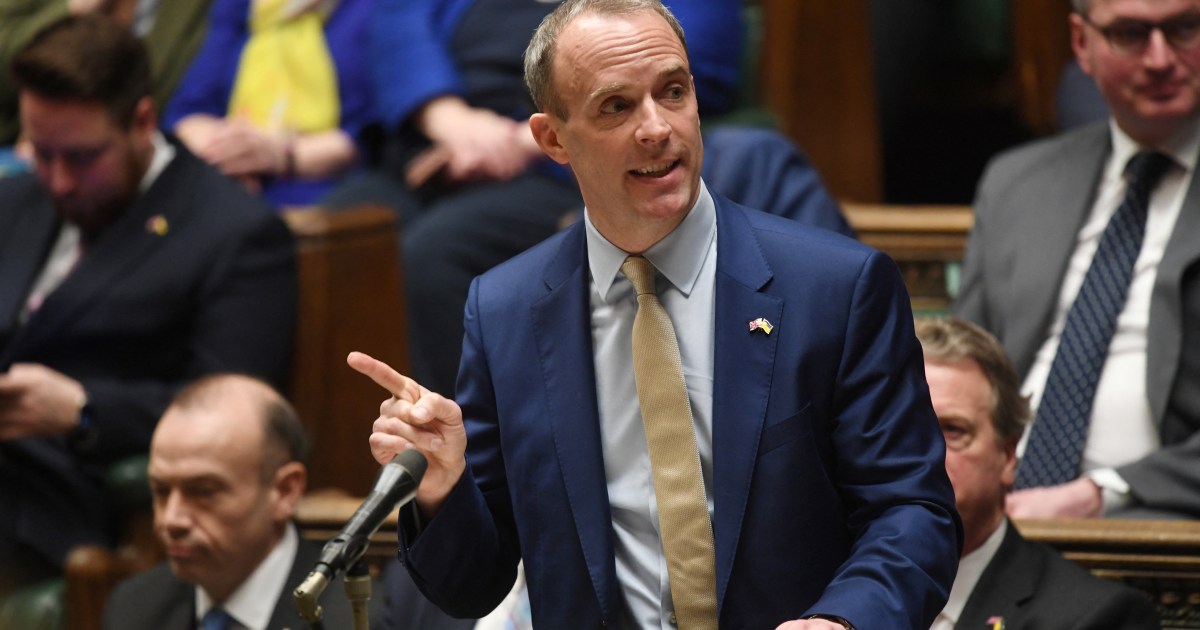 The new bill will allow the UK to ignore certain European Court of Human Rights decisions after it blocked deportation flights to Rwanda.

The United Kingdom government has said it will introduce legislation allowing it to ignore certain European Court of Human Rights decisions after a judge in Strasbourg blocked flights removing asylum seekers to Rwanda.

Deputy Prime Minister Dominic Raab will bring the new Bill of Rights to parliament on Wednesday as the government attempts to implement its Rwanda plan, aimed at deterring immigrants from making illegal crossings of the English Channel.

Rights groups and church leaders have criticised the policy as “shameful”.

British courts earlier this month gave the go-ahead for the first removal flight to leave, but the ECHR stepped in at the last minute with an interim ruling to block its departure.

A UK full judicial review of the plan’s legality is due next month.

Raab said on Wednesday that the bill would assert that the Supreme Court in London is the ultimate arbiter on human rights issues. The law would also mean that interim measures from the court issued under “rule 39” are not binding on UK courts.

“The UK Supreme Court should be supreme in their legal interpretations,” Raab told Sky News broadcaster.

Raab is resisting calls from the right of his party to quit the ECHR altogether, saying the new bill would instead “strengthen our UK tradition of freedom whilst injecting a healthy dose of common sense into the system”.

“These reforms will reinforce freedom of speech, enable us to deport more foreign offenders and better protect the public from dangerous criminals,” he said.

The UK left the European Union last year after a 2016 Brexit vote but the court is not part of the bloc.

Sacha Deshmukh, Amnesty International UK’s chief executive, said the bill would be “a giant leap backwards for the rights of ordinary people”.

“This is not about tinkering with rights, it’s about removing them,” he said.

The government in London promised to tighten the country’s borders after Brexit, and “take back control” of immigration. But it is battling record numbers of people using small boats to cross the channel from northern France.

Numbers rose 68 percent in the first half of 2022, the French interior ministry said on Monday.

From January 1 to June 13, there were 777 attempted crossings involving 20,132 people, up 68 percent on the same period last year, the ministry told the AFP news agency.

The figures for all of 2021 had already been a record. But the latest statistics indicate this could be beaten if current trends continue, with the better summer weather settling in that encourages more crossings.

Britain has repeatedly accused the French authorities of not doing enough to stop the crossings, a charge denied by Paris in a spat that has further strained relations after Brexit.