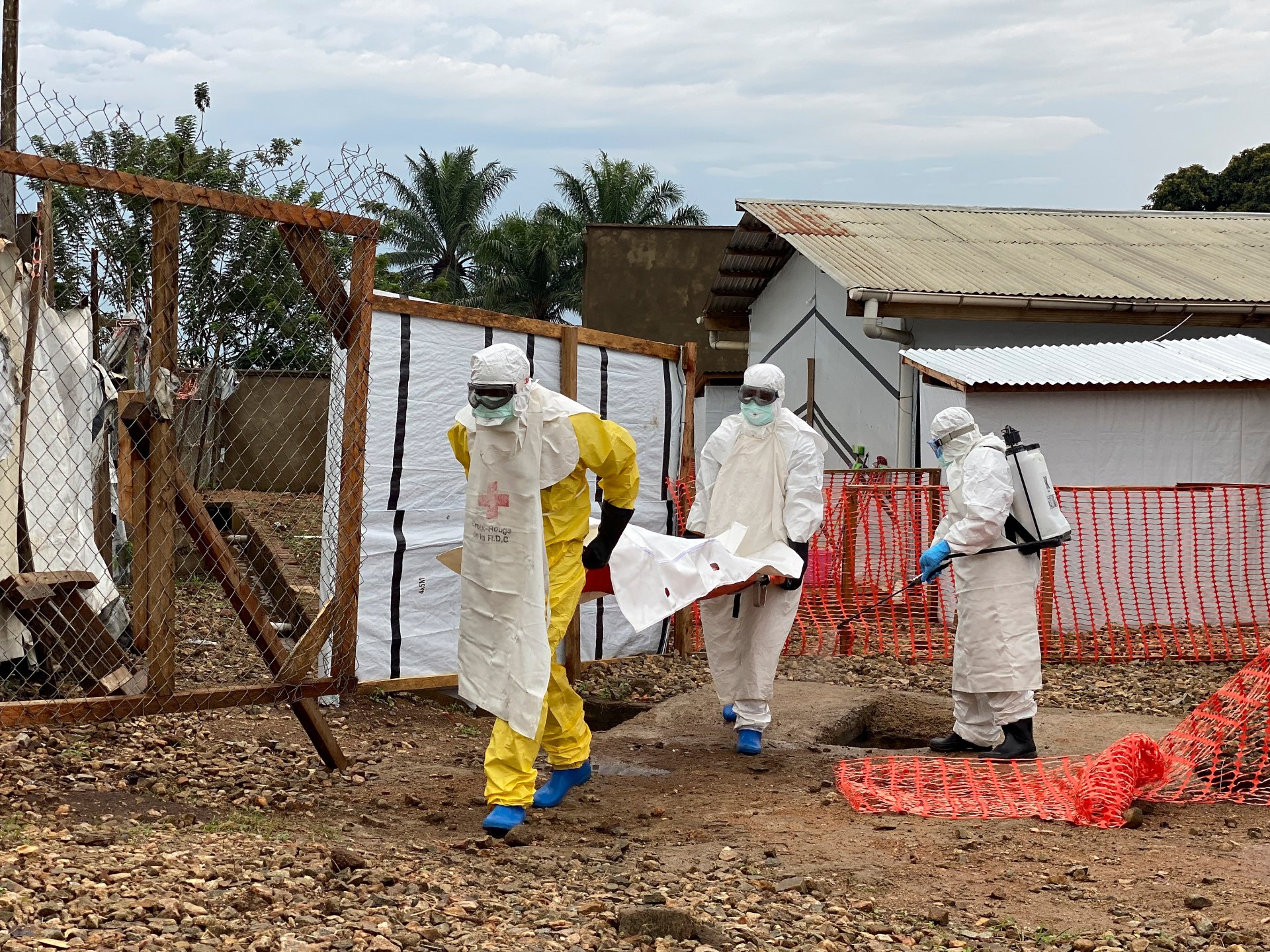 Uganda has confirmed seven cases of Ebola, as authorities try to track down 43 contacts of known Ebola patients – two days after the East African country announced an outbreak of the contagious disease.

The cases confirmed on Thursday include a 24-year-old man who died this week after he developed a high fever, diarrhoea and abdominal pain, in addition to vomiting blood. After initially being treated for malaria, he was diagnosed as having contracted the Sudan strain of the Ebola virus.

Seven other deaths are being investigated as suspected cases of a strain for which the authorities do not yet have a vaccine, officials said.

“As of today, we have seven confirmed cases, of whom we have one confirmed death,” Kyobe Henry Bbosa, Ebola incident commander at the Ugandan Ministry of Health, told a briefing.

“But also we have seven probable cases that died before the confirmation of the outbreak.”

He also spoke of a “rapidly evolving” situation where “we think cases may rise in a few days”.

Ugandan authorities have not yet found the source of the outbreak, or “patient zero” – the key first case.

But they were able to pinpoint the epicentre of the outbreak, which is the central Ugandan district of Mubende, whose main town lies along a highway into the capital, Kampala. That travel link and several crowded artisanal gold mines there are concerning, Bbosa told the World Health Organization.

Authorities have also been able to confirm an Ebola outbreak of the Sudan type earlier this week after testing a sample from the 24-year-old man who died. Six others in the same area, including three children, died earlier in September after suffering what local officials called a “strange illness”.

Ebola, which is spread by contact with the bodily fluids of an infected person or contaminated materials, manifests as a deadly haemorrhagic fever. Symptoms include fever, vomiting, diarrhoea, muscle pain and at times internal and external bleeding.

Uganda last reported an outbreak of the Ebola Sudan strain in 2012.

The strain is less transmissible than Ebola Zaire, Patrick Otim, an epidemiologist with the WHO in Africa, said at a briefing, adding that the strain had a lower fatality rate in previous outbreaks.

However, Otim said the Sudan strain posed a greater threat because the world did not yet have a vaccine for it, as it has with the Zaire strain.

“It’s very critical at this point that we treat this outbreak as serious, because we may not have the advantage that we have gained in terms of the advancement in medical countermeasures,” Otim said.

Mubende lies on a highway that starts from the capital Kampala, connecting Uganda to the Democratic Republic of the Congo (DRC), and Otim said this meant there was a threat of cross-border transmission.

In 2019, Uganda experienced an outbreak of Ebola Zaire. The virus was imported from neighbouring DRC, which was battling a large epidemic in its northeastern region.

Scientists do not know the natural reservoir of the virus, but they suspect the first victim in an Ebola outbreak gets infected through contact with an infected animal.

Uganda has had multiple Ebola outbreaks, including the one in 2019, and another in 2000 that killed more than 200 people.

Congo’s 10th outbreak of Ebola in the provinces of North Kivu and Ituri killed more than 2,000 people from 2018 to 2020. During that time, neighbouring Uganda reported some cases that authorities said were linked to the outbreak in Congo.

Last month, authorities in Congo said a new case of Ebola in the eastern city of Beni was linked to a previous outbreak.

Watch as desperate woman, 28, pulls gun on bank staff and demands her OWN money to pay for sister’s cancer treatment