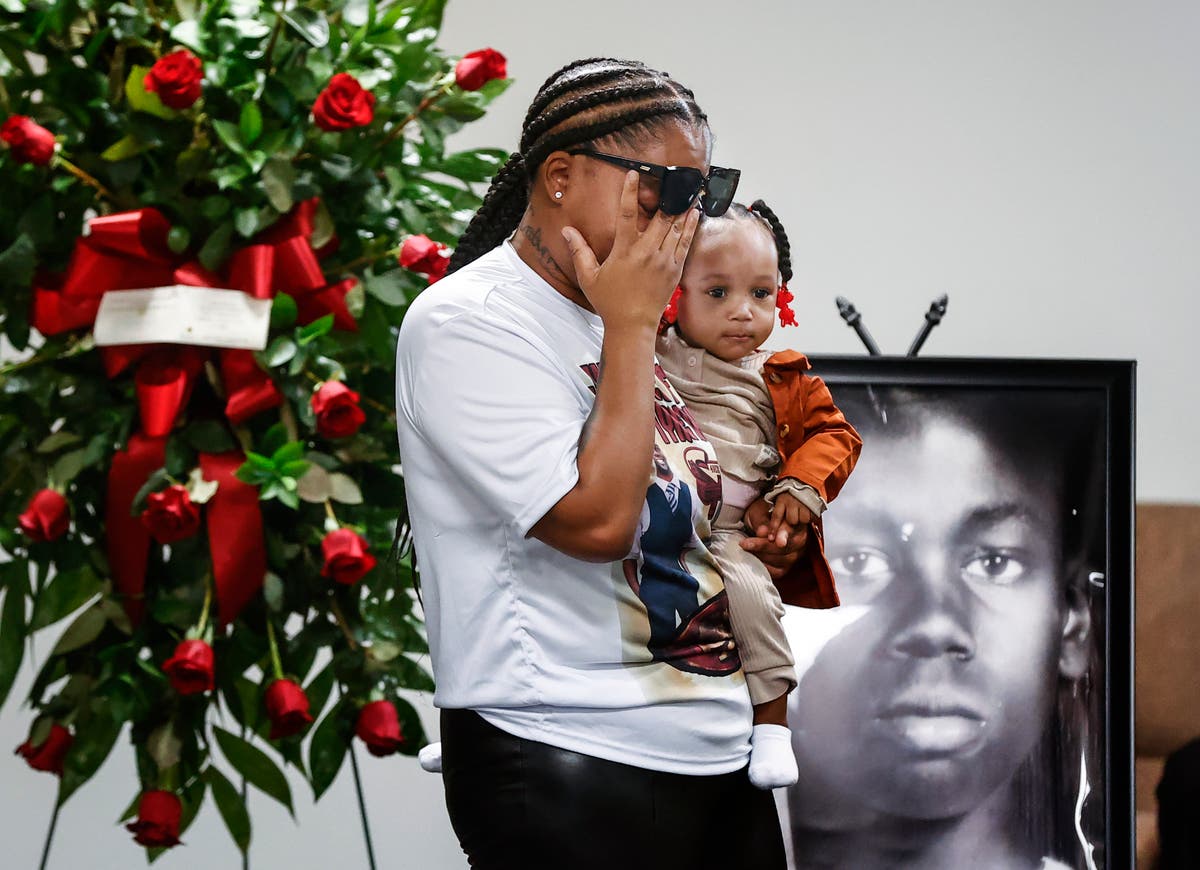 5 Memphis officers fired for involvement in death of Tyre Nichols

The family of Tyre Nichols, the Memphis man who died days after being arrested and beaten by police in the city, have spoken out after viewing footage of the incident.

Nichols, 29, died on 10 January, three days after a traffic stop turned into a confrontation with officers that ended up with him in the hospital.

Family members and their attorneys met with Memphis police and reviewed the video footage on Monday before it was publicly released.

“Regrettably, it reminded us of (the) Rodney King video,” added Mr Crump said.

Attorney Antonio Romanucci described Nichols as “a human piñata” as he was beaten. Five officers, all of whom were Black, were fired from the department in the wake of the incident.

MPD determined the officers violated multiple policies, including excessive use of force, duty to intervene and duty to render aid.

Skateboarders skate in front of Memphis city hall to remember Tyre Nichols, who died after being beaten by Memphis police officers, five of whom have been fired. Tyre was a member of the skateboarding community, and they gathered at the request of Tyre’s family to honour him.

“This is who Tyre Nichols was — a talented and dedicated skateboarder with SO much life left to live… He didn’t deserve to be tragically taken from his family and community! We will continue to fight for accountability for you Tyre!” tweeted Mr Crump on Monday.

This is who Tyre Nichols was — a talented and dedicated skateboarder with SO much life left to live… He didn’t deserve to be tragically taken from his family and community! We will continue to fight for accountability for you Tyre! #JusticeForTyreNichols pic.twitter.com/hYwMnRRZEA

This is a live blog covering the death of Memphis man Tyre Nichols after he was arrested and beaten by police in the city.

The Ukrainians using embroidery to stand up to Russia