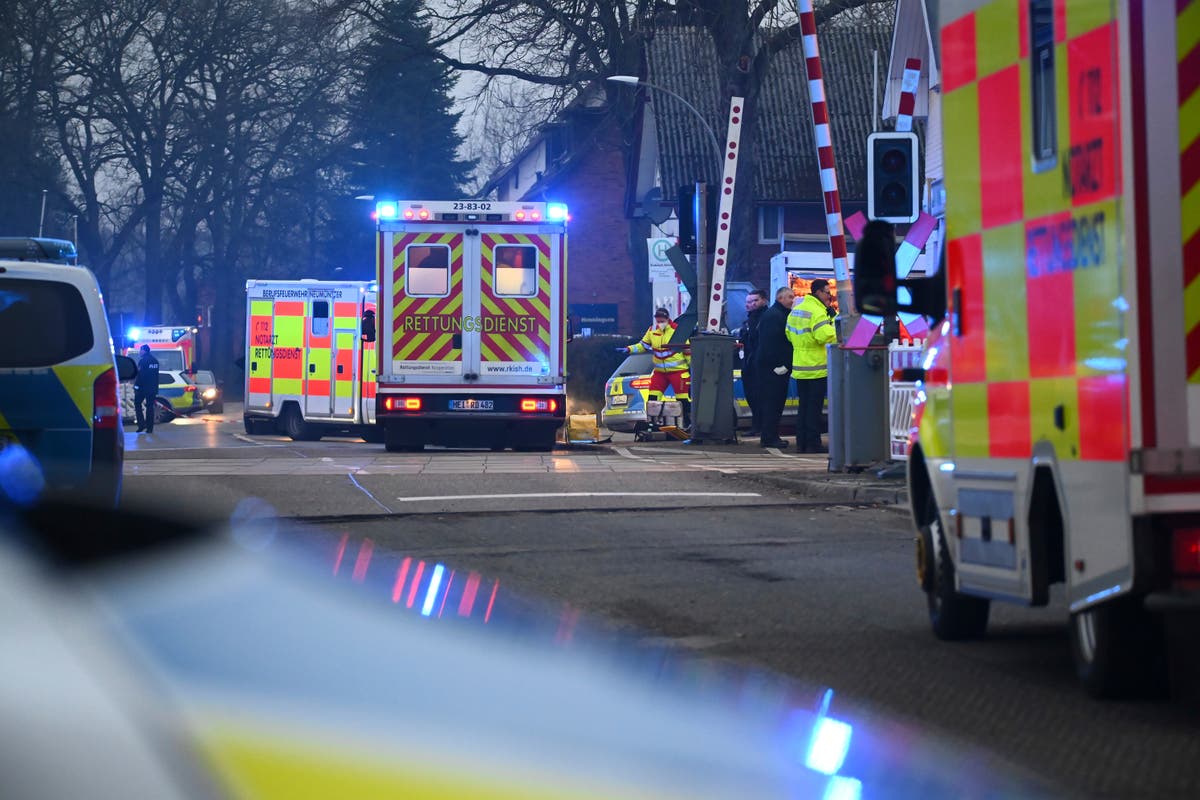 Two people have been killed and at last five injured in a knife attack on a regional train in northern Germany.

Federal police in Schleswig-Holstein said a man used a knife to attack several passengers shortly before the Hamburg-bound train arrived at Brokstedt station.

The suspect was also injured and taken to the hospital, police said; they did not provide any information on his identity other than saying he was between 20 to 30 years old and that his possible motives were under investigation.

Schleswig-Holstein state interior minister, Sabine Suetterlin-Waack, said two people were killed and five were wounded in the attack, which happened at about 3 pm local time (2pm UK time) on Wednesday.

“It’s really terrible,” she said. “We’re really shocked and appalled that something like this happened.”

She later told reporters the attacker was a 33-year-old Palestinian asylum-seeker.

The suspect had self-inflicted wounds to his hands when he was detained, Bild reported.

“We have not yet been able to say anything about the background to the crime, we are in the process of getting an overview of the entire area of ​​operations,” said police spokeswoman Astrid Heidorn.

Deutsche Bahn expressed its condolences on Wednesday evening saying that “our deepest sympathy goes to the relatives of the victims. We wish those injured a speedy and complete recovery.”

Police said the train was stopped and the attacker was detained outside the train after several witnesses held him until officers arrived to detain him.