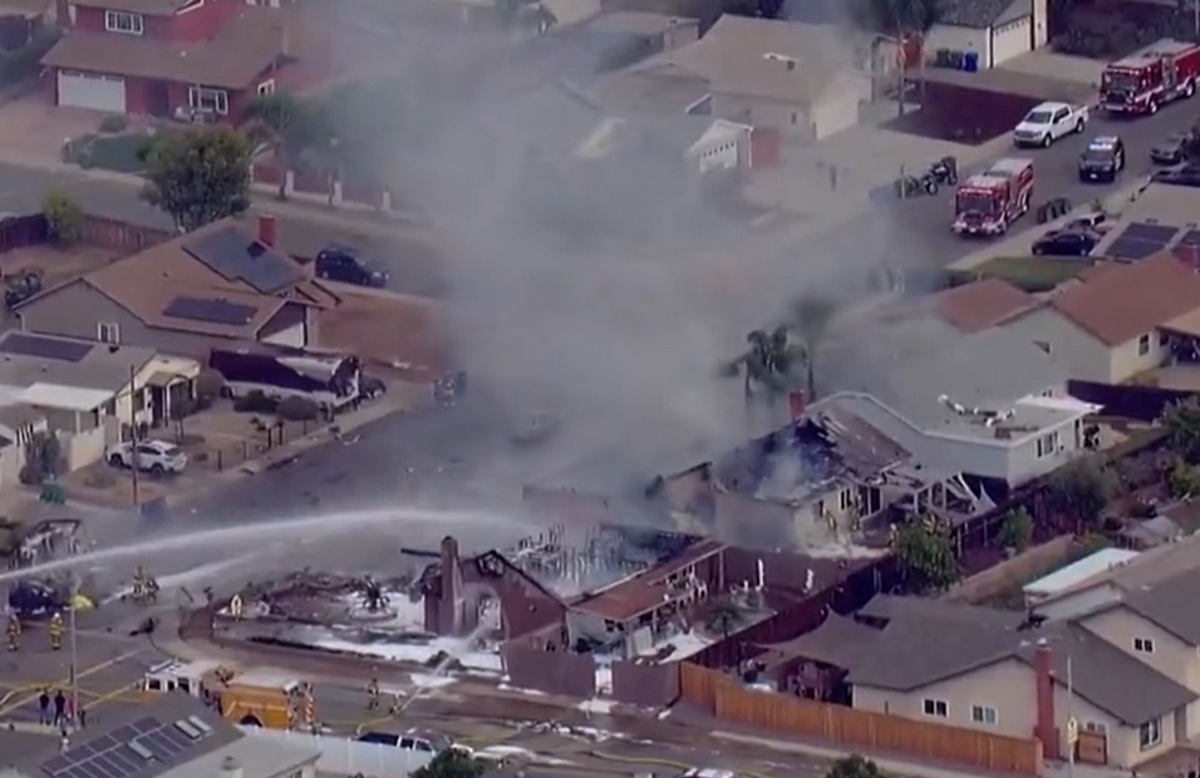 A twin-engine Cessna plane has crashed into a suburban neighbourhood near San Diego killing at least two people, authorities say.

The plane burst into flames after hitting houses in Santee, in San Diego County, California at 12:14pm on Monday.

Two houses were destroyed and a third was badly damaged, according to Fox5 San Diego.

I watched a plane crash on my way home a little while ago. I can’t even fathom if that had hit our house. Not much info yet though. pic.twitter.com/iUqNBUFiK1

Two people died from the ensuing explosion after the plane hit the ground, the Santee deputy fire chief Justin Matsushita told reporters on the scene.

He said they still don’t know how many people were onboard the plane, but it seems “unsurvivable”.

Two other people have been transported to hospital suffering burns.

The plane also hit a UPS truck, which was completely destroyed.

A man told NBC San Diego that he raced to the crash site to find a home belonging to his mother and stepfather completely destroyed.

An eyewitness said he saw the plane “bank and then drop” moments before the crash, and then saw a plume of smoke rising from the house.

All Students are Secure. There was a plane crash 2 or 3 blocks away. We are currently in a “Secure Campus”.

The flight originated in Yuma, Arizona, and according to its log was heading for Montgomery-Gibbs Executive Airport in San Diego when it attempted to land at Gillespie Field airport in Santee.

The crash site was about two blocks away from the Santana High School.

The school issued a statement to reassure parents that all students were safe.

The San Diego Sheriff’s office said that a temporary evacuation point has been set up for people affected by the crash at the Cameron Family YMCA in Santee by the Southern California Red Cross.

They asked that motorists avoid the 9900 block of North Magnolia Avenue.