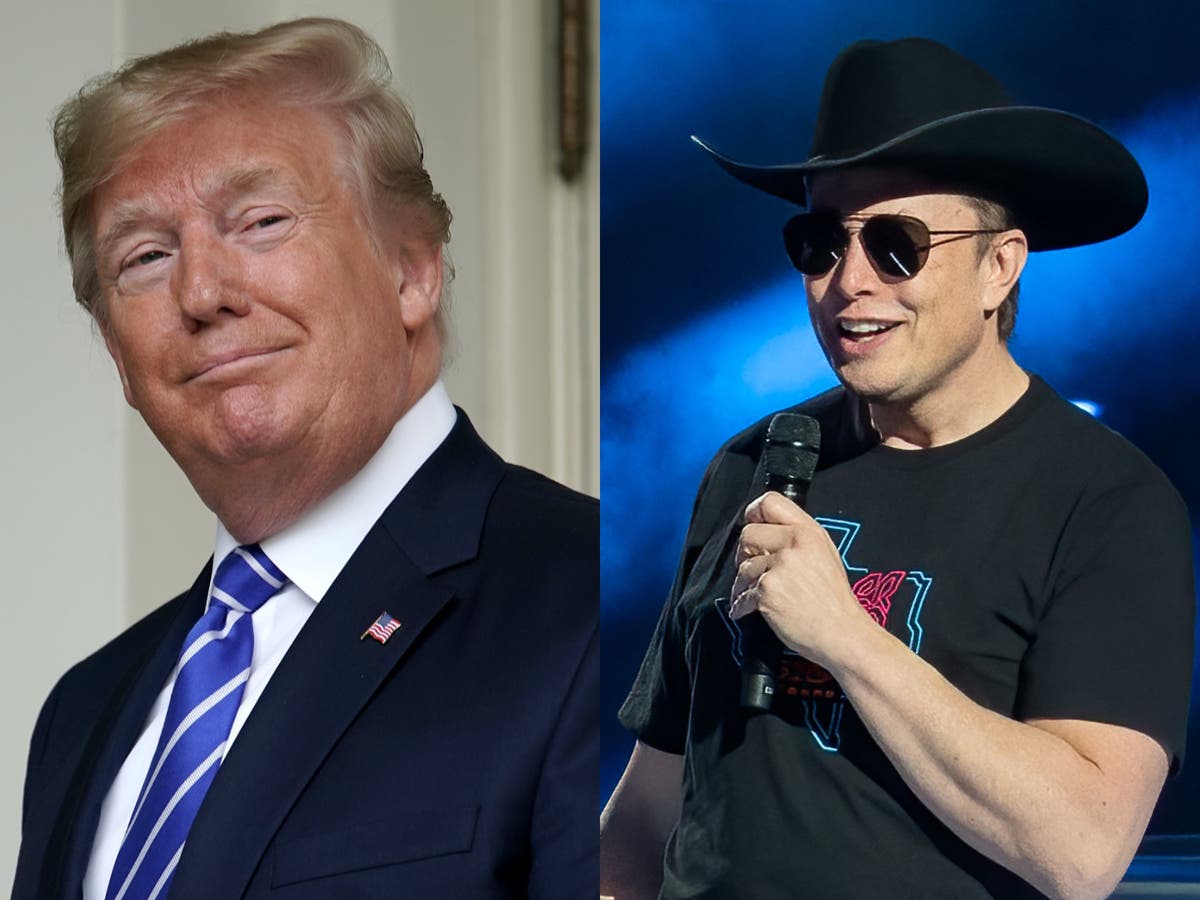 Donald Trump is reevaluating his lawsuit against Twitter in the wake of Elon Musk’s propsoed $44bn takeover of the social media platform that the former president remains banned from.

Lawyers for Mr Trump say that they will try and sit down with the Tesla titan once he has gained full control of Twitter, which the company’s board has agreed to sell him for $54.20 per share in cash.

“When all of that happens, we expect to sit down with him (Musk) and talk about the case, see what we can work out,” Mr Trump’s lawyer John P Coale told The Washington Times.

Mr Trump was permanently suspended from Twitter in the wake of the 6 January attack by his supporters on the US Capitol and for denying the legitimacy of Joe Biden’s election victory. He was also banned by Facebook, now called Meta, and Google’s YouTube.

The one-term president then sued all three tech giants to havce his accounts restored and for unspecified damages.

In the lawsuit he also called for Section 230 to be ruled unconstitutional.

That law, which conservatives have threatened to repeal, alllows social media companies to remove posts that are obscene or violate terms of service as long as they do it in “good faith.” The law also exempts the companies from liability for content posted by users on their platforms.

Mr Coale says that dropping the lawsuit against Twitter is a possibility, according to the newspaper.

Mr Musk’s proposed purcahse of Twitter, has led critics to suggest that he may allow banned right-wing figures such as Mr Trump and Marjorie Taylor Greene back ontothe platform.

Following his deplatforming, Mr trump set up his own social media app, Truth Social, on which he made his first post on Thursday.

Mr Trump told Fox News earlier this week that he had no intentions of returning to Twitter, regardless if it was bought by Mr Musk.

“I am not going on Twitter, I am going to stay on Truth. I hope Elon buys Twitter because he’ll make improvements to it and he is a good man, but I am going to be staying on Truth” he said.

The Trump Media & Technology Group social media platform formally launched in March, and after beta-testing it is now live on its new cloud services.