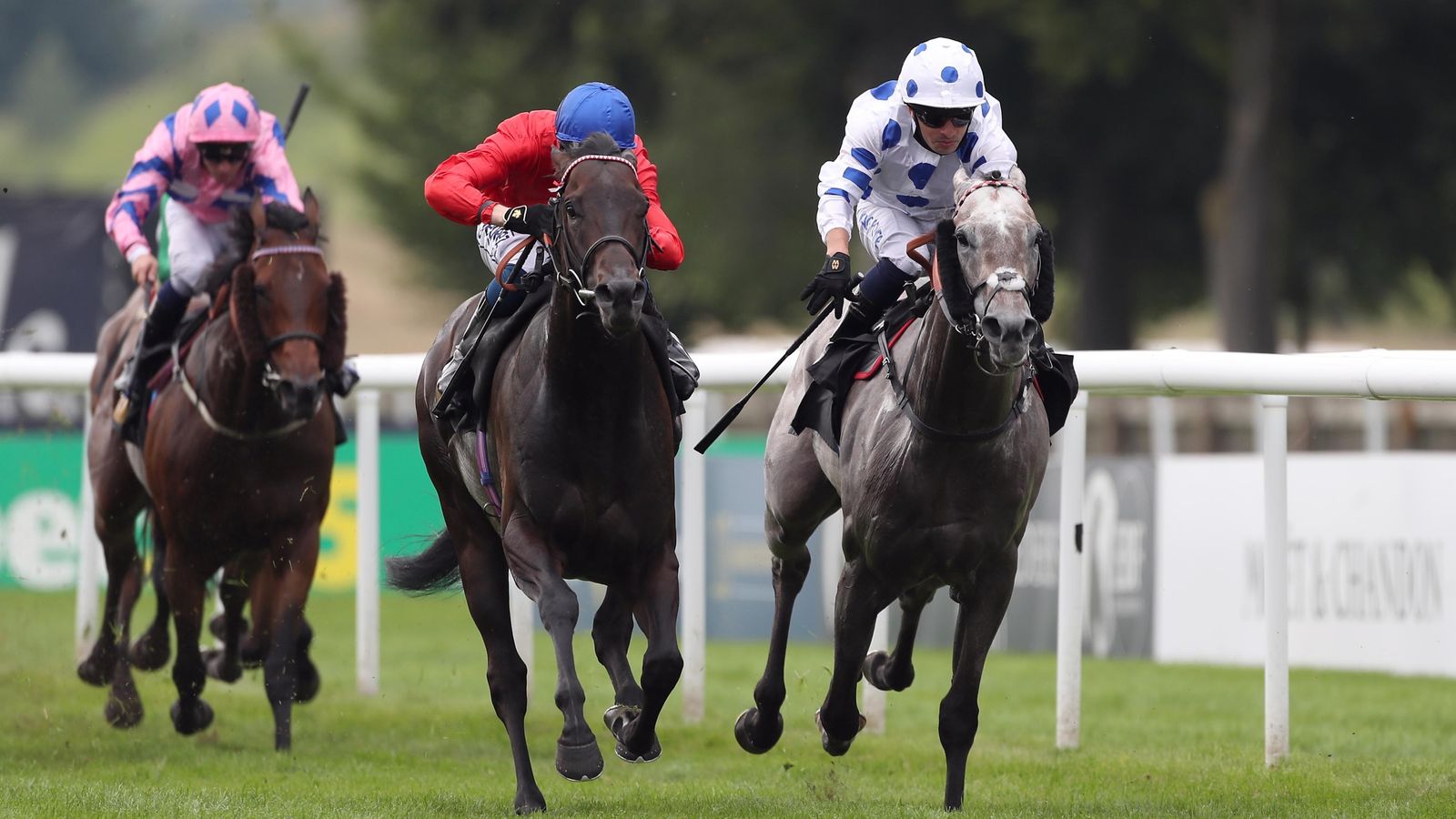 Twilight Calls looks to make his mark at Group level in the Betfair Palace House Stakes following his impressive reappearance over the course and distance at the Craven meeting.

The speedy Henry Candy-trained son of Twilight Son travelled stylishly throughout that five-furlong handicap in the hands of David Probert and was only briefly shaken up before cruising to a comfortable one-length victory.

Candy won this race with the Twilight Calls’ grandsire Kyllachy in 2002, while the sire also tasted Group One success for Candy winning both Haydock’s Sprint Cup and the Diamond Jubilee at Royal Ascot.

Now the Kingstone Warren handler will be hoping the lineage continues to provide him with top-class sprinting operators.

“He’s in good form, he’s worked well and seems in good spirits. He’ll have his ground. It’s a much better race than last time, but he won nicely then so we’re hopeful,” was Candy’s assessment of his charge.

Next in the market is Clive Cox’s Tis Marvellous who will be hoping to follow up a fine 2021. The eight-year-old rolled back the years to win three times last season, with the pinnacle a blistering performance in the Beverley Bullet where he broke the five-furlong track record on the Westwood.

Officially the highest-rated horse in the race, his handler sees this as the perfect starting point for what could be another profitable campaign.

Cox said: “He’s rated 113 and had a phenomenal year last year, especially when breaking the course record in the Beverley Bullet. He’s only run once at Newmarket before and we know he loves Ascot, but hopefully this will be a nice starting point for another good season”

Sprint specialist Robert Cowell saddles two in the form of stable debutant Atalis Bay and the consistent Arecibo, who was runner-up in both the King’s Stand Stakes and Coral Charge last summer before finishing his campaign with a place on the podium in the Listed Prix de Bonneval at Chantilly.

Arecibo was only beaten a neck at Sandown, with Ed Walker’s Came From The Dark proving victorious. The six-year-old was a regular at the business end last season and the trainer is optimistic he can go one better than his neck second in this contest 12 months ago.

Walker told Sky Sports Racing: “He’s done great. He’s had his issues and actually got injured in this race last year. We got him back for Sandown and he got reinjured again with a quirky injury.

“He’s been training great and fair play to my vet Andy Hamilton and his team. They’ve made a few important calls with him and he’s spot on now.

“He’s had a perfect prep and goes there in great shape. The ground is going to be plenty quick enough for him, hopefully it will be safe.

“He definitely prefers a little bit of dig in the ground, but he proved himself versatile last year and we’re excited to get him back on track.

“Here, the Temple Stakes (at Haydock) and the King’s Stand (at Royal Ascot) is his route, so hopefully he can get off to a good start.

“He’s a horse who I think can be very competitive in a King’s Stand – I think a stiff five will be absolutely ideal.”

Hurricane Ivor was a beaten favourite on his final start of 2021, but before that won both the Portland Handicap and the World Trophy Stakes and could have a say in proceedings for William Haggas, while Charles Hills’ Khaadem returns to home soil following a spell in Meydan this winter.

However, one of the most intriguing runners in the field is Roger Varian’s Saint Lawrence, who makes his return following wind surgery. His two previous wins have come over seven furlongs, but the Carlburg Stables boss points to the four-year-old’s record fresh as reasoning to why this drop to the minimum trip could work the oracle.

“He’s got bits and pieces of very good sprinting form. We’re going to learn something about the horse on Saturday. He’s got a good record fresh and he could run very well in what is obviously a good race,” explained Varian.

David and Nicola Barron’s Musselburgh scorer Zarzyni steps out of handicap company looking to continue his run of fine form, with Existent, Mondammej and Whenthedealinsdone rounding off the 12-strong field.