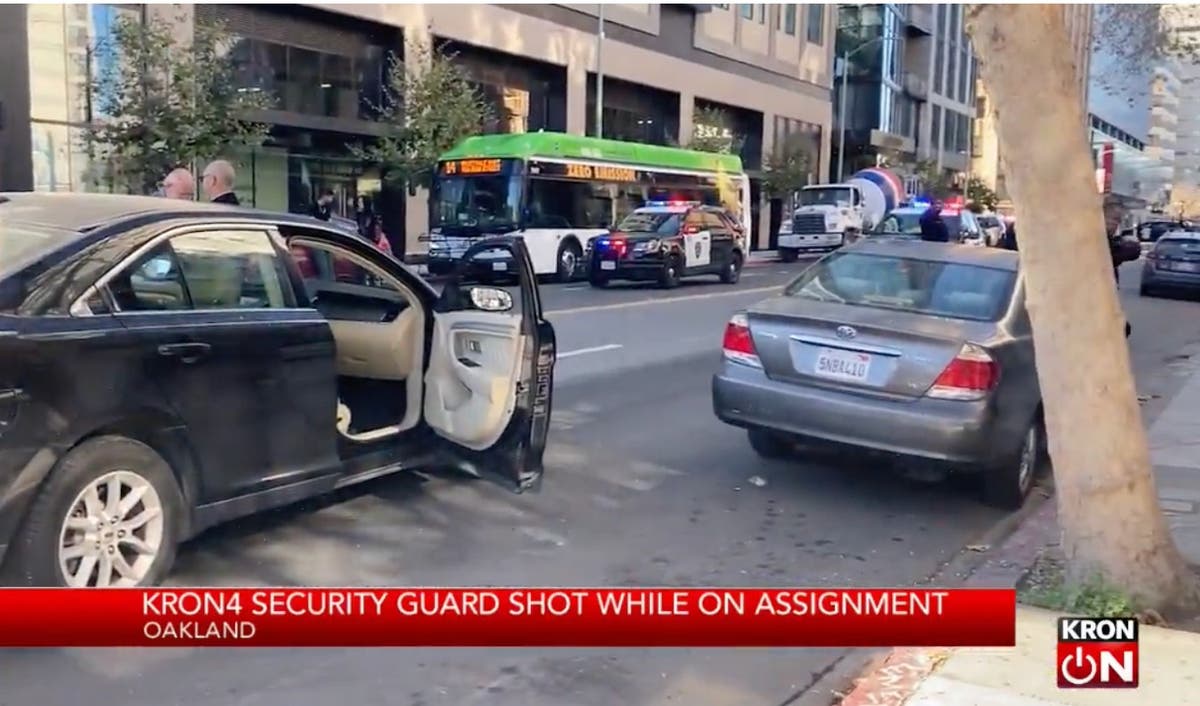 A TV crew reporting on smash-and-grab raids in California were attacked by robbers who shot their security guard.

Police in Oakland say the attack was an attempted armed robbery to steal the KRON4 crew’s camera equipment.

The crew was covering a robbery where 12 thieves wearing masks and hoods raided a clothing store in the city, when the violence unfolded.

Officials say the security guard, who is a former police officer, was shot in the abdomen and taken to Highland Hospital for surgery, where he remains in stable condition.

The KRON4 reporter, who has not ben named by the station, continued to film the unfolding situation as it occurred but was in a shocked condition afterwards.

“As you know it’s been an extremely violent week. We are asking if you were in the area, have a business or live nearby to please check your surveillance footage as you may have captured the crime before, during, or after it occurred,” Oakland police said.

TV stations in the Bay Area, including KRON4, regularly use security guards to protect their crews when covering stories as they have been targeted by thieves,

“At KRON 4, the safety of our personnel is our top priority which is why we assign security to reporters when working in the field. Most importantly, our thoughts and prayers are with the security guard and his family and we wish him a complete recovery,” KRON4’s Vice President and General Manager Jim Rose said in a statement.

Police and the guard’s security company have offered a reward of $17,500 total leading to the arrest of the individual, or individuals involved in the incident.