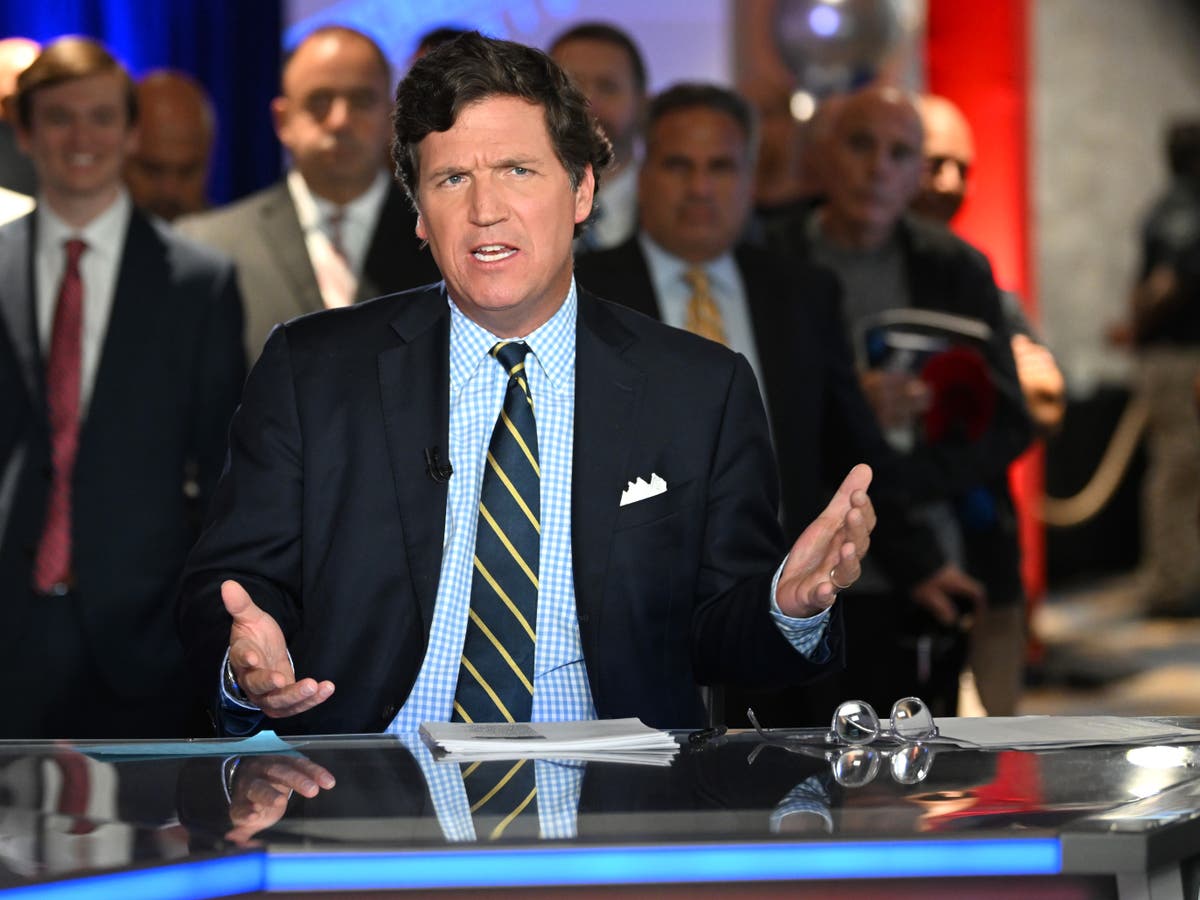 Fox News host Tucker Carlson played down the anti-LGBT+ hate that appears to be behind the mass shooting at a Colorado Springs gay club where five persons were killed and another 25 sustained injuries.

Anderson Lee Aldrich, 22, stormed inside Club Q and opened fire with an AR-15-style rifle, just before midnight on Saturday. He was shortly subdued by “heroic” patrons, who hit the gunman with his own weapon.

In the wake of the mass shooting, the right-wing news presenter brushed off the gunman’s motive, suggesting that Mr Aldrich was “clearly a troubled person”.

“So the most obvious question is why did he shoot 30 people? The truth is we don’t know,” he said during The Tucker Carlson Tonight show on Monday.

“We do know he was clearly a troubled person,” Mr Carlson said, adding that the gunman was arrested in 2021 for threatening his mother with a homemade bomb.

Mr Carlson continued: “Threatening to murder his own mother did not prevent him from buying a firearm even under Colorado’s so-called red flag law, which is designed to prevent that very thing.”

“As for Aldrich’s motive in shooting strangers, we can only guess and we are not going to guess because guessing would be dishonest and irresponsible.

“We are not going to guess because it would dishonour the memories of the five people just murdered in Colorado Springs.”

The conservative host then went on to disparage president Joe Biden and his allies who he claimed used the tragedy as a pretext to call for gun control and a clampdown on free speech.

Addressing the audience, he said: “These murders became a pretext for more censorship of free speech. You are responsible for this, they told you.”

He added: “Anderson Lee Aldrich committed mass murder because you complained about the sexualising of children.”

He falsely claimed that genital mutations are being committed on minors.

He rued: “Every time you object to drag time story hour for fifth graders or point out that genital mutilation is being committed on minors — which it is — every time you say that, you are putting people’s lives at risk.”

Meanwhile, the gunman was arrested on suspicion of hate crime and five counts of first-degree murder.

Russia threatens to cut supply of gas through Ukraine