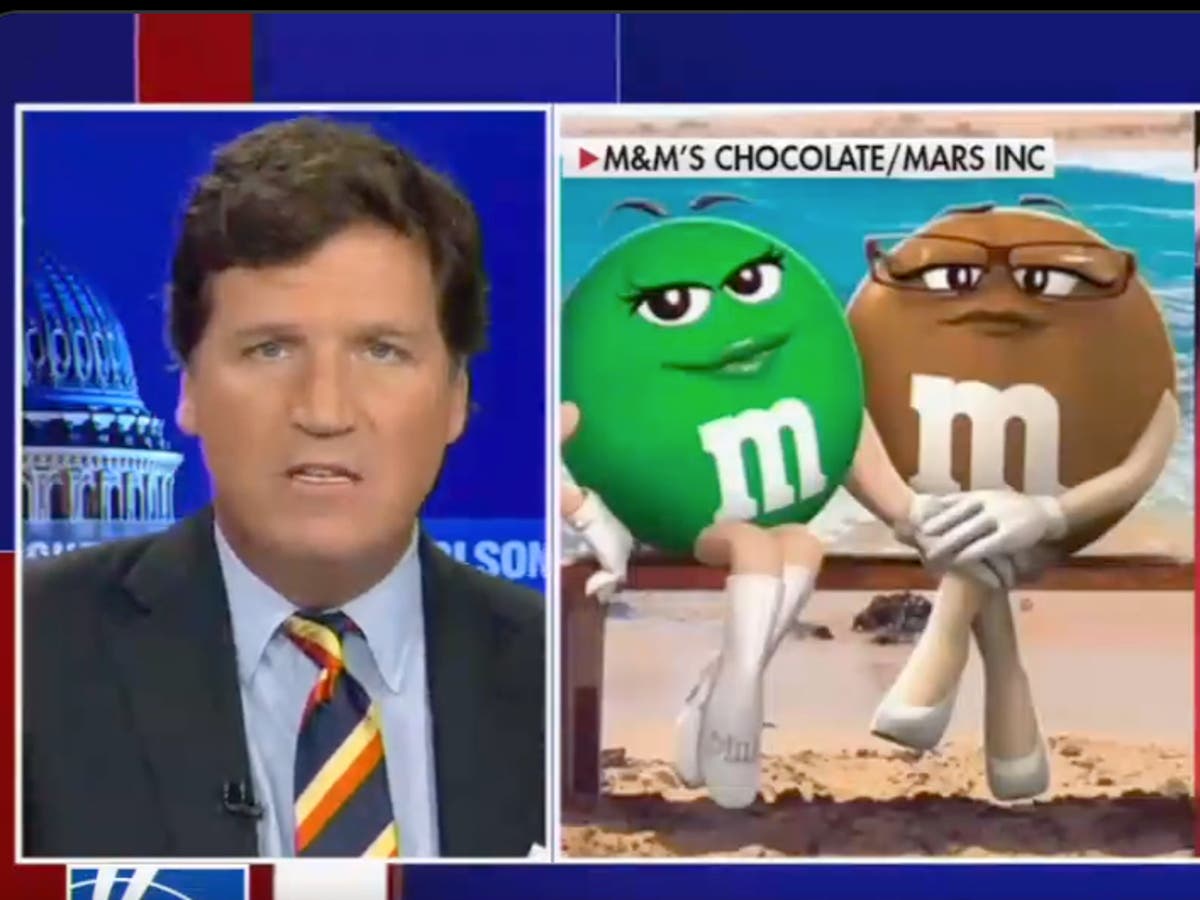 Tucker Carlson took a victory lap on his Fox News show after his complaints that the cartoon candy mascots for M&M’s weren’t attractive enough and were too “woke” forced the candy company to discontinue the use of its characters.

During a Monday broadcast, Mr Carlson said he was being “blamed” for the death of the decades-old mascots.

“The M&M’s pro-fat M&M ad campaign seems to have ended, we’re being blamed for it,” the entertainer said, smiling. “We say that with some pride.”

This ends a long battle for Mr Carlson, who spent the last year complaining that the mascots went “woke” after the company decided to change the designs of the characters.

Approximately a year ago, Mars Wrigley — the parent company for M&M’s — released new looks for it cartoon mascots, noting at the time a desire for the characters to fit into a more “dynamic” and “progressive world.”

Those changes included shortening the legs of the green M&M character, which had long been presented as the “sexy” in advertising. The company also replaced the character’s high-heeled boots with sneakers.

That was enough to rile up Mr Carlson, who responded to the changes with complaints that the company was stripping the sex appeal from the cartoon candy to pander to liberals.

The candies irked him again, apparently, as he revisited the topic about a year later. This time, Mr Carlson complained about the inclusion of “obese and distinctly frumpy lesbian M&Ms” to celebrate feminism.

He’s referring to a promotion the company ran featuring limited-edition bags filled with only green, brown, and purple M&M’s — which are presented as women in the company’s advertising — meant to raise money for women in creative fields.

On Monday, M&M’s released a statement on Twitter saying its cartoon character mascots had become politically polarising, and announced an “indefinite pause” on their use.

Instead, the company will be replacing them with comedian Maya Rudolph, a spokesperson it says “American can agree on.”

That remains to be seen. Despite conservative complaints about “cancel culture,” this isn’t the first time right-wing ideologues have taken aim at companies and organisations deemed too woke.

After coffeemaker Keurig pulled its ads from Sean Hannity’s Fox News show, his followers filmed themselves smashing their own machines in protest.

In 2017, when NFL players — largely inspired by Colin Kaepernick and others — began kneeling during the National Anthem to protest police brutality, some conservatives began burning their jerseys to show their displeasure. A year later they would do the same to their Nike socks.

In 2020 and the wake of George Floyd’s murder by Minneapolis police officers, NASCAR announced it would ban the use of the Confederate flag at events. This set off multi-state protests by conservatives furious about the announcement, according to Insider. At one point, a disgruntled fan paid to fly a plane over the Talladega Superspeedway towing a banner that read “Defund NASCAR.”