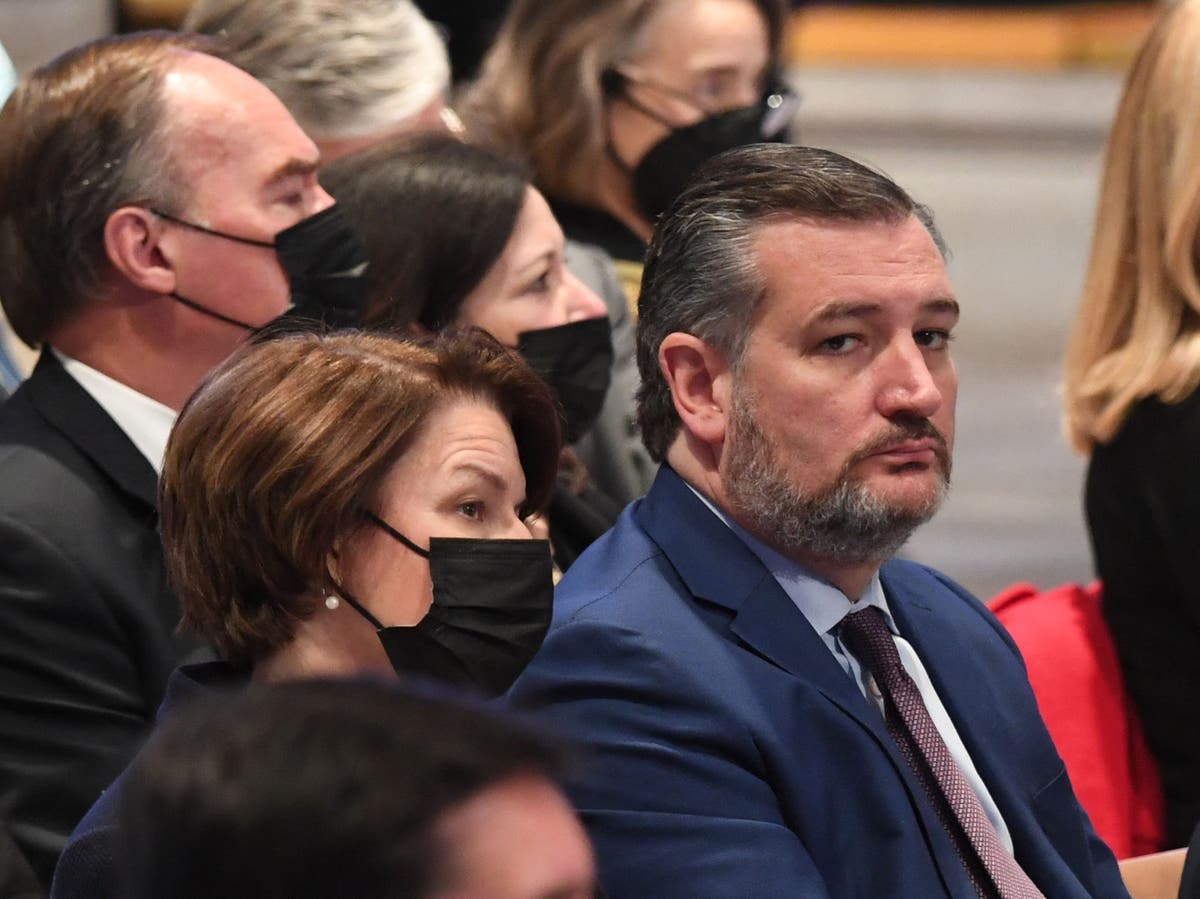 Mr Carlson has gained a reputation as one of the media’s staunchest defenders of the 6 January rioters, which is currently being investigated by Congress.

By contrast, Texan Senator Cruz, who previously objected to the certification of President Joe Biden’s election in January 2021, has now attracted scathing criticism from some of his GOP allies for his critique of the insurrectionists.

“We are approaching a solemn anniversary this week,” Cruz said in a Senate Rules Committee hearing (via the Daily Beast).

“And it is an anniversary of a violent terrorist attack on the Capitol, where we saw the men and women of law enforcement demonstrate incredible courage, incredible bravery, risk their lives for the Capitol.”

Those comments appeared to antagonise Mr Carlson, who has previously suggested the Capitol attack was a “false flag” orchestrated by federal agents in a bid to smear conservatives.

During his Fox show on Wednesday, the far-right broadcaster didn’t hold back.

“What are they [the GOP] busy doing? Repeating the talking points that Merrick Garland wrote for them,” Mr Carlson decried before airing Mr Cruz’s new comments on the Capitol attack.

“Now let’s be honest,” Carlson proclaimed. “Everyone who’s conservative appreciates Ted Cruz. You may not like him. But you’ve gotta appreciate him. He’s legitimately smart. He’s one of the more articulate people to serve in Congress, maybe the most articulate.”

He added that Mr Cruz “doesn’t use a single word by accident”, and that the Texan representative is a shrew lawyer, for whom every word is “used intentionally.” Mr Carlson then mocked the notion of 6 January being an insurrection, before turning his crosshairs back onto one man.

He concluded: “What the hell’s going on here? You’re making us think, maybe the Republican Party is as worthless as we suspected it was. That can’t be true. Reassure us, please, Ted Cruz.”

Bitcoin climbs above key level after US inflation jump