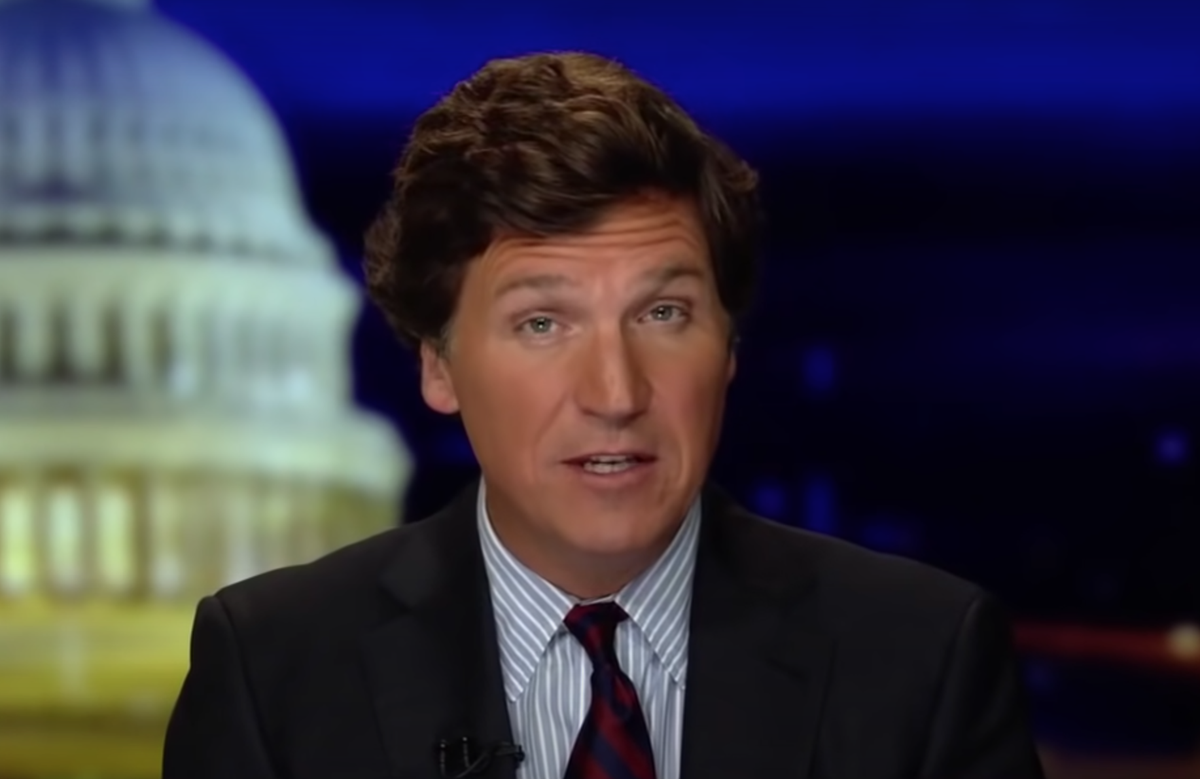 Tucker Carlson admitted during a recent interview with conservative talk show host Dave Rubin that he “sometimes lies” on his show.

The Fox News host appeared on a YouTube programme hosted by Mr Rubin on Sunday and was asked to explain why, supposedly, other TV network anchors lie.

Carlson responded: “I mean, I lie if I’m really cornered or something. I lie.”

He added: “I really try not to. I try never to lie on TV. I just don’t ― I don’t like lying [but] I certainly do it, you know, out of weakness or whatever.”

The 52-year-old host claimed that his rivals at competing cable networks like CNN “systematically” and deliberately lie to protect “the system”.

He added: “So if these people ask themselves why am I doing this? And they say, well, I want to protect the system because I really believe in the system. OK, who’s running the system? You’re lying to defend Jeff Bezos? Like, you’re treating Bill Gates like some sort of moral leader, like, are you kidding me? How dare you do that?”

Rubin, the host of the YouTube show The Rubin Report, had asked Carlson how CNN employees like Chris Cuomo and Brian Stelter “live with themselves…when they just lie again and again and we have the internet to expose the lies.”

Carlson is known to espouse controversial theories with little basis in fact on his programme. In September 2020, Fox News won a defamation suit against Carlson by successfully arguing that “given Mr Carlson’s reputation, any reasonable viewer arrive[s] with an appropriate amount of scepticism about the statement he makes”.

A Manhattan federal judge had ruled that “[Carlson] is not stating actual facts” about the topics he discusses and is instead engaging in “exaggeration” and “non-literal commentary”.

The Poynter Institute’s fact-checking site PolitiFact surveyed 18 statements made by Carlson, finding that only six of those statements had some degree of truth. The others were entirely false.

Mr Gertz was responding to Carlson’s “breathtakingly dishonest claim that refugees are behind the housing crisis”.

This Japanese-inspired waffle towel is a shower game changer

US jobless claims, a proxy for layoffs, hit a new pandemic low