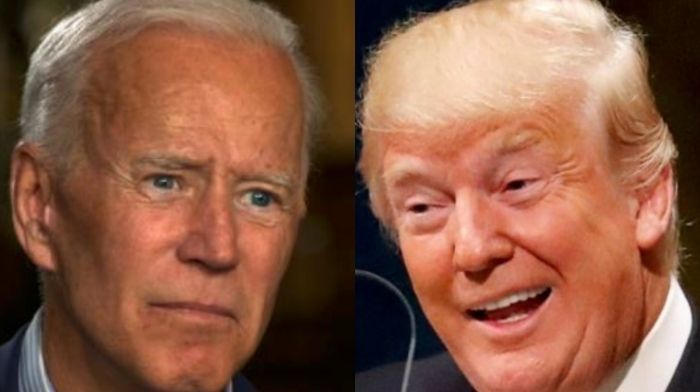 Former President Donald Trump spoke out on Wednesday to voice how worried he is about President Joe Biden’s willingness to negotiate with Iran.

“Iran was willing to do anything, and now they’re going to drive a tough bargain,” Trump told Newsmax host Greg Kelly as he talked about Biden’s negotiations with both Iran and China. “We have them in such great position. Such a shame if we don’t get it done properly.”

During his time in office, Trump canceled the Iran deal that had been negotiated by former President Barack Obama. Trump made this move despite the fact that many in the Washington establishment was against him doing so.

“The fact is this was a horrible, one-sided deal that should have never, ever been made,” Trump said as he cancelled the deal in May of 2018. “It didn’t bring calm, it didn’t bring peace, and it never will.”

In his interview on Wednesday, Trump said he is saddened that he was not able to conclude tough negotiations with Iran and China before Biden and the Democrats took power.

“The Democrats have it as America last, because they’re willing to give everything up to China,” he said.

Trump also claimed that Biden will not be tough on China because of his family’s financial ties to the Chinese.

“His family’s involved with the Chinese, certainly, a long time and a lot of money,” Trump said.

This comes after the Biden administration announced that the U.S. would accept an invitation from the European Union to attend a meeting of the participants in the original Iran nuclear agreement.

“The United States would accept an invitation from the European Union High Representative to attend a meeting of the P5+1 and Iran to discuss a diplomatic way forward on Iran’s nuclear program,” said State Department spokesman Ned Price, according to the Associated Press.

The U.S. has not participated in a meeting of this nature since Trump backed out of the Iran deal.

One month before Biden took office, Iranian President Hassan Rouhani said that there was “no doubt” Biden would “bow” to Iran when it came to returning to the nuclear deal.

“I have no doubt that the heroic national resistance of Iran is going to compel the future U.S. government to bow … and the sanctions will be broken,” Rouhani said, according to The Washington Post.

This piece was written by James Samson on February 20, 2021. It originally appeared in LifeZette and is used by permission.

Joe Biden To Travel To Storm-Ravaged Texas This Week

Taraji P. Henson Shares That She Only Made $40,000 For Her Role In ‘The Curious Case Of Benjamin Button’