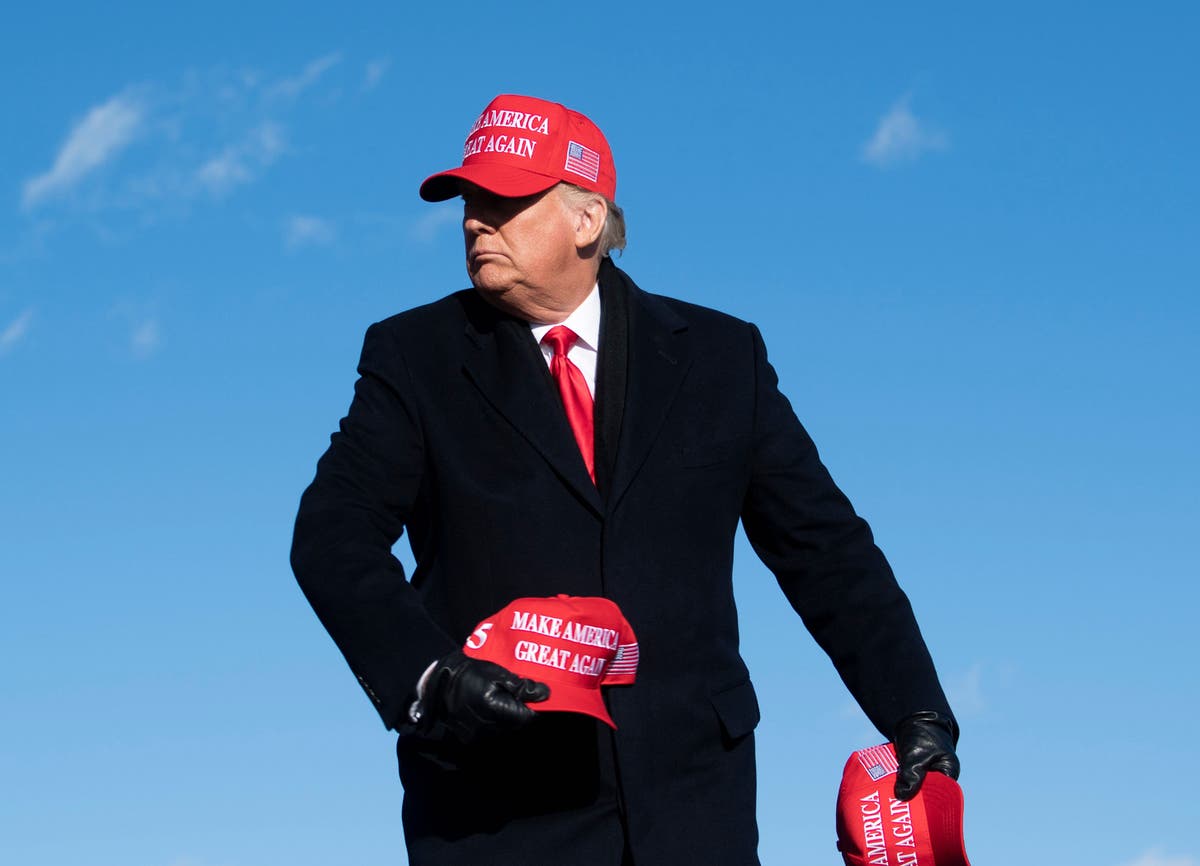 Former president Donald Trump used a space adjacent to the Oval Office as a “gift shop” where visitors could take free “Make America Great Again” swag for themselves, according to a new book by a pair of New York Times reporters.

According to a copy of This Will Not Pass: Trump, Biden, and the Battle for America’s Future obtained ahead of its 3 May release date by The Independent, authors Jonathan Martin and Alex Burns learned about the MAGA paraphernalia giveaway from Phil Murphy, the Democratic governor of New Jersey.

Mr Murphy said he discovered the president’s campaign gear stash while visiting the White House early in 2020 when Mr Trump showed it to him.

“They literally hand you a shopping bag, and you took anything you’d like, he recalled.

Mr Trump’s brazen use of the White House to distribute campaign souvenirs was just one way his administration disregarded longstanding norms under which presidents refrained from using the West Wing for campaign purposes.

After North Carolina and Florida officials stymied his plans for a packed convention that would’ve conformed to his desire to downplay the Covid-19 pandemic, Mr Trump instead decided to give his acceptance speech for the 2020 Republican presidential nomination from the White House.

A report by the Office of Special Counsel, a US government watchdog which monitors compliance with ethics laws, found “ambiguities” in existing laws that allowed the president to engage in political activity on the White House grounds, but cited the use of the White House as the site of a naturalisation ceremony during the event as a violation.

Watering at Epsom ahead of forecast dry Derby meeting

Which League Two players have been released?