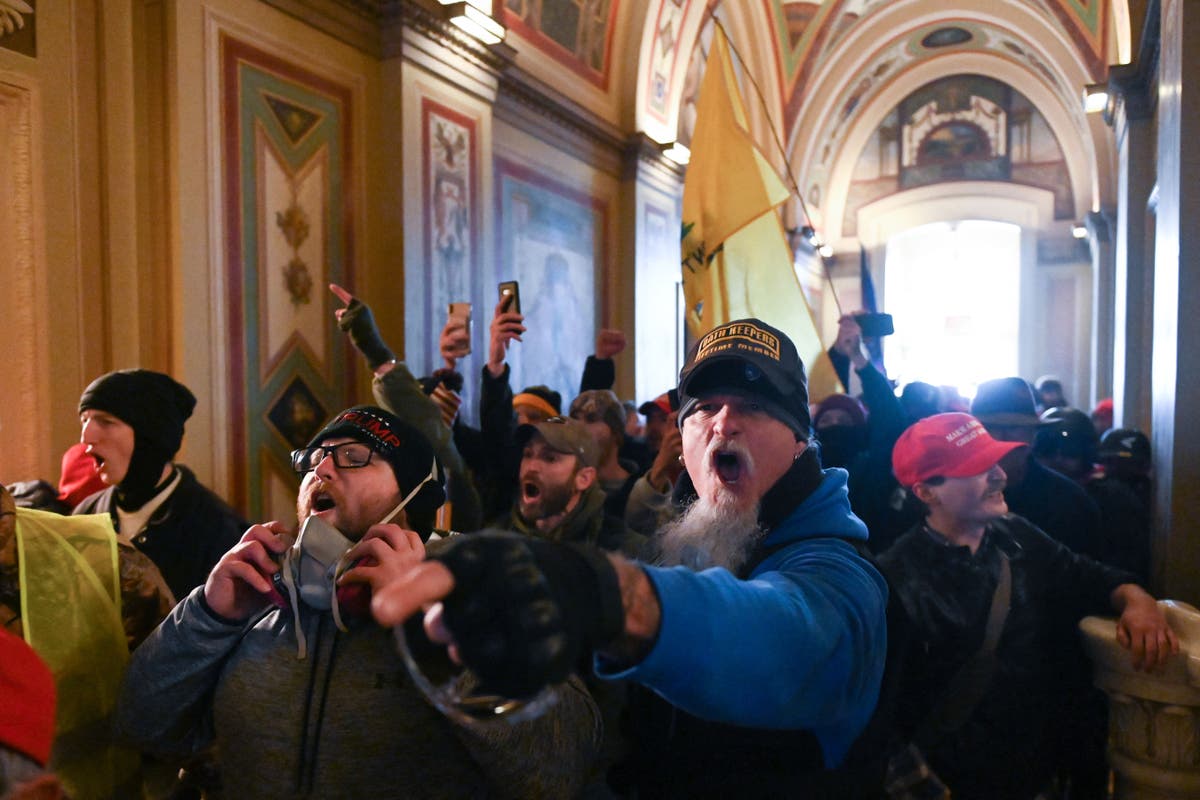 Donald Trump has called his January 6 crowd “well behaved” hours before the fourth House hearing connecting him to the insurrection.

The one-term president defended his supporters’ actions, despite more than 140 police officers being injured in the line of duty in the riot that followed his “Stop the Steal” rally.

“Most importantly they don’t want to talk about the election results, because if they do we win hands down, we have all the information, they refuse to talk about it and that’s why people went there on January 6th,” Mr Trump said in a Monday night appearance on the right-wing Newsmax channel

“And, I’m talking about the people that went there to also listen to speeches. It was the largest group that, I think, I have ever seen or made a speech to. I have never seen anything like it and they were well behaved. So many people and nobody ever talks about that.”

More than 865 people have so far been arrested and charged in connection with the pro-Trump riot.

The House January 6 select committee will use Tuesday’s next hearing to show how Mr Trump knew his attempts to pressure elected officials in Georgia and Arizona into helping him reverse his 2020 election losses in those states could lead to violence, according to select committee aides.

The panel’s fourth hearing will take place at 1pm ET and will feature a string of officials who the former president tried to bend to his will, even after he was warned that his preferred course of action was illegal.

“What you will hear during this hearing will demonstrate that President Trump and his allies drove a pressure campaign based on lies,” a select committee aide said on Monday. “These lies led to threats to put state and local officials and their families at risk. These lies perpetuated the public’s belief that the election was stolen and tainted by widespread fraud, and … contributed to the violence of January 6”.