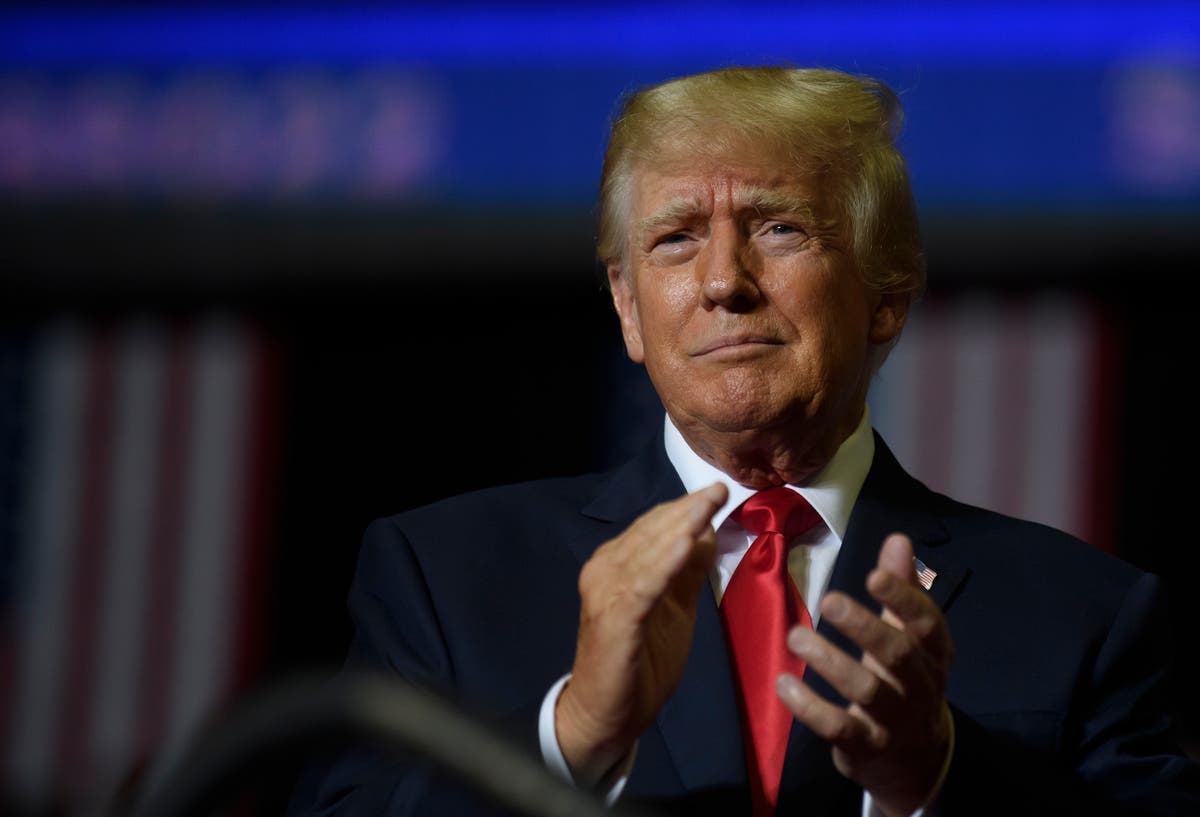 Donald Trump has fired off a stream of Truth Social posts about a possible 2024 run for the White House.

Mr Trump linked to a text on the website American Thinker with the headline “Donald Trump Must Be The 2024 Republican Nominee” before linking to a CNN report stating that “Trump fields calls from Republican allies to speed up 2024 bid after FBI raid”.

He then shared a story from Townhall.com which said, “The Washington Establishment Fears A Second Term Trump”.

The former president also shared a second story from the American Thinker, which said “History is calling Donald Trump”.

Mr Trump also posted a story arguing that he should announce a 2024 run before the midterms, something many Republican Party insiders don’t want him to do.

Amidst the torrent of posts, Mr Trump posted an article from the Express in which former UKIP and Brexit Party leader Nigel Farage said that the “survival of western civilisation” could be decided at the next US election.

According to the paper, Mr Farage was upbeat about the outlet’s most recent poll showing Mr Trump in the lead in a matchup with Joe Biden.

Mr Trump also shared yet another post from the American Thinker, in which the headline simply said that “Trump is running”. Another article argued that “Donald Trump Must Be The 2024 Republican Nominee”.

The former president is in legal trouble stemming from an investigation into his business practices by the New York state attorney general.

Letitia James tweeted on Wednesday: “Today, I filed a lawsuit against Donald Trump for engaging in years of financial fraud to enrich himself, his family, and the Trump Organization. There aren’t two sets of laws for people in this nation: former presidents must be held to the same standards as everyday Americans.”

“With the help of Donald Jr, Eric, Ivanka, and other defendants, Trump variously unlawfully inflated and deflated his net worth by billions to obtain and satisfy loans, get insurance benefits, and pay lower taxes. In short, he lied to gain massive financial benefits for himself,” she added.

Ms James tweeted that her investigation “found that Trump, his family, and the Trump Org used fraudulent and misleading asset valuations over 200 times in 10 years on his annual financial statements. These statements were then used to obtain hundreds of millions of dollars in loans and insurance coverage”.

The former president then went on to post a series of links to articles defending him against allegations that he mishandled classified documents.

Mr Trump is under investigation regarding the handling of the top secret files by the Department of Justice.

US frees some aid for Egypt, claiming progress on abuses