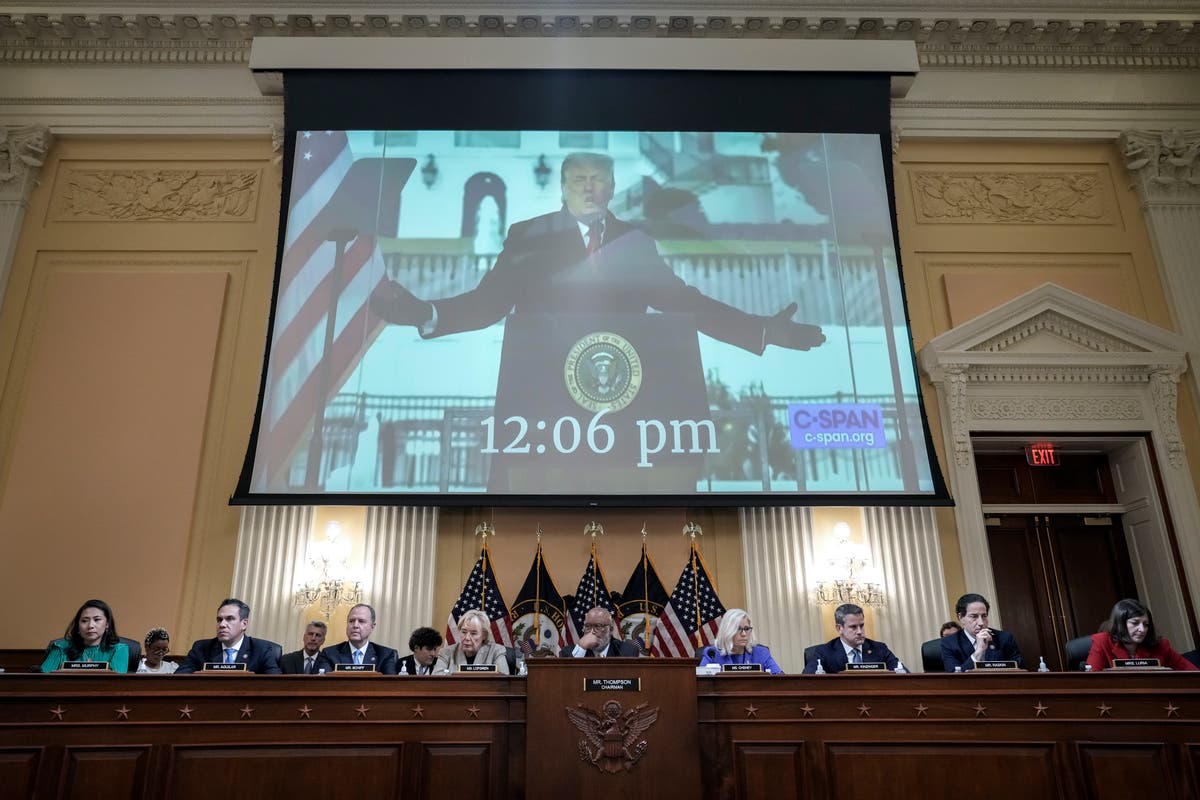 Former president Donald Trump responded to a revelation from the House select committee investigating the riot at the US Capitol on January that he agreed with rioters that his vice president Mike Pence should be hung.

“I NEVER said, or even thought of saying, ‘Hang Mike Pence’”, Mr Trump said on his own social media platform Truth Social. “This is either a made up story by somebody looking to become a star, or FAKE NEWS!”

Rioters who broke into the US Capitol on January 6 were filmed yelling “Hang Mike Pence.” During her opening remarks at the select committee’s first prime time hearing on Thursday, Ms Cheney revealed Mr Trump’s reaction.

“You will hear that president Trump was yelling. He was really angry at advisers that told him he needed to be doing something more”, Ms Cheney said. “And aware of the rioter’s chants to hang Mike Pence, the president responded with this sentiment: ‘Maybe our supporters have the right idea. Mike Pence deserves it.’”

Commonwealth countries set to meet in Rwanda: What to expect