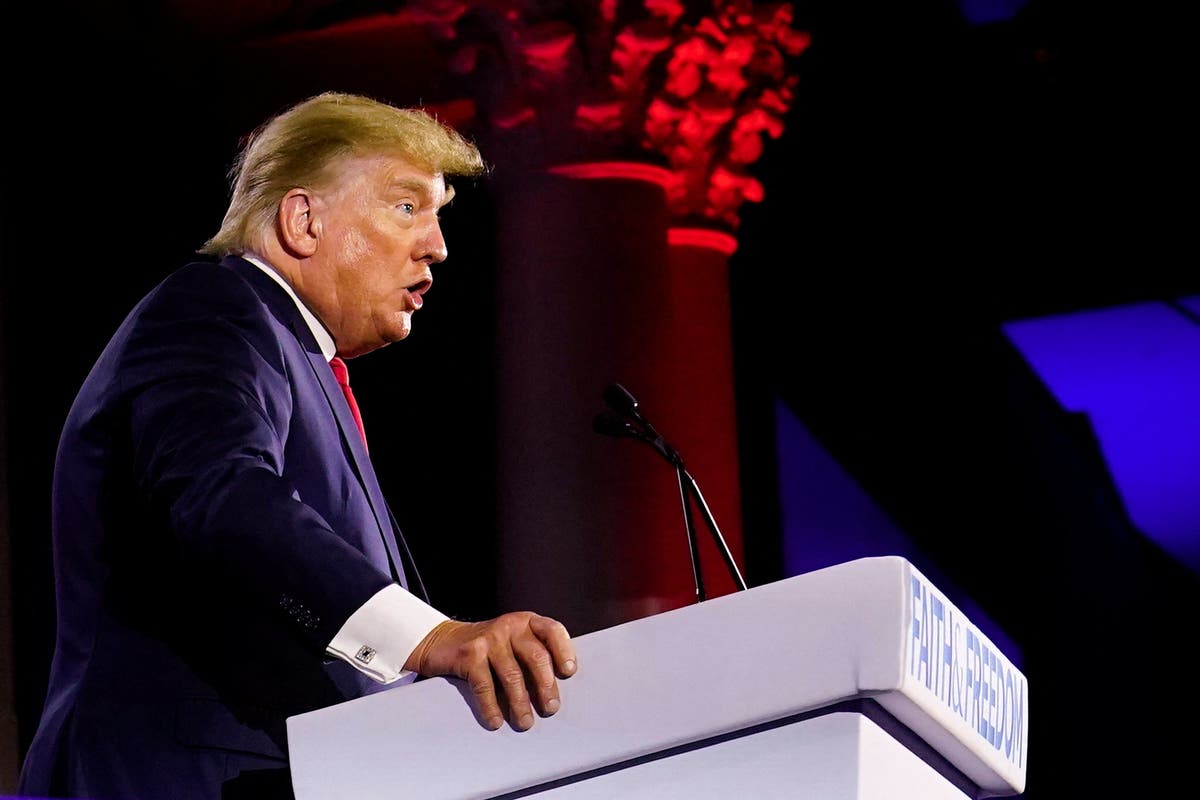 A right-wing radio host complained to Donald Trump about the Jan 6 committee and speculated to Mr Trump that Democrats wanted to see the ex-president in prison.

Wayne Allyn Root made the remark to Mr Trump in an interview with the ex-president for his syndicated radio show The Wayne Allyn Root Show. His complaints centred around the recent arrest and indictment of Peter Navarro, Donald Trump’s ex-trade adviser, for contempt of Congress.

“When they arrest a Peter Navarro, who’s next? You?” Mr Root asked. “Are they gonna try and take you out of Mar-a-Lago in shackles? This is insanity!”

Mr Trump did not react to the imagery of him in shackles, the same thing he said should happen to Hillary Clinton in 2016 as he hammered her over her use of a private email server at the State Department and falsely accused her of a litany of crimes.

The 45th president has continued to fume at the January 6 committee in recent days as the panel’s investigation continues to turn up more testimony from those around him who told the committee how Mr Trump pursued conspiracies about the 2020 election against their advice and warnings.

He has raged at the panel as an unfair smear campaign targeting his political interests even as members of his own family have appeared on-camera in the committee’s testimony to refute his claims of election fraud.

Now, speculation has centred in recent days around whether Mr Trump himself will face criminal charges over the assault on Congress. On Sunday, Republican Rep Adam Kinzinger said that he believed there was enough evidence already uncovered by the panel to charge Mr Trump with seditious conspiracy against the United States.

The Justice Department will have the final say over whether Mr Trump will face criminal charges and thus far has yet to indict any persons of note from the Trump administration or campaign in connection with January 6.

Inside the race to save Ukraine’s greatest treasures