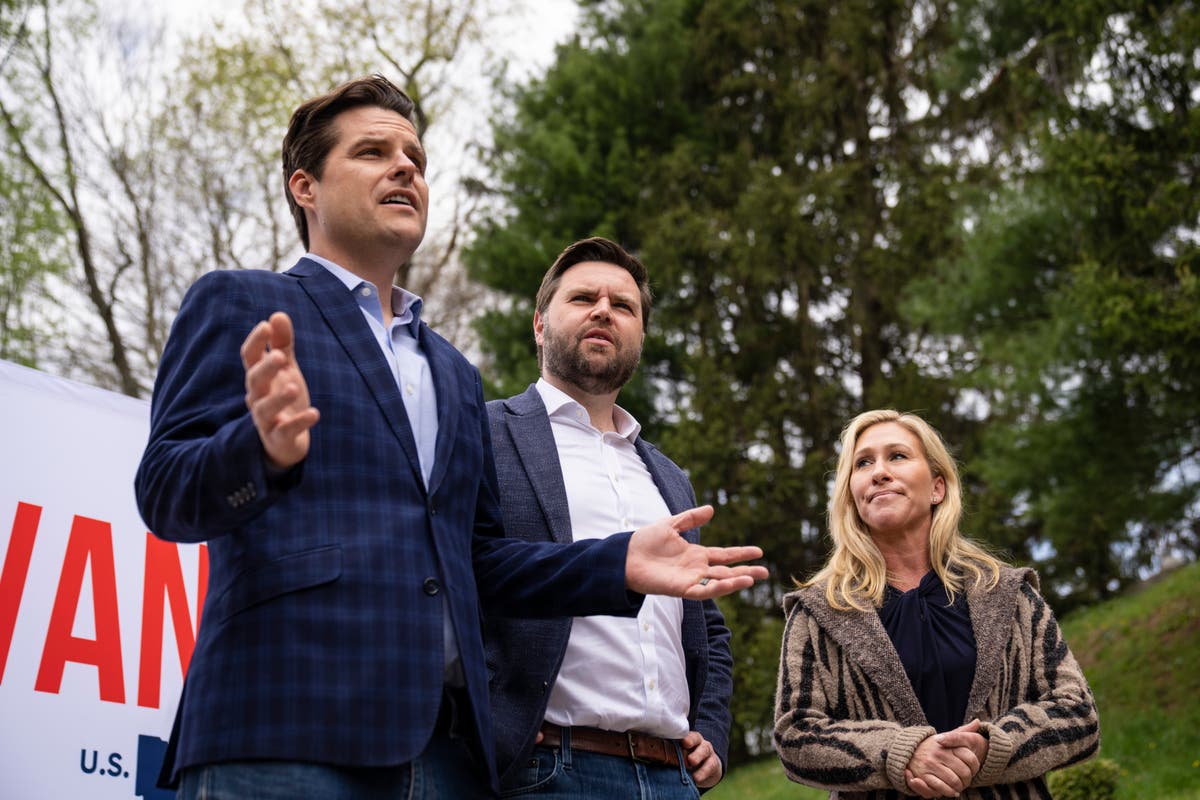 The House select committee investigating the January 6 riot at the Capitol will convene for its first prime time hearing on Thursday evening. But don’t expect former president Donald Trump’s biggest apologists in the House of Representatives to be watching.

“I think I’ll be on a flight,” Representative Matt Gaetz told The Independent on Wednesday. Mr Gaetz has been one of Mr Trump’s most vocal proponents in the House and has even said that he would vote to nominate the former president as speaker of the House if Republicans win back the majority in November.

Meanwhile, Representative Marjorie Taylor Greene said that she will not be watching.

“I’m probably just going to do something different,” she told The Independent. Ms Greene is one of the biggest promoters of the the Big Lie that the 2020 election was stolen, and she was removed from her committee memberships shortly after 6 January. She’s also downplayed the severity of the attack on the Capitol.

“The American people are fed up with this over-dramatisation of a riot that happened here at the Capitol one time,” she said back in April. Ms Grene did not have any further details about what her plans would be for Thursday evening.

“I haven’t decided yet,” she said. “I really don’t have any plans.”

Representative Lauren Boebert of Colorado was similarly taciturn to The Independent.

“I don’t watch TV,” she said when asked about whether she would watch the hearing.

Ms Greene won her primary in Georgia last month despite a well-funded challenger. Mr Gaetz is likely to cruise to reelection in his deep-red district. Meanwhile, Ms Boebert faces a primary challenger in Don Coram.

The select committee will be bereft of defenders of the president’s actions as House Minority Leader Kevin McCarthy pulled all of his members after House Speaker Nancy Pelosi refused to seat Representatives Jim Banks of Indiana and Jim Jordan of Ohio on the committee. Representatives Troy Nehls of Texas, Rodney Davis of Illinois and Kelly Armstrong of North Dakota would have also been on the committee.

Wisconsin schoolgirl, 12, charged after off-duty cop knelt on her neck while breaking up fight