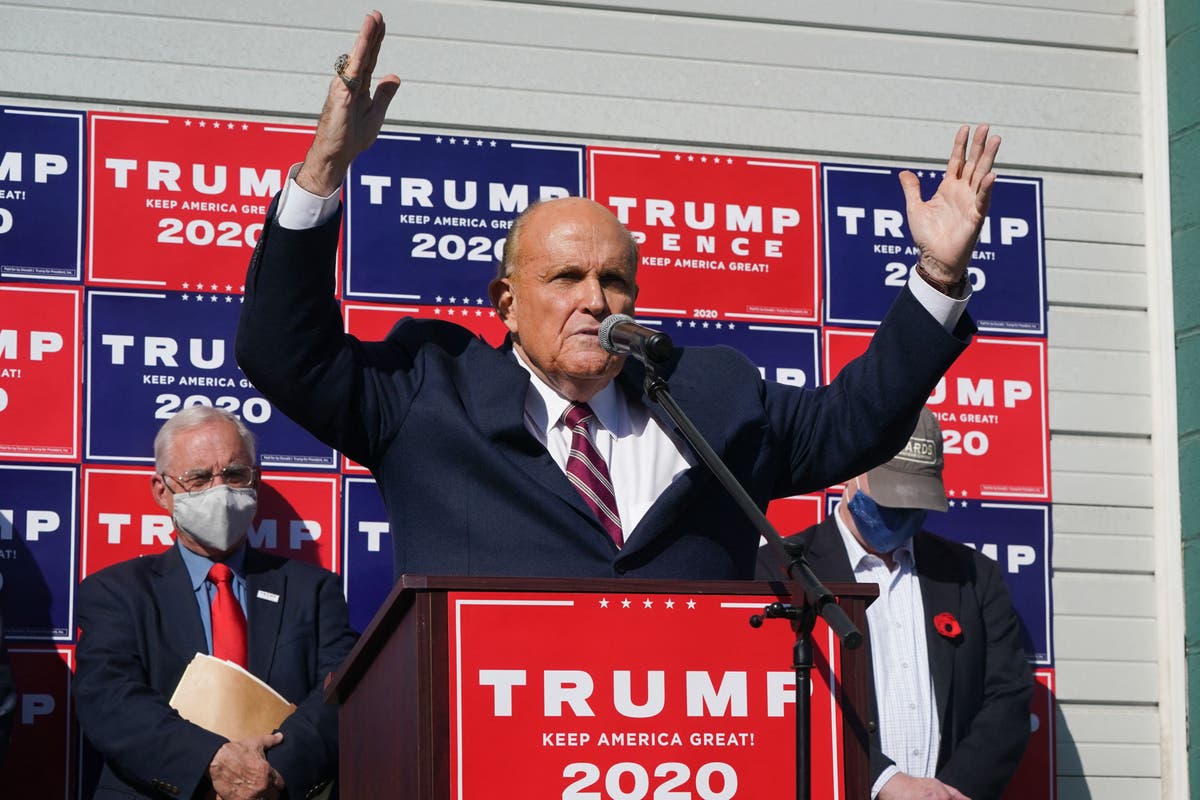 Rudy Giuliani, former US president Donald Trump’s then-personal lawyer, was given the wrong time for a session to prepare Mr Trump for the first presidential debate before the 2020 national elections, reveal excerpts from a new book.

The book, I Alone Can Fix It: Donald J. Trump’s Catastrophic Final Year, claims the clashes took place over diverging approaches to tackling current president Joe Biden in the debate.

The former New York mayor’s approach to the presidential debate did not go down well with others, according to the book.

Mr Christie had suggested Mr Trump only bring up Mr Biden’s son Hunter to throw him off course. Mr Giuliani, however, said Hunter Biden’s business dealings should be discussed in detail during the debate.

“Most of the other advisors found Giuliani’s advice to be ‘supremely unhelpful,’ as one characterised his coaching tips for the president,” said the excerpt from the book.

Mr Giuliani wanted to return to the next preparation session on September 28, a day before the scheduled debate that took place in Cleveland.

There was, however, “a plan in place to tinker with his wishes”, according to Business Insider, citing the book.

“Aides told Giuliani they would be gathering at 2:00 pm, though they were scheduled to start at noon,” the excerpt said.

“They had tricked Giuliani by giving him the wrong time,” it added.

Mr Giuliani was, thus, late for the session and reached only 30 minutes before it ended. The session had Mr Christie standing in for Mr Biden and Ms Conway for Fox News anchor Chris Wallace, who moderated the debate.

The debate was noted for its chaotic nature, with the then candidates insulting each other. Mr Trump repeatedly interrupted Mr Wallace and Mr Biden, who at one time lost patience and shot back at Mr Trump, with the now-famous line: “Will you shut up, man?”