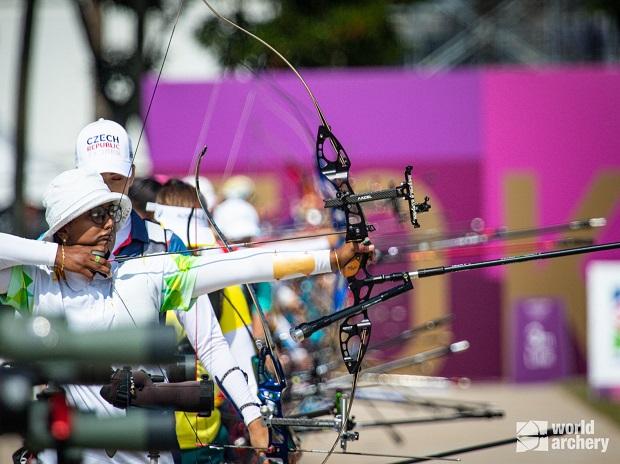 Archer Deepika’s performance in ranking round will help her to avoid the Koreans in the early rounds for the individual competition. Photo: @worldarchery

The rescheduled 2020 Summer Games will kick start today with a grand opening ceremony at the National Stadium in Tokyo amid the shadow of Covid-19 pandemic. The live telecast of Tokyo Olympics 2021 opening ceremony will begin at 4:30 pm IST. However, archers Deepika Kumari, Atanu Das, Tarundeep Rai and Pravin Jadhav will be in action on the inaugural day of 32nd Summer Olympic Games as the individual ranking rounds for men and women begin in Tokyo before the opening ceremony.

Archers, shooters, boxers, and hockey squad among others from the Indian contingent will not be attending the Tokyo 2020 Olympics opening ceremony on Friday with the exception of Mary Kom and Manpreet Singh. Around 50 people will attend the opening ceremony of the Tokyo 2020 Olympics from the Indian side in view of the COVID-19 concerns in the Japanese capital. In the ceremony, India is at serial number 21 in the march past. The sequence of march past is as per the Japanese alphabet and only six officials can participate from each participating nation.