At least 70 people have been killed in mass shootings across the United States so far this year, according to data collected by the Gun Violence Archive (GVA), amid a debate over lax gun laws that has raged for decades.

In the latest incident on Monday, seven people were killed and one critically injured in two related shootings at agricultural facilities in a coastal community in northern California.

The shooting came less than 48 hours after a gunman killed 11 people at a Lunar New Year celebration near Los Angeles, California, on Saturday night. 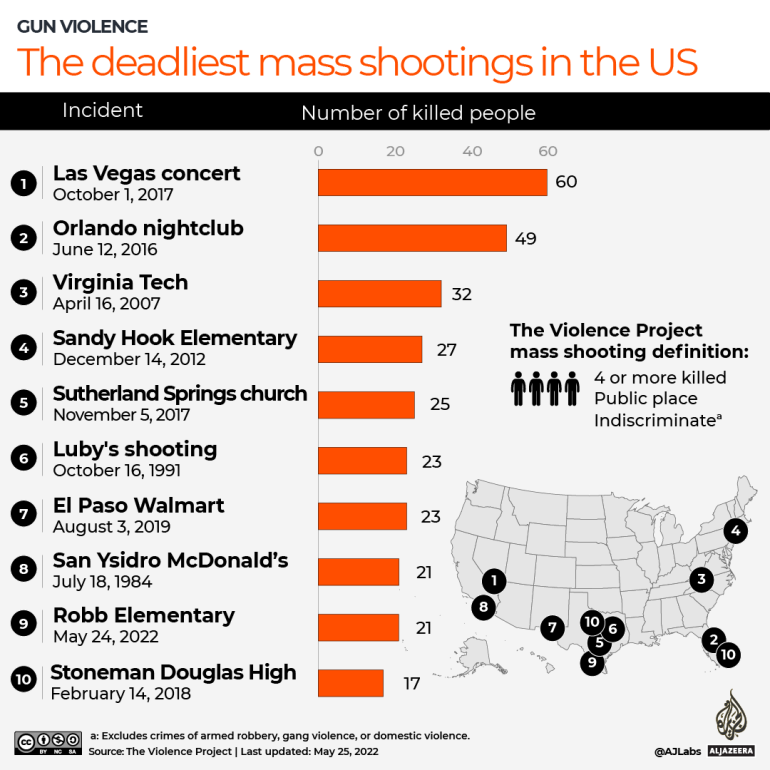 Mass shootings are incidents in which four or more people are shot – excluding the attacker – in a single incident, according to the GVA.

Here is a timeline of mass shootings that have taken place across the US this month so far:

Analysis: A look at China’s history of spying in the US