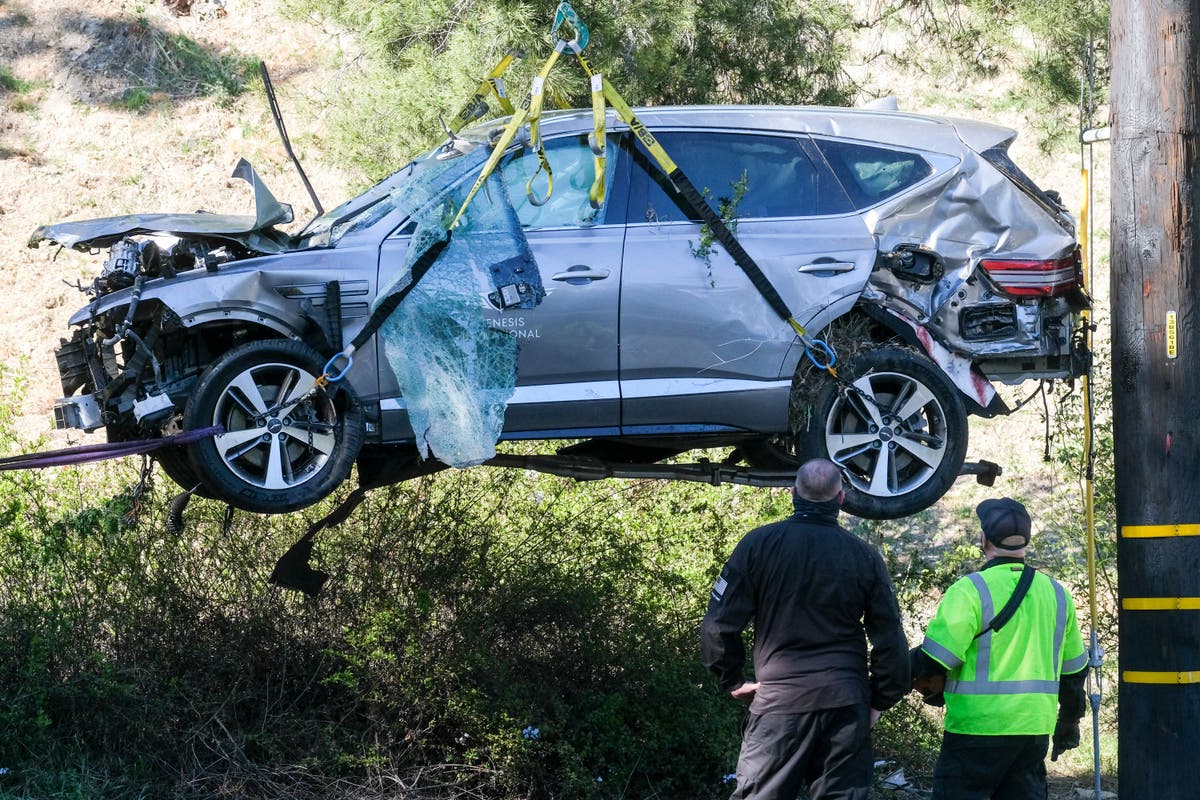 Tiger woods suffered serious injuries including “open fractures” to his legs in a car crash in Los Angeles on Tuesday, according to an update posted on his official Twitter account, but is now “awake, responsive and recovering”.

The golfer was involved in a single-car accident and has undergone a “long surgical procedure on his lower right leg and ankle after being brought to the hospital”, his team said in a statement that included a detailed update from Woods’ surgeon.

“Comminuted open fractures affecting both the upper and lower portions of the tibia and fibula bones were stabilised by inserting a rod into the tibia. Additional injuries to the foot and ankle were stabilised with a combination of screws and pins. Trauma to muscle and soft –tissue of the leg required surgical release of the covering of the muscles to relieve pressure due to swelling,” said Mr Mahajan.

The statement said the golfer is now recovering in the hospital and that he thanked the hospital staff for their support and assistance.

According to local media reports, Woods is understood to have been alone in the car when it crashed and rolled several times.

Police said the golfer was alert when firefighters used the “jaws of life” to open the car’s windshield and get him out.

Police said they checked for alcohol or other signs of him being under the influence of a substance, but none was found.

Deputy Carlos Gonzalez was the first officer on the scene and at a news conference described Woods as “calm and lucid” when he spoke to him.

The deputy added that Woods was wearing a seatbelt may have contributed to saving his life.

“It is very fortunate that Mr Woods was able to come out of this alive,” said the deputy.