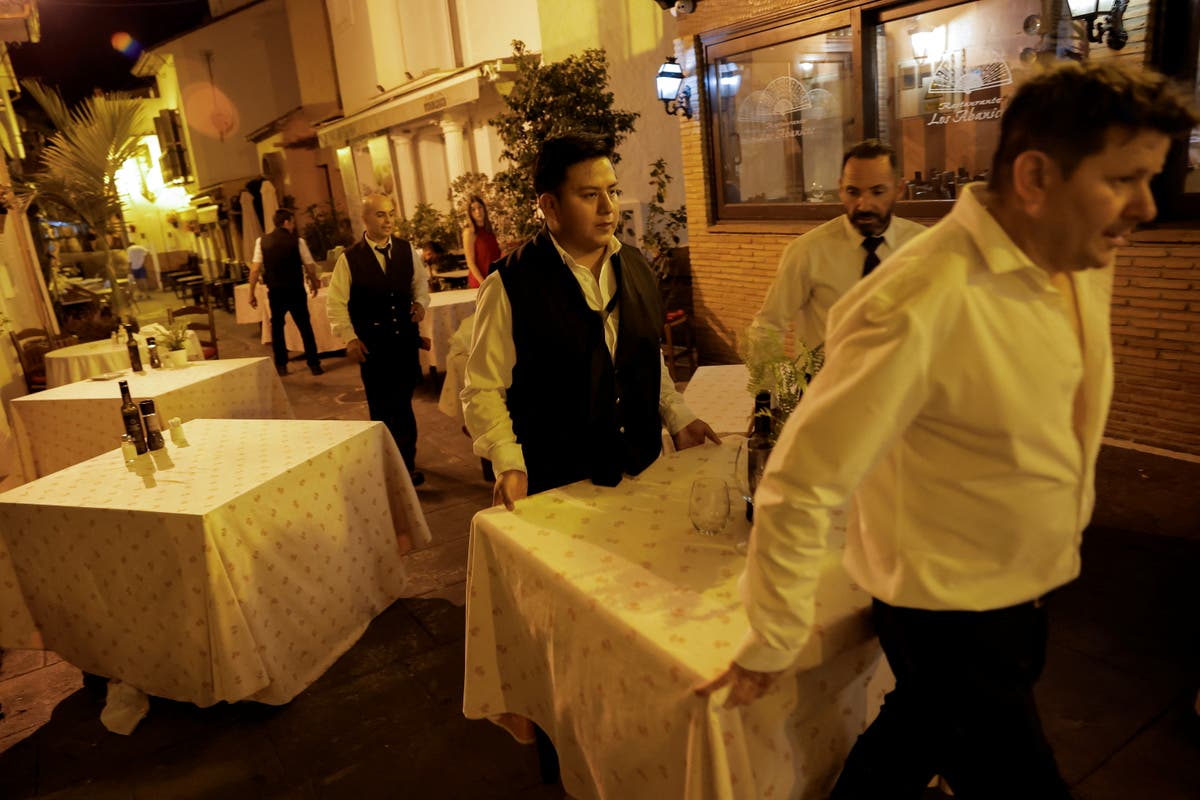 A wildfire raging through southern Spain has forced up to 3,000 people to evacuate their homes, local authorities have said.

Up to 3,000 residents had to leave their properties in the town of Benahavís after the blaze started on Wednesday afternoon in the Sierra Bermeja, a mountain range close to the Costa del Sol, according to the Spanish media.

Benahavis is located just 21 kilometres (13 miles) from the famous resort town of Marbella.

Most evacuees decided to stay with relatives or booked themselves into hotels. The emergency services also set up tents for those who needed accommodation.

Hundreds of firefighters have been sent to tackle the blaze, with three of them sustaining injuries so far, according to the regional president of Andalusia.

Juanma Moreno said one of the victims was sent to Malaga hospital after having 25 per cent of his body burned.

Warm weather and strong winds are making it difficult to contain the blaze, Andalusia’s Wildfire Department (INFOCA) said on Twitter.

Elías Bendodo, a regional minister, said on Wednesday night that the fire was spreading at around 30 metres each minute. “The forecasts are not good,” he added.

Spanish authorities said on Thursday morning that aerial attempts to stop the blaze had to be put on hold because of adverse winds.

However, Manuel Marmolejo, the head of the Provincial Firefighters Consortium of Malaga (CPB), said conditions should become more favourable on Thursday afternoon.

In its latest update on the fire, INFOCA said it had eight aircraft, 10 firefighting vehicles and 500 firefighters at its disposal.

The wildfire comes just months after a blaze tore through the same mountains in September, destroying 30 square miles of woods and bushes. It took 1,000 firefighters and some 50 aircraft to extinguish it.

Two months later, the European Environment Agency warned that climate change was exacerbating the risk of forest fires on the continent.

Neighbouring Portugal, one of the European countries most affected by forest fires, is at particularly high risk of wildfires, given that it is currently experiencing “severe drought” across 97 per cent of its territory.

The month of May this year was the warmest in the country for the past 92 years, its national weather service said.

More than 4,000 arrested in Amhara as Ethiopia cracks down on militia

These dishes made famous chefs fall in love with cooking